Maxwell was convicted of five of six charges by a jury at a federal court in the Southern District of New York. 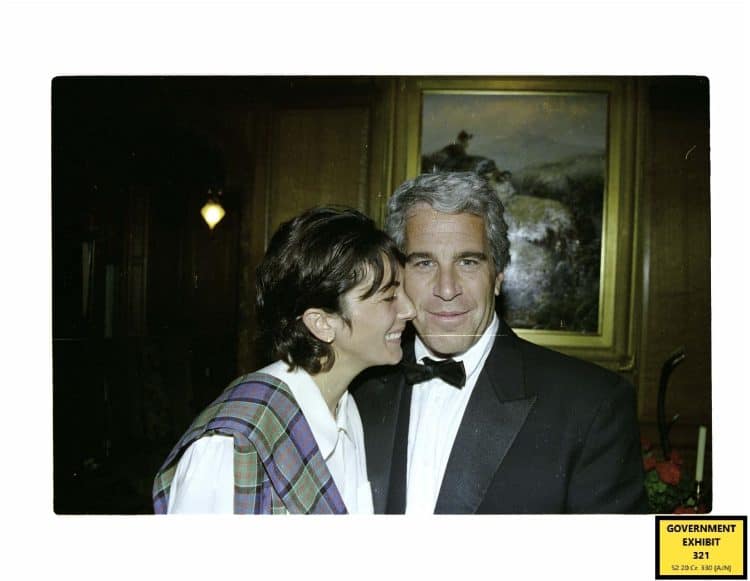 “Predator” Ghislaine Maxwell has been convicted of luring young girls to massage rooms for disgraced financier Jeffrey Epstein to molest.

The 60-year-old British socialite, who was labelled “dangerous” by the prosecution during her three-week trial, helped entice vulnerable teenagers to Epstein’s various properties for him to sexually abuse between 1994 and 2004.

The defendant also asked one of her accusers to undress for a massage and left her “frozen” after rubbing her breasts.

The court in the Southern District of New York heard Maxwell imposed a “culture of silence… by design” at Epstein’s properties, where staff were told to “see nothing, hear nothing and say nothing”.

While the “horrific abuse” was going on, the jury was told how the defendant lived a “life of luxury” – with the prosecution describing the trafficking as a “means to support her lifestyle”.

The jury accepted the prosecution’s case that Maxwell and Epstein’s youngest victim, who was 14 when she was “recruited”, did not know that “this man and woman were predators”.

Maxwell was also accused of transporting a minor with the intent to engage in criminal sexual activity, sex trafficking conspiracy, sex trafficking of a minor and lying under oath by hiding her participation in Epstein’s offences during a separate civil case.

On Wednesday, she was convicted on five of the six counts.

Maxwell was found not guilty of enticing a minor to engage in illegal sex acts – which alleged the defendant coerced one of the accusers, who testified under the pseudonym “Jane”, to travel from Florida to Manhattan so that Epstein could have sex with her.

During her trial, the court heard how Maxwell flew on Epstein’s private planes to his properties where the abuse would happen – including a ranch in Santa Fe, New Mexico, his house in Palm Beach, Florida, his townhouse in New York and his private island called Little Saint James.

She also said Epstein would use sex toys on her “even though it hurt” and did not tell anyone about the abuse because she was “terrified” and “felt gross and ashamed”.

Maxwell’s trial also heard how she told another accuser, who testified under the pseudonym “Carolyn”, that she had a “great body for Epstein and his friends”.

Carolyn said the defendant had touched her breasts in Epstein’s massage room before telling her she had a “great body type”.

Jurors also heard how Carolyn had been introduced to Epstein and Maxwell through Duke of York accuser Virginia Roberts, and that she had been in the same room while Epstein and Ms Roberts had sex.

The third accuser, who testified under the pseudonym “Kate”, said she had a schoolgirl outfit laid out for her by Maxwell before a sexualised massage with Epstein.

Kate said the defendant then told her to take Epstein his tea in the outfit, and when asked by the accuser why the outfit was on her bed, Maxwell said she “thought it would be fun”.

The jury was told Maxwell asked Kate if she knew of anyone who could come to her house and give Epstein oral sex because it was “a lot for her to do”.

The only accuser to testify under her full name, Annie Farmer, told jurors she was left “frozen” when the socialite asked her to undress for a massage and rubbed her breasts.

Ms Farmer said the defendant encouraged her to have a massage after teaching her how to rub Epstein’s feet at the age of 16.

Maxwell’s defence counsel had attempted to distance her from Epstein, but a series of photographs showed the close relationship the pair had.

Described as the “lady of the house” by Juan Patricio Alessi, the housekeeper at Epstein’s Palm Beach home, Maxwell received more than 30 million dollars (£22.6 million) from Epstein in the space of eight years.

She was also shown to have helped construct a household manual for Epstein’s staff in which they were told to “see nothing, hear nothing, say nothing”.

The 58-page document also ordered staff to tell guests they “enjoy doing” their job and “never” disclose Maxwell and Epstein’s activities or whereabouts to anyone.

Epstein was found dead in his cell at a federal jail in Manhattan in August 2019 while he awaited trial on sex trafficking charges.

The death was ruled a suicide.

“One of the worst crimes imaginable”

A statement from the US attorney’s office released following the verdict said: “A unanimous jury has found Ghislaine Maxwell guilty of one of the worst crimes imaginable – facilitating and participating in the sexual abuse of children. Crimes that she committed with her long-time partner and co-conspirator, Jeffrey Epstein.

“The road to justice has been far too long. But, today, justice has been done. I want to commend the bravery of the girls – now grown women – who stepped out of the shadows and into the courtroom.

“Their courage and willingness to face their abuser made this case, and today’s result, possible.

“I also want to thank the career prosecutors of the Southern District of New York, who embraced the victims’ quest for justice and have worked tirelessly, day in and day out, to ensure that Maxwell was held accountable for her crimes.

“This office will always stand with victims, will always follow the facts wherever they lead, and will always fight to ensure that no-one, no matter how powerful and well connected, is above the law.”

Maxwell, who has been held in a US jail since her arrest in July last year, will be sentenced on a date yet to be confirmed.