That went well! The public have spoken, after Boris Johnson decided to extend his best wishes to the Lionesses ahead of the Euro 2022 final. 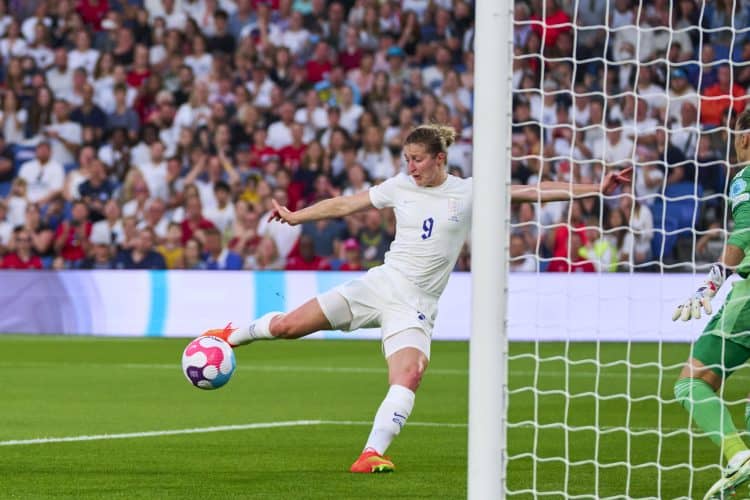 We’re not saying Boris Johnson has outstayed his welcome as Prime Minister – because we’ve got plenty of people doing that already. The outgoing leader no longer cuts a popular figure in Downing Street, as this letter to the Lionesses shows.

The England Women’s football team will look to take home the Euro 2022 title on Sunday evening, as the face the old enemy at Wembley. Only a very talented Germany side stands between the Lionesses and a first national trophy for the English since 1966.

They’ve been on a scorching run of form, netting 20 times in just five games. Sarina Wiegman’s superstars have dished out thrashings, grinded out narrow wins, and played with an attacking freedom sorely lacking from the men’s team.

Oh, the banter: PM passes on his best wishes to England team

So naturally, an opportunist like Boris Johnson knows a good time to pipe up when he sees one. He sent a message to the Lionesses earlier today, praising the squad for their ‘passion and tenacity’. He also managed to sneak it a very tepid joke about the Swedish team…

“On behalf of the whole country, I want to wish you the very best of luck in today’s final. Your passion and tenacity have already created a summer of fantastic memories for millions of us. You can see it in the sold-out stadia.”

“In any pride, it is the lionesses who ruthlessly hunt as a team and bring their prize back home. I am sure that will be the case against Germany tonight. But whatever happens at Wembley this evening, girls and women will now know that football is for ANYONE.”

“You can also see it in the packed fan zones, the children dancing wildly to Sweet Caroline, and the TV records that have crumbled almost as comprehensively as Sweden’s defence did in the semi-final… Good luck to you all!” | Boris Johnson

Despite this gesture of good will, the general public still seem quite annoyed with Mr. Johnson. On Twitter, he was reminded of his previous sexist utterances – and many made it clear that the PM should vacate his role ‘sooner rather than later’.