Cyril Hall, 92, and his family were the first to move into the then-new build estate in 1926 - and he says when he leaves it "will be in a box". 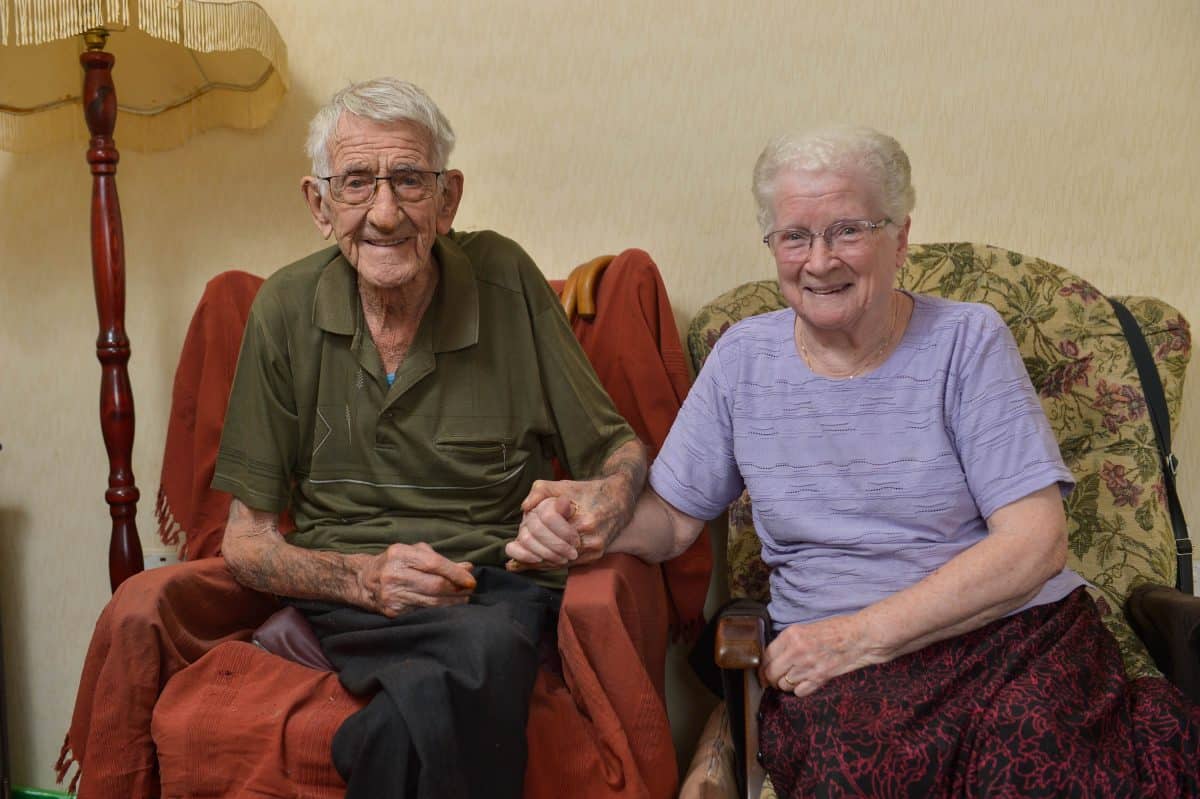 A pensioner who moved into one of Britain’s first council houses will celebrate his 93rd birthday next month – in the same home since he has lived in since he was a baby.

Cyril Hall, 92, and his family were the first to move into the then-new build estate in 1926 – and he says when he leaves it “will be in a box”.

He was barely two months old when his family moved into one of the earliest council estates in the country – and almost 93 years later it is still the only address he has ever called home.

He has seen some of the biggest events of the past century, such as the Second World War, a royal coronation and the miners strike from his modest three bedroom semi.

And Cyril believes the current government could take heed from the government of a century ago to solve the current housing crisis the country faces.

He said: “Everything this government wants is private. They won’t give councils money to build social housing and councils have to sell their land off to big money people to build houses. They’ve done it all wrong.”

The retired miner and his beloved wife Molly, 85, also raised their seven children in the house.

Cyril said: “I was still feeding from my mother when I was brought to this house.

“My dad got the keys to the house on December 14, 1926, and we moved in the next day. It was the first house on the estate to be built.

“The council gave him the keys and gave him directions and when he got to the main road he was shocked because it was all open fields at that time.

“We saw all the neighbours moving in as the houses were being built and the estate was complete by the summer.

“There have been some lovely people living here, I have always got on well with my neighbours.

“I could name them all from round here from when it first opened up. “

Cyril, who has 17 grandchildren and 17 great-grandchildren, said he is “as happy a pig in muck” with the house in Barnsley, South Yorks., which has been maintained by the council.

The house was one of around 500,000 erected as part of the government’s commitment to build “homes fit for heroes” after World War One.

Subsidies were given to local authorities to built houses to be rented to low-paid workers to give them a better standard of living.

He said his mum “thought all her birthdays had come at once” when the family moved into the house as many people at the time lived in slum conditions.

He added: “My father was in Ypres during the World War One and was medically discharged, they took him to a hospital in Liverpool.

“My mum and her sisters used to take the war wounded for a walk around Liverpool and that’s how they met.

“When I was born, they were just coming out of the general strike in 1926, and my dad had moved to Barnsley to stay with his sister as he was out of work in Liverpool.

“The summer after we moved in, my auntie moved onto the estate and my dad only had to walk up the road to see his sister.”

When Cyril, the youngest of seven siblings, married Molly in March 1953, she moved into the house with him and his parents.

After his dad’s tragic death a month after the wedding, Cyril’s mother “went to pieces” and went to live near his older sister – and he was given the tenancy of the house outright.

He added: “My dad said to me, as long as you pay your rent, you’ve got a roof over your head.

“I have paid for it ever since and it’s been a blessing to ever get a house like this.

“Barnsley was full of slum housing and we could not have afforded the maintenance of a house.”

Despite paying enough rent to buy the house many times over, he never had any intentions of buying the property which he says is “a part of” him.

He added: “I’m still renting from the council and I wouldn’t ever think about buying it. I don’t think you should buy council houses.”

“When Mrs Thatcher introduced the right to buy, a lot of people round here bought their houses.

“Then she shut all the pits and put thousands out of work. When they lost their jobs, they couldn’t afford their mortgages.

“It’s our house. That’s how we think of it. It’s ours, even though we’re just paying rent.

“I’ve always looked after the garden, I’ve got a 20 foot greenhouse in there. My daughter tends to it now for me as my hips are gone.

“Whoever gets this after us will be lucky, it’s a lovely house.”

Cyril spent more than 40 years working down the pit before being made redundant from Grimethorpe Colliery in 1985, which he said felt like the end of the world.

He added: “Most people look forward to retirement, but I didn’t. If it was humanly possible, I’d go back tomorrow. It’s our way of life.”

Not even the horrors of the Second World War could force Cyril from his beloved house – as his work as a coal miner was deemed to important to vacate to join the war effort.

He said: “I tried to join the Navy with my brother, but being down the pit, I was exempt and they wouldn’t take me because the work was too important.”

By Ben Gelblum and Ashley Pemberton