"The way you consistently find words for this government that aren't the C word are applaudable," tweeted one person. 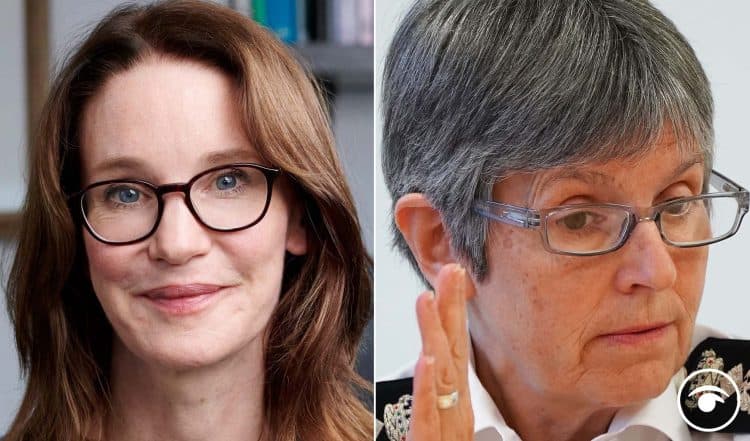 Sue Gray’s inquiry into claims of lockdown-breaking parties in No 10 and across Whitehall has been thrown into disarray by Scotland Yard.

In light of the situation Countdown’s wordsmith Susie Dent nailed the farce, but more of that later.

The force told the Cabinet Office team to limit publication of any potentially criminal events and behaviour, casting further uncertainty on when the report will surface and how extensive it will be.

It means the official inquiry seen as so crucial because of the long absence of a police investigation has now been hindered by police work.

What does Sue Gray do now?

There are two realistic options. She could soon publish a redacted or watered down version that complies with the Met’s demands. Sources close to the inquiry have signalled her concerns about delivering a report shorn of key conclusions.

It could open the respected civil servant up to allegations of participating in a whitewash if she cannot go into all the details she has unearthed. But it would still allow her to discuss the potentially damning facts she has ascertained surrounding events that did not reach a criminal threshold. She could also touch on the drinking culture at the heart of Government.

Alternatively, the Whitehall inquisitor could hold off on publishing anything until after the Met returns its verdict on the saga. But this could see a days-long wait turn into weeks and potentially months.

There is a third option: to publish in full and be damned. But it is understood this is not something under consideration.

Well ‘that woman in dictionary corner’ on TV show Countdown summed up the farce, in a way only she can.

She tweeted: “Word of the day is ‘forwaked’ (14th century): weary from watching and waiting for something that never seems to materialise.”

Related: Tory who said Boris was ‘ambushed with cake’ now claims there was no cake