It comes as leading medical bodies warn Mr Johnson “is about to blunder into another major error that will cost many lives”. 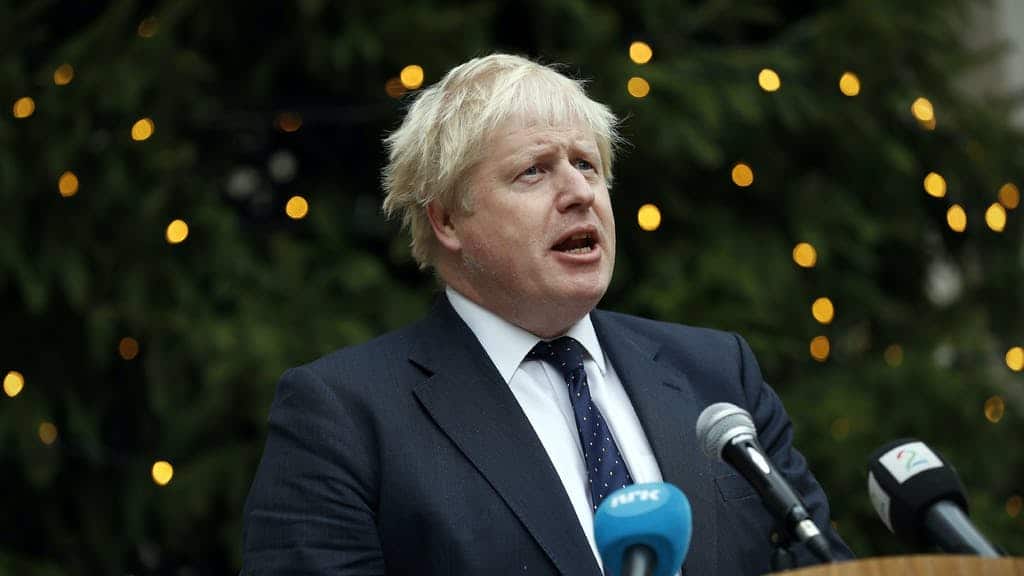 The Daily Mail struck a celebratory tone this morning as it hailed Boris Johnson’s decision to resist growing pressure to scrap the easing of coronavirus restrictions over Christmas.

The paper splashed “Carry on Christmas!” as the Prime Minister shrugged off calls for a U-turn, with health professionals saying the relaxing of rules could overwhelm the NHS and contribute to the loss of “many lives”.

Elsewhere The Sun also backed Johnson’s “fight to save Christmas”, with The Telegraph warning it is “too late to cancel it”.

Cabinet Office minister Michael Gove will resume crisis talks over the plans for up to three households to mix between December 23 and 27 with leaders of the devolved administrations on Wednesday morning.

A UK Government source acknowledged the four UK nations may take differing approaches, but insisted there would be no change in the law for the festive freedoms in England.

Instead it was said that the leaders would continue discussions on strengthening warnings, including advising people to stay local and reconsider whether they should spend Christmas with the elderly and clinically vulnerable.

Talks began on Tuesday after two leading medical journals warned that a lessening of restrictions would “cost many lives”, and the British Medical Association (BMA) echoed Labour leader Sir Keir Starmer in demanding an urgent rethink.

They will resume as nearly 10.8 million more people begin living under the toughest restrictions when London and parts of Essex and Hertfordshire moved into Tier 3

With 61 per cent of England’s population now living under the strictest measures, ministers were due to formally review what tiers are appropriate for each area.

The meeting was held as the Government said a further 506 people had died within 28 days of testing positive for Covid-19, bringing the UK total to 64,908. Another 18,450 infections were also confirmed in labs as of 9am on Tuesday.

Sir Keir had urged the Prime Minister to call an emergency meeting of the Government’s top-level Cobra committee within 24 hours to assess the situation.

In a letter to Mr Johnson, the Labour leader accused ministers of having “lost control of infections” and warned that “the situation has clearly taken a turn for the worse since the decision about Christmas was taken”.

“If you conclude with Government scientists that we need to take tougher action to keep people safe over Christmas, then you will have my support,” Sir Keir said.

Earlier, the British Medical Journal and Health Service Journal published a rare joint editorial calling for the “rash” decision to relax social distancing measures over the festive period to be scrapped.

"We believe the government is about to blunder into another major error that will cost many lives. If our political leaders fail to take swift and decisive action, they can no longer claim to be protecting the NHS" @fgodlee @HSJEditor https://t.co/cbgphEQVjr

They said the Mr Johnson “is about to blunder into another major error that will cost many lives”.

“The Government was too slow to introduce restrictions in the spring and again in the autumn,” the joint editorial said.

“It should now reverse its rash decision to allow household mixing and instead extend the tiers over the five-day Christmas period in order to bring numbers down in the advance of a likely third wave.”

“When the tinsel is tidied away”

The BMA backed the warning, saying the combination of a third wave in the new year and the typical winter pressures are a “recipe for catastrophe”.

Council chairman Chaand Nagpaul said: “As well as reviewing the rules for Christmas, the Government must also look at what happens when the tinsel is tidied away.

“Now is the time to for everyone to continue to follow the rules and guidance until the vaccine can be rolled out to protect many more of us and allow us to mix freely once more.”

Related: Tommy Robinson trends as study reveals most child sexual abuse gangs are made up of white men