A BBC presenter has questioned the class bias at the public service broadcaster and has asked for class, as well as ethnic diversity, to be the focus going forward. Steph McGovern, who is from Middlesbrough, questioned whether the BBC does enough to promote working class people into the top jobs. She told the Sunday Times: […] 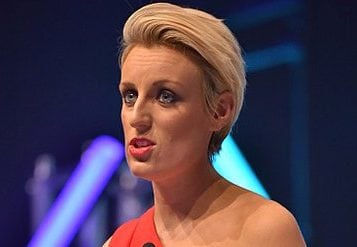 A BBC presenter has questioned the class bias at the public service broadcaster and has asked for class, as well as ethnic diversity, to be the focus going forward.

Steph McGovern, who is from Middlesbrough, questioned whether the BBC does enough to promote working class people into the top jobs.

She told the Sunday Times: “We concentrate too much on ethnic diversity and not enough on class. It’s dead important to represent loads of different cultures. But what the BBC doesn’t do enough of is thinking about getting people from more working-class backgrounds.”

In relation to the gender pay gap she also felt there is a gap between other female staff and herself, she said: “There are a lot of women who do a similar job to me who are paid a hell of a lot more… who are a lot posher than me.”

Last summer the BBC revealed that of the nine women in the news category earning more than £150,000, seven were privately educated.

She showed concern that the people who are trying to attract lower class people are not the right people to undertake the take.

She said: “A lot of people in management are from the same background. We’re talking about ‘How do we represent more working-class people?’ when they themselves are not working class. So how do they know?”

McGovern believes all presenters should not be paid over £150,000 a year.

A BBC spokesperson said: “More than 80 per cent of the BBC’s workforce was educated in state schools and the BBC is more diverse than it has ever been. The BBC has a clear commitment to finding and developing new talent.”

“We offer hundreds of apprenticeships to ensure the BBC is open to people from all backgrounds and a range of programmes to help people develop their career once they’ve joined, but there’s always more to do and we have an ambitious diversity strategy which sets out our commitment to fully reflecting and representing the whole of the UK.”