In news which will anger huge swathes of the public, not the least the staff who have lost their jobs since the collapse of the outsourcing giant; it has been revealed a top exec at the company made a killing before Carillion’s demise. Richard Adam was the finance director between April 2007 and December 2016, […] 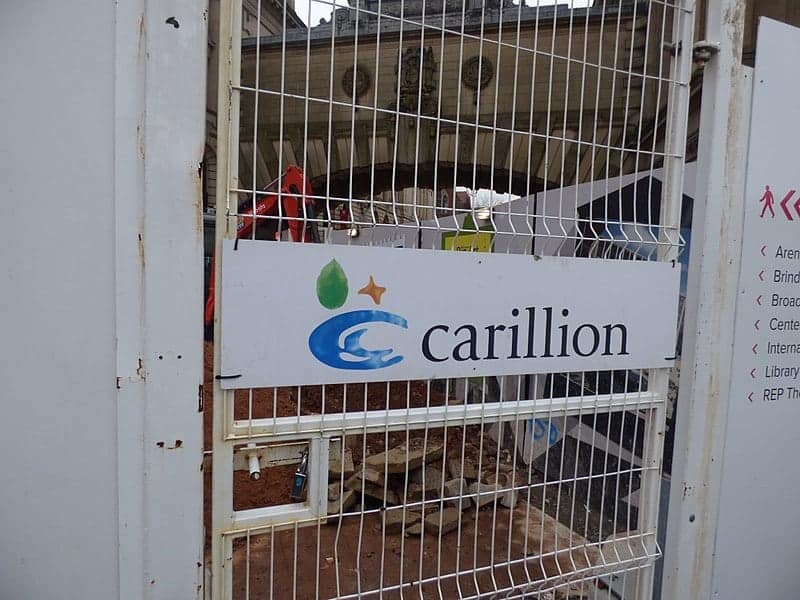 In news which will anger huge swathes of the public, not the least the staff who have lost their jobs since the collapse of the outsourcing giant; it has been revealed a top exec at the company made a killing before Carillion’s demise.

Richard Adam was the finance director between April 2007 and December 2016, sold off shares between 1 March 2017 and 8 May 2017. He cashed them in for £775,921 only twelve months later they would be worth nothing. He sold up as the company began its slump that would eventually end in the downfall of the organisation.

Frank Field, chairman of the Work and Pensions Select Committee, said: “Mr Adam presided over Carillion’s finances for a decade. He, more than anyone else, ought to know the merits of Carillion shares as a long-term investment in the light of his lengthy and lucrative tenure.

“His assessment? Dumping the last of his shares at the first possible moment because he is – with his own money at least – ‘risk averse’. What conclusions are we to draw from that?

“The other directors appear keen to set up the hapless Zafar Khan as the fall guy for the collapse. It is not lost on us, however, that he inherited Carillion’s mountain of debt.”

A spokesman for Unite said: “For any other organisation, this kind of activity would be gobsmacking. For Carillion’s directors, this was business as normal.

“We now know that Carillion insiders already knew they were in deep trouble in 2016, but we have seen again and again that the directors’ main priority was to enrich themselves and feather their own nests rather than protect the interests of the company.

“While Carillion’s directors enriched themselves, they allowed their workforce and their supply chain to be thrown to the wolves.”

Over a thousand staff have already had to leave their employment since Carillion ceased trading.