"People would rather, I know I'd rather, have their mate cry on their shoulder than go to their funeral," the UFC fighter said. 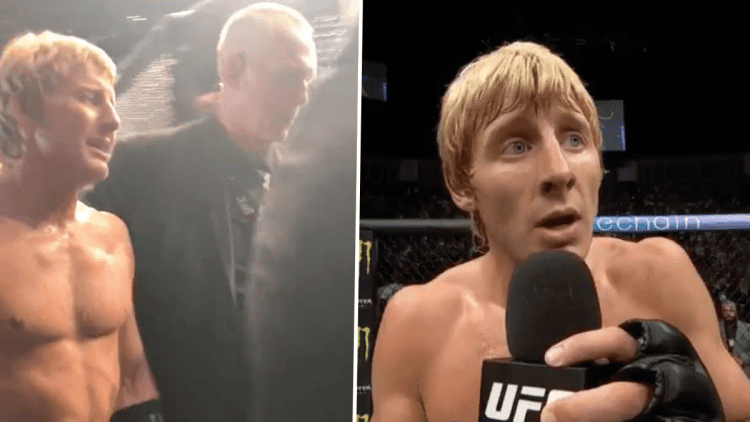 Paddy Pimblett dedicated his latest UFC win to a friend who committed suicide just hours before he weighed in on Friday.

The Liverpudlian opened up about two tragedies in the build-up to the fight during a press conference after the bout and urged men to speak out if they are struggling.

“I want to dedicate this fight to little ‘baby Lee’, a little warrior and more of a fighter than any of us will ever be,” he said. “But also I woke up on Friday morning at 4am to a message that one of my friends back home had killed himself – this was five hours before my weigh-in – so Ricky lad that’s for you.

“There’s a stigma in this world that men can’t talk. Listen, if you’re a man and you’ve got a weight on your shoulders and you think the only way you can solve it is by killing yourself – please speak to someone. Speak to anyone.

“People would rather, I know I’d rather, have their mate cry on their shoulder than go to their funeral. So please, let’s get rid of this stigma and men start talking.”

Paddy ‘The Baddy” Pimblett was speaking on TV right after his victory over American Jordan Leavitt at UFC London on Saturday evening, where he won in the second round through submission in just his third UFC outing.

‘Baby Lee’ passed away on June 26 aged four after a battle with metastatic rhabdomyosarcoma alveolar, a disease which is extremely rare and forms in the soft tissue, the Liverpool Echo reports.

Pimblett and fellow Scouser Molly McCann, who won her bout, also paid tribute to the pair’s tragic deaths as they sported T-shirts upon the arrival at the O2 Arena.