"Oxfordians want to build-back-better and level-up but we have one hand tied behind our backs labelled Brexit," the association behind the movement told TLE. 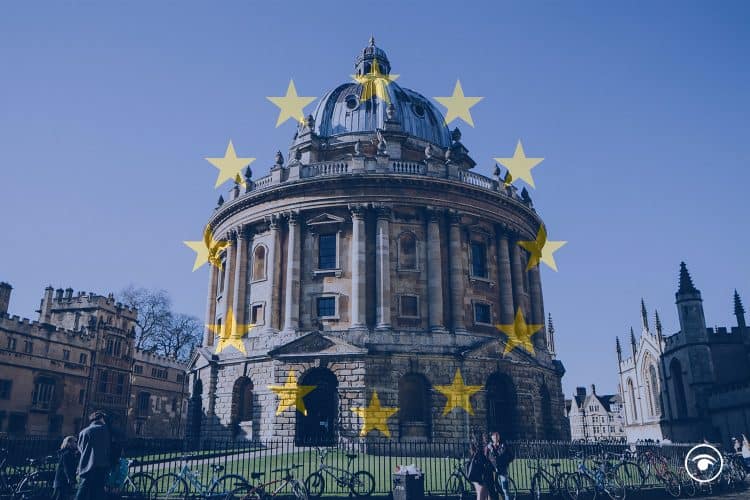 Oxford is putting together a vanguard aiming to be the epicentre of the fight to rejoin the EU’s customs union and single market.

Lord Andrew Adonis is set to tell Oxford groups building the movement that the UK “needs to rejoin as soon as possible”.

At an event by the Oxford European Association in collaboration withOxford for Europe, Adonis is expected to call for changes to tackle labour shortages and avoid permanent damage to Britain.

“It is time to reverse Brexit step by step, and I am delighted that Oxford is in the vanguard of the campaign to take Britain back into the customs union and single market, which we need to re-join as soon as possible if our economy and society are not to suffer irreparable damage.”

Oxford’s Young European Movement will speak about Brexit’s impact on young people in the UK.

The meeting will also be attended by the Oxford Polish Association, who will expose the difficulties encountered by Polish workers in Oxford post-Brexit – and that feeling no longer welcome in the UK and losing freedom of movement are prompting them to leave Britain.

John Tanner, secretary of the OEA, said Oxford is ready to fight for its European identity.

Tanner, who was a Labour councillor on Oxford City Council for over three decades before retiring in May, said Boris Johnon’s claim that he would “Get Brexit Done” only means the UK is being prevented from “building back better” and “levelling up” – two other slogans endlessly recycled by the prime minister.

He told The London Economic: “While some people have lost heart over Brexit in Oxford, we are determined to shout about the everyday issues caused by being separated from the rest of Europe. It is no good the government hiding behind the pandemic or claiming it’s just teething problems. Labour shortages, empty shelves and the situation in the north of Ireland are all made worse by Britain being outside the European Union.

“Oxford is an international and European city which benefits hugely from its Polish, French and other communities. In the two universities, the car factory and the health service we could not survive without Europeans born outside the United Kingdom. But without freedom of movement people are forced to choose artificially between which country they belong to. In reality they are Hungarian, or Portuguese, or Italian and British.”

He added: “We all want to see higher wages. But restaurants, farms and care-homes in Oxfordshire can’t get workers for love or money. Even as COVID restrictions are eased travel is much more difficult in and out of the UK. This is hitting Oxford’s tourism, the numbers of foreign students and of course the availability of lorry drivers. Everyone is put off by the mountains of Brexit red tape.

“Boris Johnson won the 2019 election claiming that he would ‘Get Brexit Done’. But the only people who have been done are the businesses, research institutes and traders in Britain. Oxfordians want to build-back-better and level-up but we have one hand tied behind our backs labelled Brexit.”