"There were toilet rolls and sanitary towels on the beach from the water they were pumping out." 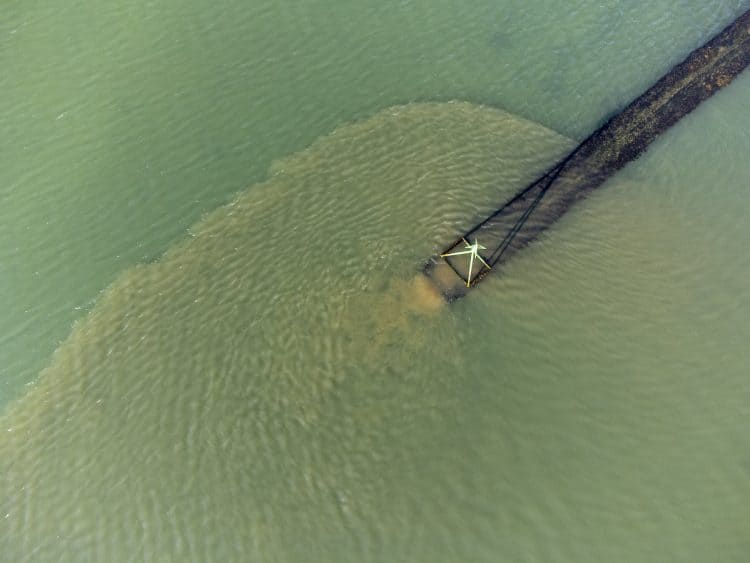 This is the horrifying moment thousands of gallons of ‘poo’ was legally dumped into a nature reserve on the south coast of England.

The murky sewage gushed from a seven-foot wide sewage pipe into a nature conservation area after being released by a nearby water treatment plant.

For around 49 hours the effluent was discharged into the inlet of the English Channel which is a site of special scientific interest.

The sewage was dumped by controversial water company Southern Water as its water treatment struggled to cope with heavy recent rain.

Earlier this year the company was fined a record £90m for ‘deliberately dumping billions of litres of raw sewage’ into the sea.

Photographer Chris Pearsall, 66, captured footage of the wastewater flowing into Langstone Harbour – an area protected for its marine and bird life near Portsmouth, Hants.

Chris said that sewage dumps like this happen “all the time”.

He added: “There were toilet rolls and sanitary towels on the beach from the water they were pumping out.”

The sewage flowed into the sea for around 49 hours, according to a report by Southern Water, which runs the nearby Budds Farm treatment plant.

But Chris, from Hayling Island, Hampshire, said that this incident filmed last Thursday (August 21) was worse than usual.

He added: “Normally you don’t see anything coming out.

“If it’s clean sewage you wouldn’t see the discolouration.”

It comes amid backlash to MPs who last week rejected a proposal to the Environment Bill that would have legally obliged water companies to reduce discharges of raw sewage.

Environmental activists claim that politicians have given permission for firms to dump wastewater into seas and rivers.

Hugo Tagholm, chief executive of Surfers Against Sewage, said it was a “national environmental disgrace”.

The Environment Agency and Southern Water were contacted for comment.