Blair - who has been a loud voice in the UK's vaccine debate - urged ministers to aim for five million jabs per week. 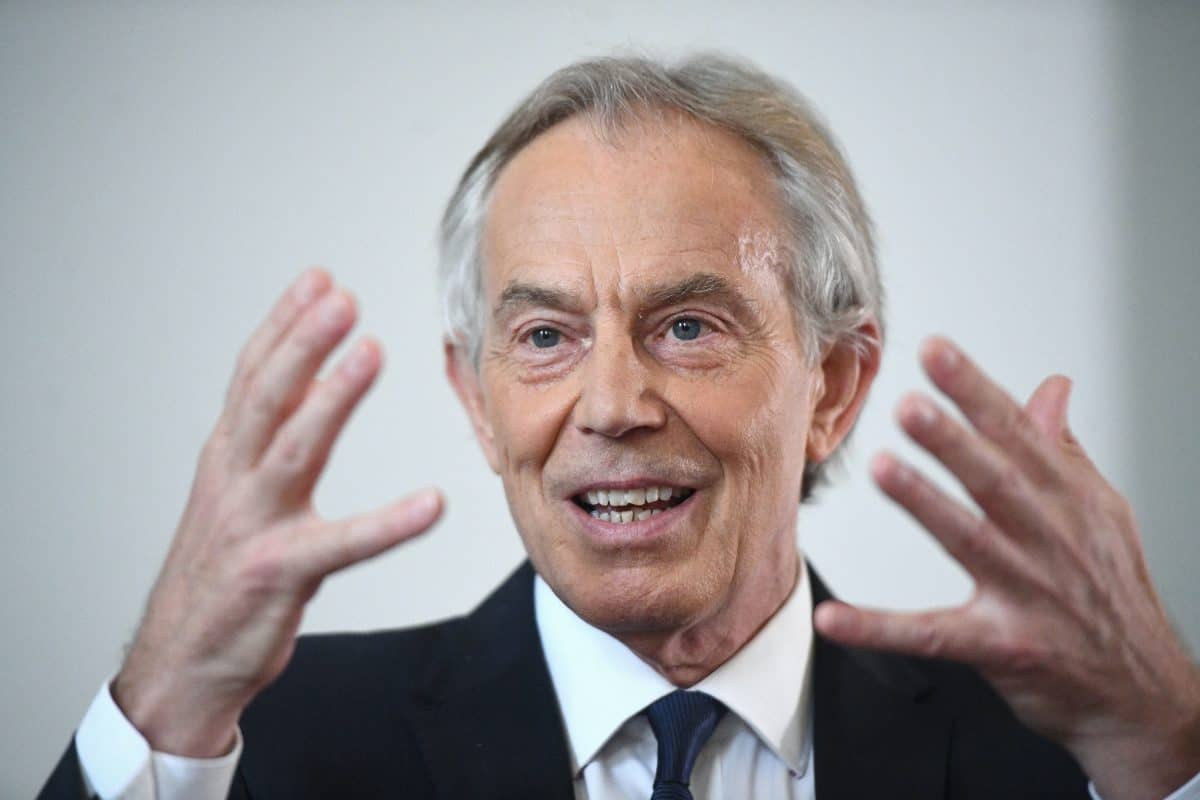 More than half the population could be vaccinated by late March, allowing lockdown restrictions to ease “significantly” in February, Tony Blair has claimed.

In a foreword to a new report, the former prime minister – who has intervened vocally in discussions over the UK’s vaccine strategy – said the programme must accelerate “dramatically”, urging the Government to aim for five million people a week.

He told Good Morning Britain the new variant of coronavirus spreading rapidly “means we’ve got to alter our plans for vaccination”.

‘We need to ramp all this up’

In his report, Blair said that by the week after next, AstraZeneca should be able to supply two million vaccines a week, while millions of doses of the Pfizer/BioNTech jab are already in the country.

In February, AstraZeneca has the potential to get up to three million vaccines or more per week, he added.

A further vaccine from Johnson & Johnson, which is due to report final-stage clinical trial results at the end of this month, will go through UK regulatory approval in early February, with the UK having ordered 30 million doses.

Blair said: “The moment it gets approval, Johnson & Johnson is ready to ship vaccines from European production – so it could be an additional supplier in February. In March, it could ramp up further production and have similar output to AstraZeneca.”

“This would allow us to ease restrictions significantly in February and have a majority of the population vaccinated by the end of the third week of March,” he said.

Speaking to Good Morning Britain, Blair said the UK must “use every single available bit of capacity in order to make sure these vaccines are used”.

This would involve using community pharmacies as vaccinators alongside retired people and occupational health workers, and using pop-up and mobile vaccination clinics.

“We need to be ramping all of this up, and we just need to go on to a completely different footing with it,” he said.

“There’s really no reason why you need a very complicated system to do it. I get a flu jab every year and I get it at my local pharmacy, it’s not complicated.”

Earlier, vaccines minister Nadhim Zahawi said 99 per cent of deaths could be stopped by vaccinating the top nine priority groups laid down by the Joint Committee on Vaccination and Immunisation (JCVI).

When asked how long it would take to give jabs to those groups, Zahawi said: “I’m very hopeful that by the spring we will get through the nine categories.”