There is major concern amongst social housing tenants, as 118 sites are facing regeneration or are already in the process of redevelopment. The stark figures were revealed in a Freedom of Information request, as the UK’s stock of social housing plummets to its lowest level since records began. And a former head of the civil service […] 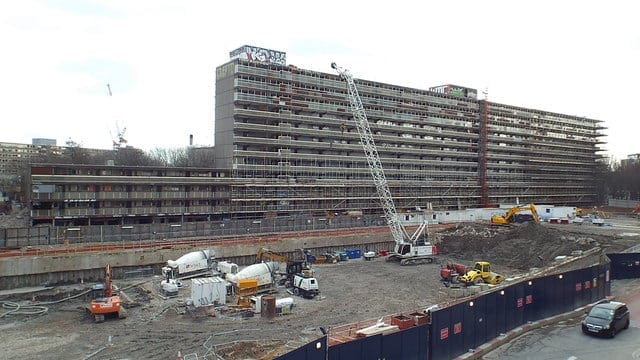 There is major concern amongst social housing tenants, as 118 sites are facing regeneration or are already in the process of redevelopment.

The stark figures were revealed in a Freedom of Information request, as the UK’s stock of social housing plummets to its lowest level since records began.

And a former head of the civil service warned that the housing crisis is making Britain ripe for exploitation by extremist politicians.

Over 31,000 residents are affected by the changes, reports the BBC’s Inside Out programme.

One of the sites set to see the biggest loss of homes is the Heygate estate in Southwark, amid concerns that in similar projects in the capital, social housing stocks dropped massively.

Over 1,200 council properties were demolished between 2011 and 2014 and replaced by a luxury development. Only 82 of the 3,000 new homes on the site were for social housing.

A council blunder in February 2013 revealed that it had sold the 9-hectare estate to Lend Lease Group for just £50m, having spent £44m emptying the site and £21.5m on planning its redevelopment

Housing campaigner Jerry Flynn said: “All the promises made to the residents about new homes, which the residents could move into immediately, were all broken,”

In Westminster, the city council plans to flatten 300 homes at the Ebury Bridge estate in Pimlico to make way for 750 new properties, most of which will be sold, and likely to be far exceed the spending power of the majority of social housing tenants.

Freedom of Information requests have also revealed that the cost of housing people with no home in temporary housing has risen by half in just the past four years. Costs rose from £460m to £690m

Mayor Mr Khan has pledged to build 10,000 council homes over the next four years. There are currently about 250,000 Londoners on housing waiting lists.

But the latest official GLA figures show that just 743 new homes classed as affordable were ready for families to move into across the capital between April and June, the first quarter of the financial year.

Meanwhile former head of the Civil Service Bob Kerslake, now chair of Peabody, one of the UK’s largest housing associations has warned that across the UK, the housing crisis is a “fertile ground” for extremism.

Housing is the “visible and stark” aspect of an economy that “is not working for ordinary people,” Kerslake warned in a New Statesman interview.

“This issue could create unrest,” warned Kerslake, ”because there are such massive disparities. Even those on reasonable incomes now see their prospects of buying as very low. At the same time, we have deprived a whole swathe of people on lower incomes of the opportunity for a stable, high-quality housing offer.”

He said that this was rife for “exploitation by populist politicians. The reason you haven’t got a house is because of immigrants – that’s been a story for a long time.”

This is “a very easy lie to use. And it is a lie,” said Kerslke, “because we know that most immigrants go into the private sector.”

One shocking example of this is Tory former Housing Minister, now Brexit Secretary Dominic Raab had insisted that ONS figures showed that immigration had driven house prices up by 20 % – a claim brought into question by the UK Statistics Authority that revealed he was using out of date stats figures.

According to Westminster Council all secure tenants and resident leaseholders have a right of return to a new home once it has been built.

Ebury Bridge will remain a council-owned estate, with at least 342 of the new homes affordable (of which 287 will be council homes) and this number is likely to increase.

There will be more council homes with a social rent than there are currently and residents will be involved in the whole delivery process from the design of homes and layout of community spaces to who lays the bricks.

Cllr Rachael Robathan, Westminster City Council Cabinet Member for Finance, Property and Regeneration, said: “The Ebury Bridge estate will remain a council housing estate. We spent months listening and talking to the community because we were determined to get this right for residents.

“A right of return is guaranteed for all secure council tenants and leaseholders. We made sure our residents were at the heart of shaping the renewal proposals, and we are confident that we will build sustainable homes that are not just for life, but for living.”

Inside Out airs on BBC One London and BBC One HD at 19:30 BST on Monday 3 September.