By Joe Mellor, Deputy Editor Strong storms and an expected sea level rise might break-up aged rubbish dumps across the British Isles. A study has shown that this problem could possibly release toxic waste. In total there are over a thousand old landfill sites in coastal areas. As the land erodes the chances are some […] 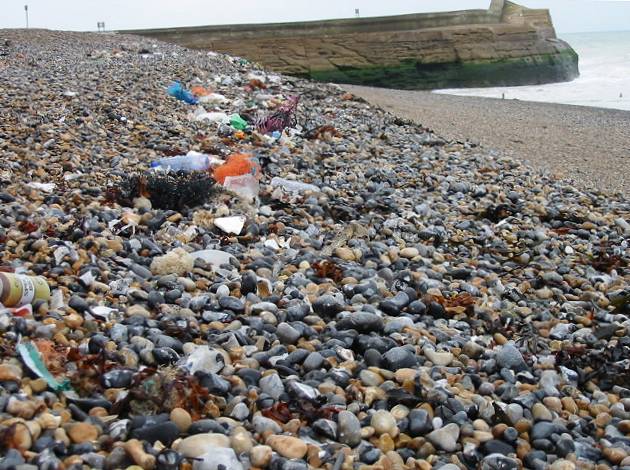 A study has shown that this problem could possibly release toxic waste. In total there are over a thousand old landfill sites in coastal areas.

As the land erodes the chances are some or all will be breached, which could pose serious dangers to wildlife and bather alike.

Before the 1990s there were little or no regulations on what could be dumped in landfill, and we don’t know what toxic materials they may contain.

However, some were even used to raise land levels and even as part of flood defences. Now climate change is bringing higher sea levels and stronger storms, putting once used rubbish dumps at greater risk.

The study, funded by the EA (Environment Agency), looked at two sties in Essex to assess the level of toxicity in the refuse they collected.

They discovered a high level of harmful metals such as lead. Kate Spencer, an environmental geochemist at Queen Mary University of London said: “Our findings show, that in the event of erosion, there would be serious environmental consequences due to the level of contaminants.

“You would be likely to see significant effects on local animals and plants, from mortality to reductions in fertility. There would also be consequences for bathing waters.”

In total there are 1,264 historic landfill sites in the coastal zone where the risk of flooding has been previously estimated at some stage between in coming years. 537 of these are in or near bathing water catchment areas and 406 are in or near sites of special scientific interest.

An EA spokeswoman said: “The risk of these landfills being affected by coastal erosion and rising sea levels remains low for the foreseeable future. This research will ensure ourselves, and local authorities, continue to have robust shoreline plans in place to help tackle any potential risks from erosion in future years.”

Essex County Council Councillor Mick Page said: “The council and partners have developed the Essex and Suffolk Shoreline Management Plan and, subject to adequate finances being secured, it is the intention to establish survey stations and undertake regular monitoring in the future to inform future management decisions.”