Review by Leslie Byron Pitt Arabian Nights finishes in very much the same it started two volumes ago: Obliquely. As mentioned in a previous instalment, praise cannot go high enough for Miguel Gomes ambition to capture his home country in a desolate state of stasis.  Ravaged by austerity, in the first volume we saw the […] 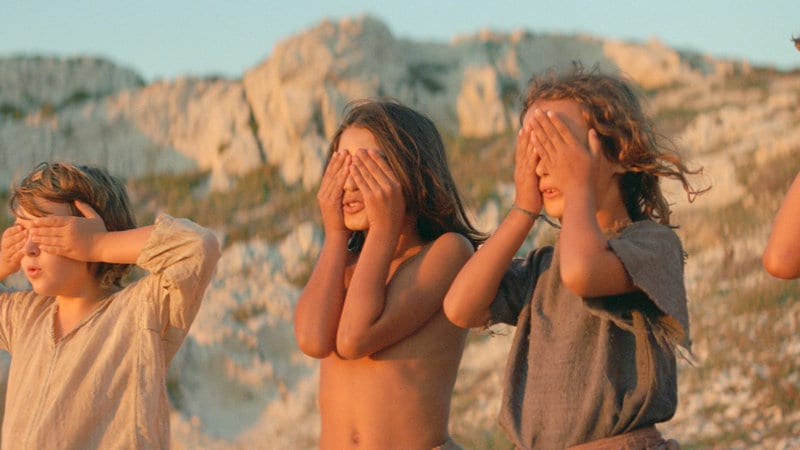 Arabian Nights finishes in very much the same it started two volumes ago: Obliquely. As mentioned in a previous instalment, praise cannot go high enough for Miguel Gomes ambition to capture his home country in a desolate state of stasis.  Ravaged by austerity, in the first volume we saw the director himself unable to create the film he envisioned due to the country’s economic strife. Now, in The Enchanted One, we almost see the grand aim that Gomes is reaching for.

When placed together, Arabian Nights is a grand opus in which it’s very human cast are searching for solace and escapism from their difficult situations. Gomes’ decision to mash the countries inner conflicts with the fantastical fantasies of Scheherazade is forward thinking and should be more astonishing than this reviewer found it. As the dust settles and the wanderers ponder, the emotional peaks that can be found within The Enchanted One (nee all three volumes) appear too few and far between.

Stuck between the regret of the despairing narrator Scheherazade, who informs us of her own story in full (the character has wandered lightly through the other volumes) and the unengaging documentary tale of poor bird-trappers, competing for a bird singing competition, lies the quiet yet discomforting tale of Hot Forest. One of the shortest stories within the three volumes, through soft spoken voice-over, we are told the saddening tale of a Chinese immigrant who finds and loses love with one of the bird trappers from the previous story. This tale, told over footage of unrest and protest action, is deeply layered. The narration quietly informing us of an innocence lost, all the while we watch aggressive action in the forefront.

Such poignancy feels like a drop in a vast ocean of abstract tales and distancing uses of form. The repetitive use of title cards which occur late on in the film, for instance, feel less rhythmic and more irritating than anything. So distracting two sentences become, they may be able to take a less connected viewer from out of the gentle rhythm of the film, although if they were able to go this far without getting somewhat frustrated by some of Gomes’ distancing uses of form, then I’m sure, by all accounts, they will be ok with anything he throws at them.

One can’t be surprised that a film like this, and its surreal quirks would fully please everyone. The film’s aesthetic often delights with golden and rich cinematography and remarkable uses of music. Despite this, it never imbued this viewer with the same inspiration that stuck its creator, or the same power which others have found. Arabian Nights is certainly required viewing for already tuned in fans of Miguel Gomes. Others may find it easier to find solace with his early works.