Oscar-winning actor Emma Thompson has joined a peaceful walk and silent protest at a controversial fracking site. Protestors, led by over 100 women in white clothes, marched through Blackpool, Lancs., to urge the Government to publish an internal report on fracking which “could call into question” the viability of the industry. Emma Thompson, 58, led […] 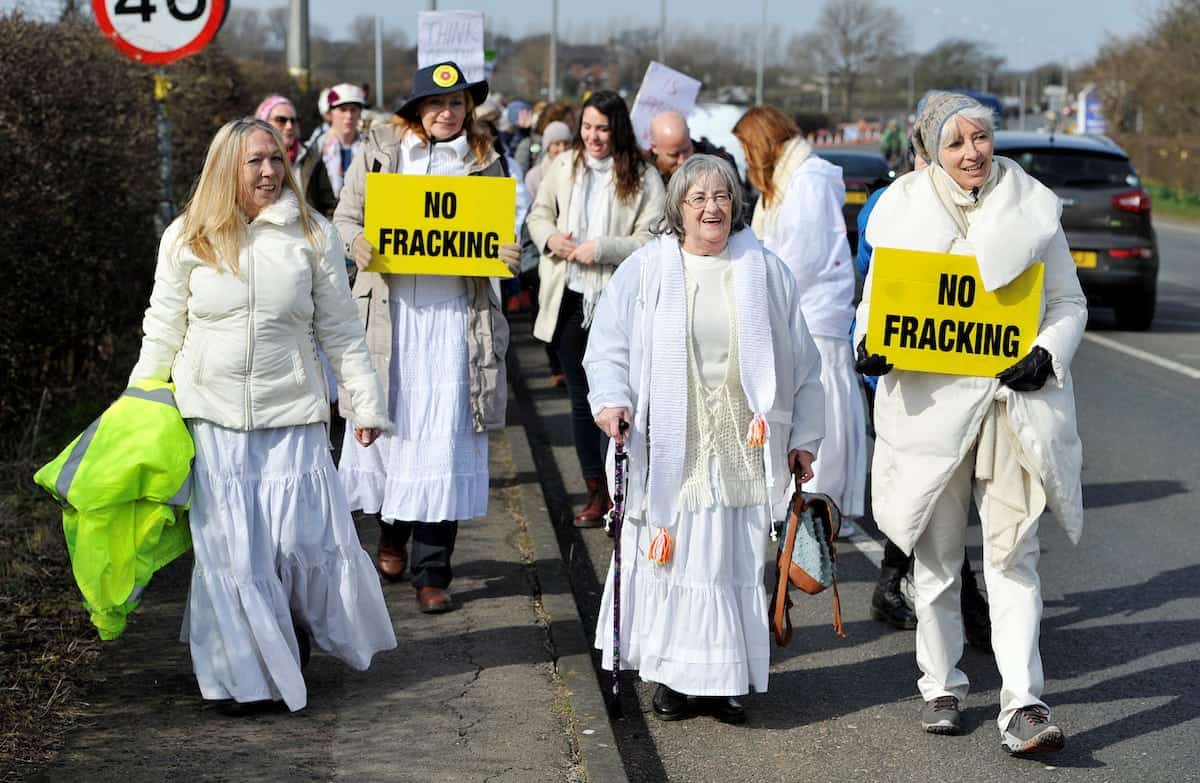 Protestors, led by over 100 women in white clothes, marched through Blackpool, Lancs., to urge the Government to publish an internal report on fracking which “could call into question” the viability of the industry.

Emma Thompson, 58, led from the front holding a “NO FRACKING” sign in solidarity with the throng of protestors, accompanied by Greenpeace activist Tina Rothery.

The protestors have opposed the plans for many years.

Fracking is the process of drilling down into the earth before a high-pressure water mixture is directed at the rock to release the gas inside.

Fracking uses huge amounts of water, which must be transported to the fracking site, at significant environmental cost.

In an anti-fracking video, the actor said: “”A lot of us in this country are not excited about fracking, at all.

“What we are excited about is renewable energy.

“After all we are living in one of the windiest countries in Europe, and are surrounded by oceans which also provide a lot of power.”

Environmentalists say potentially carcinogenic chemicals used may escape and contaminate groundwater around the fracking site and fracking is distracting energy firms and governments from investing in renewable sources of energy.

Lancashire county council voted against the controversial drilling technique in 2015 but was subsequently overruled by the government.

A 15-minute silent protest took place at the Preston New Road fracking site followed by speeches from Emma Thompson and others.

Greenpeace activist Mrs Thompson last visited the site in April 2016 when opponents of fracking occupied the field with a “frack free bake-off” event before the drilling began.