Guy Verhofstadt has lashed out at Nigel Farage on Twitter over his river Thames fishing stunt, pointing out that if he cared about the British fishing fleet he would have bothered to turn up for them as a member for the fisheries committee in the European Parliament. – A role the British taxpayer paid him […] 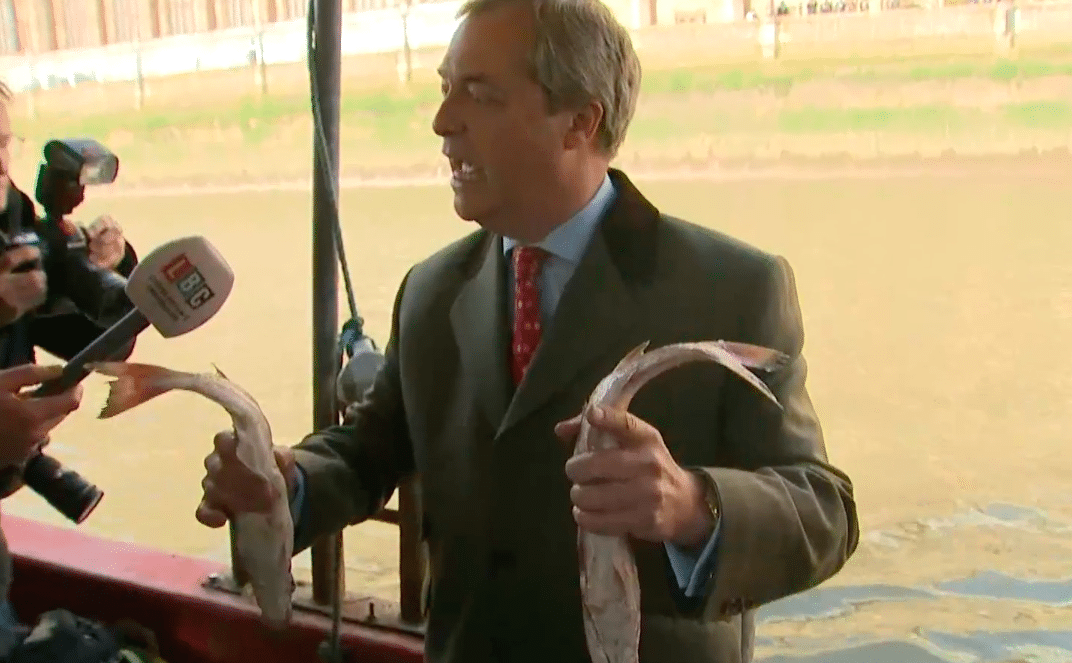 Guy Verhofstadt has lashed out at Nigel Farage on Twitter over his river Thames fishing stunt, pointing out that if he cared about the British fishing fleet he would have bothered to turn up for them as a member for the fisheries committee in the European Parliament. – A role the British taxpayer paid him to fulfill, but one he avoided year after year.

Farage joined fishermen in throwing Haddock into the river in protest after the UK agreed to remain subject to the EU’s Common Fisheries Policy during the 21-month transition period after Britain leaves the bloc next March. This means British fishermen will have to abide by EU rules that Britain no longer has any say on.

This contradicts the promises of Michael Gove, environment secretary and Brexit campaigner.

People are reporting Nigel Farage for fly-tipping for flinging the dead fish into the water.

In the video Mr Verhofstadt published to Twitter, he can be heard saying:

“You know colleagues, what I think is the biggest waste of money in the European Union is the salary we all pay to Mr Farage.

“Let’s be honest about it, you are a member of the fisheries committee for example and you’re never there. Never. In 2011, no attendance. In 2012, no attendance.

“You pay yourself a salary without doing any labour in your own committee.”

Instead of throwing dead fish in the Thames, Nigel Farage should have done his job as a member of the fisheries committee in the European Parliament, as I told him already years ago! https://t.co/yKU8AX8dig pic.twitter.com/8XbkSjBpOe

After Greenland voted to leave the European Economic Community in 1982, it spent three years negotiating for very little change in its fishing rights. Theresa May’s transition deal is an omen of how powerless the UK is in such contentious Brexit issues when negotiating with the other 27 EU states despite the promises of the Brexit campaign about fishing rights.

Though it’s a precarious livelihood desperately important to some coastal communities, fishing is only around 0.05% of the UK’s GDP so it remains to be seen how much of a priority it will be in Brexit negotiations when the financial sector is now complaining that its access to EU markets looks likely to be limited.