The Commons Speaker follows in the footsteps of the likes of Boris Johnson, Donald Trump and Harvey Weinstein. 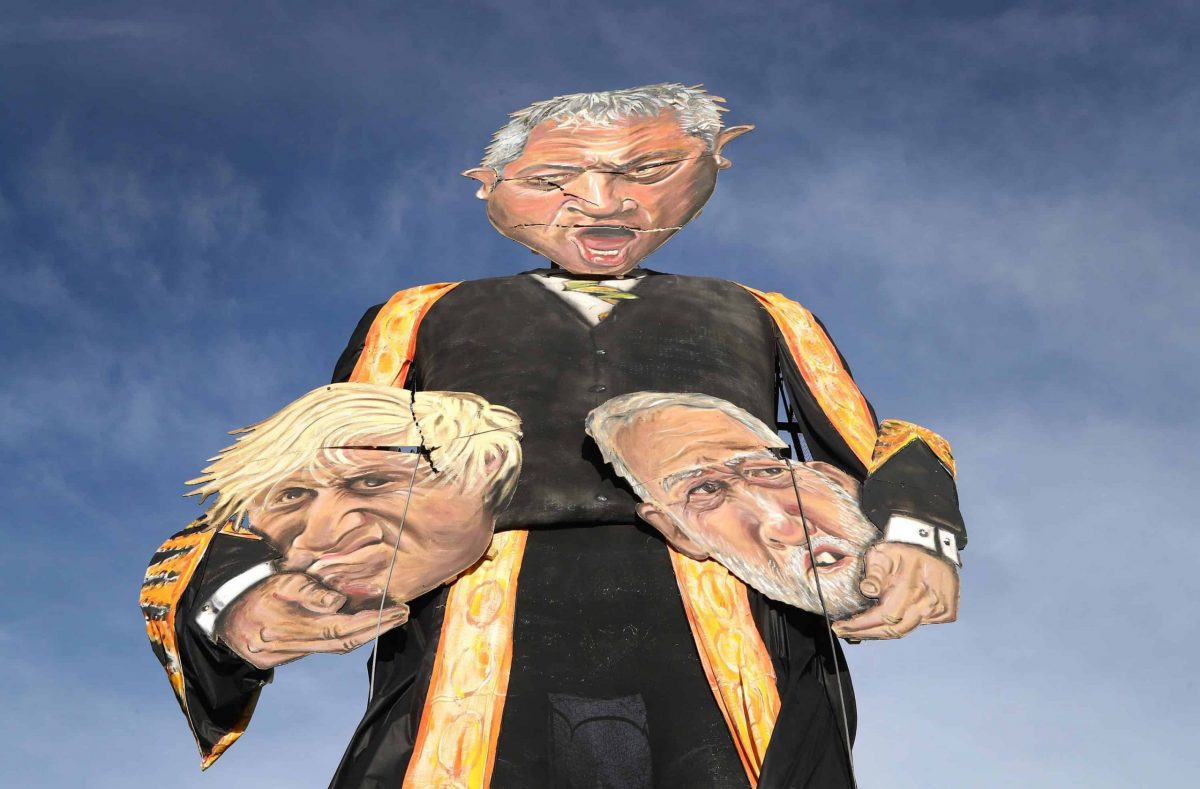 A giant effigy of House of Commons Speaker John Bercow is to be set alight on Bonfire Night.

After burning likenesses of figures including Boris Johnson, Donald Trump and Harvey Weinstein in recent years, Edenbridge Bonfire Society in Kent has this year chosen the Buckingham MP due to his “controversial behaviour” over the past 12 months.

The 11-metre effigy of Mr Bercow – holding the heads of Boris Johnson and Jeremy Corbyn – was unveiled on Wednesday morning and will go up in flames at the annual bonfire celebration on Saturday.

The event raises money for local charities and also features an effigy of Guy Fawkes.

Andrea Deans, who created the Bercow figure, said: “As always, we received many suggestions for who the public would like to see at our event and this year it was a close vote between John Bercow and Piers Morgan.

“However, John Bercow is not going to be on his own on the night as we have included Johnson, Corbyn and the whole Houses of Parliament to join him.”

Bonfire society chairman Bill Cummings said “This year we have chosen the infuriating Commons Speaker John Bercow as our celebrity guy, and I am sure you will agree that our artist, Andrea Deans, has captured his likeness very well.

“Our message to Mr Bercow is that you cannot keep disrupting Parliament and this is one situation you cannot argue yourself out of.

“We hope Mr Bercow will appreciate the humour contained in our caricature and take it in the good spirit with which it is intended.”

The burning of effigies is a traditional celebration of November 5.

The bonfire society says the intention behind its own light-hearted tradition is to bring an element of fun to proceedings, to raise awareness of the event, which raises thousands of pounds for local charities and community organisations.

The society has been celebrating Bonfire Night for more than 90 years and this year will see more than 750 people joining the torchlit parade through Edenbridge High Street.

It takes more than 100 volunteers to put on the event and local businesses provide sponsorship or help out with support activities.