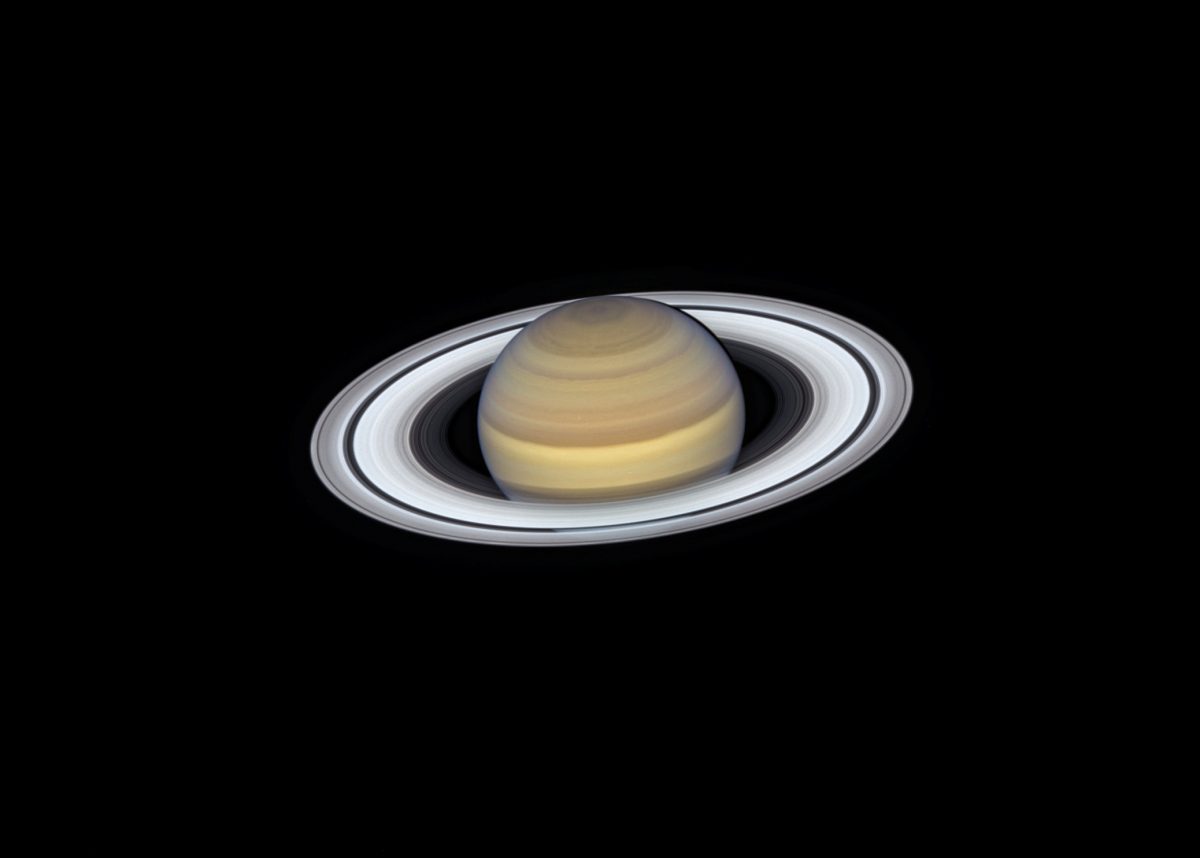 One of the clearest ever pictures of Saturn has been taken by the Hubble Space Telescope.

Taken as part of a series monitoring the weather on the planet, it also showed a huge storm seen near the planet’s north pole last year has vanished.

The change hints at Saturn’s stormy nature – where wind speeds can reach 1,800 km/h (1,100 mph) – the second fastest only to Neptune in the Solar Planet.

A mysterious six-sided pattern called the “hexagon” first discovered in the northern police by NASA’s Voyager 1 spacecraft in 1981 is also visible in the new image.

It was taken when Saturn, the second largest planet in the Solar System, was at its closest to Earth on its orbit around the Sun on June 20.

Astronomers started using the orbiting space telescope to take monitor the shifting weather patterns in the Outer Planets – Jupiter and beyond in 2018.

The image of Saturn reveals an unprecedented clarity only seen previously in snapshots taken by NASA spacecraft visiting the distant planet.

The second in the yearly series, this image is part of the Outer Planets Atmospheres Legacy (OPAL) project.