Its song traditionally heralds the start of summer, but the cuckoo is being worst hit among English breeding birds by warmer weather - along with the Little Owl and the Reed Warbler 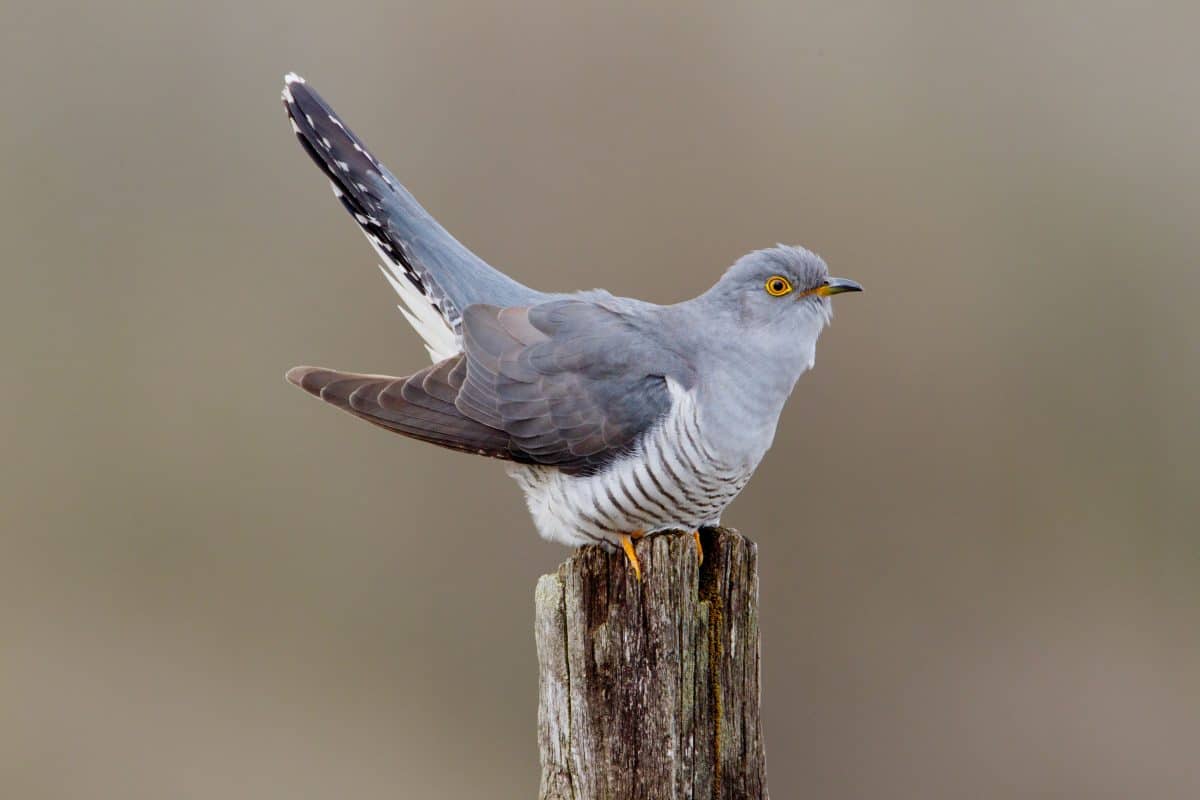 The iconic cuckoo is vanishing because of climate change, reveals a new study.

Its song traditionally heralds the start of summer, but the cuckoo is being worst hit among English breeding birds by warmer weather – along with the Little Owl and the Reed Warbler.

The three species have declined dramatically as a result of more extreme events – such as heatwaves, floods and droughts, the study shows.

At the same time the populations of 13 other British breeds – including the corn bunting, the goldcrest and the long-tailed tit – have increased for the same reason.

Study lead author Dr James Pearce-Higgins, science director at the British Trust for Ornithology (BTO), said: “What we can see from our evidence is a reshuffling of the bird species.

“There are some winners that are doing better and some losers that are not doing so well.”

A third of 68 English breeding bird species show evidence of population changes as a result of climate change over the last 50 years, according to the study.

Dr Pearce-Higgins explained that harsh winters, which naturally limit the populations of some resident birds, have become less common over the past half century.

But he added: “There are also species which appear to have declined too.”

In the first study of its kind his team showed more than a third of species – 24 of 68 analysed – have been directly effected by the rising mercury.

They used 50 years of data collected by citizen scientists between 1966 to 2015 to monitor changes in their numbers.

Dr Pearce-Higgins said: “Given the changeable British weather, it can be difficult for us to see the long term impacts of climate change.

“But by monitoring bird populations we can track impacts upon the natural environment.”

The findings, published in the journal Bird Study, shed fresh light on the plight of the cuckoo which has seen a population drop of more than 80 percent in the past 30 years.

Spending the winter in Africa, it arrives back in the UK during late April and early May for the breeding season, remaining until June.

Once part of the soundtrack of an English summer, the cuckoos call is now a fading memory for many – and the reasons have been debated for years.

Now, by modelling a suite of factors, the researchers have identified climate change as significant – being responsible for ten percent of the decline, or more.

Dr Pearce-Higgins said the finding could help prevent the much loved bird disappearing from the countryside. It is on the RSPB’s red list for conservation.

He said: “The results provide evidence that can inform future assessments of species’ vulnerability.”

The little owl and the reed warbler fell into the same category. Meanwhile, global warming had led at least ten percent of the increase in over a dozen other birds.

The study showed cuckoos are in steep decline across almost half of England. In five of 11 regions analysed they suffered the biggest reduction.

The swift and turtle dove, which are also migratory, had the largest drops in two areas each.

Cuckoos fly over Italy or Spain on the marathon journey back to Africa which have been hit by droughts.

These have caused a decline in worms and other invertebrates the cuckoos eat, meaning they are unable to refuel for the remainder of the trip.

Dr Pearce-Higgins said: “Climate change has had a detectable impact on a sizeable proportion of English birds over the last 50 years.

“In particular, populations of a range of resident bird species are probably significantly greater than they would otherwise have been in the absence of climate change, although some species may be less common.”

The majority of the effects were related to English conditions, particularly for resident species during summer and winter.

Birds which spend winter in the UK tend to be faring better. The UK has been seeing less snow and ice, meaning they are less likely to be killed off by the cold.

The buzzard has seen the biggest increase in four regions, all along the east coast.
The robin, blue tit and other garden birds have also benefited from humans leaving out food for them.

Dr Pearce-Higgins added: “Based on trends in climatic variables, the estimated magnitude of the effect of climate change upon the long-term bird population trends was sufficient to have resulted in notable positive impacts on the abundance of 13 of the species modelled, and negative impacts on three.”

He said northern and upland birds were “vulnerable” with the golden plover expected to be extinct in the Peak District by the end of the century without intervention.