Just 66.8 per cent of black Caribbean adults aged 50 and over have had a jab. 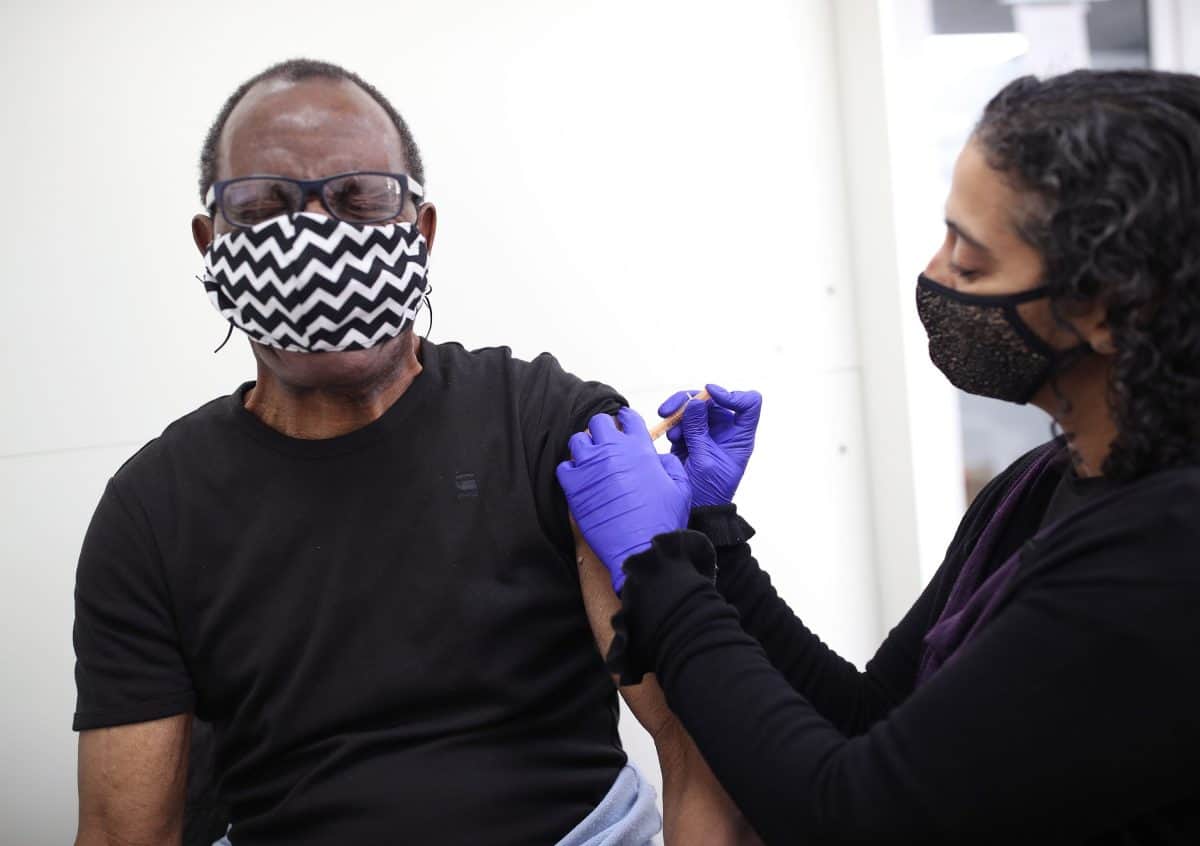 Older black adults are the ethnic group least likely to have received a coronavirus jab, with figures suggesting around three in 10 have not been vaccinated.

The lowest rates were estimated among those aged 50 and over identifying as black Caribbean and black African, at 66.8 per cent and 71.2 per cent respectively, the Office for National Statistics (ONS) said.

This compares with 93.7 per cent of white British adults, with estimates for all ethnic minority groups lower than this.

Rates were also estimated to be lower in people of Muslim or Buddhist faiths, those who do not speak English, those living in more deprived areas and disabled people.

It is the second time the ONS has published analysis on vaccination rates in older people broken down by age, sex, ethnicity, religious affiliation, disability and deprivation.

It analysed data from the National Immunisation Management Service (NIMS) on people over 50 between 8 December and 12 April, linking it to people’s NHS numbers.

Statistical modelling showed the odds of not having received a dose of a vaccine were 7.4 times greater for people from black Caribbean backgrounds compared with people of white British ethnicity.

The ONS also found a relationship between proficiency in English language, as recorded in the 2011 census, and vaccination rates.

The vaccination rate among people living in the most deprived areas of England was 87.8%, compared with 94.5 per cent in the least deprived, the ONS said.

Disabled people who reported being limited a lot in their day-to-day activities had a vaccination rate of 89.3 per cent, compared with 92.3 per cent for non-disabled people.

The lowest rates among religious groups were for those who identified as Muslim (78.8 per cent) or Buddhist (83.3 per cent), while the figures for people identifying as Christian or Hindu were 93.2 per cent and 92 per cent respectively.

Hugh Stickland, head of strategy and engagement at the ONS, said the lower rates are “broadly similar to the groups who express vaccine hesitancy”, adding: “However, the reasons for lower uptake are likely to be complex, including for example being unable to travel to a vaccination centre.”