"The Administration’s aim is to get as many safe and effective vaccines to as many people as fast as possible," a US trade representative said. 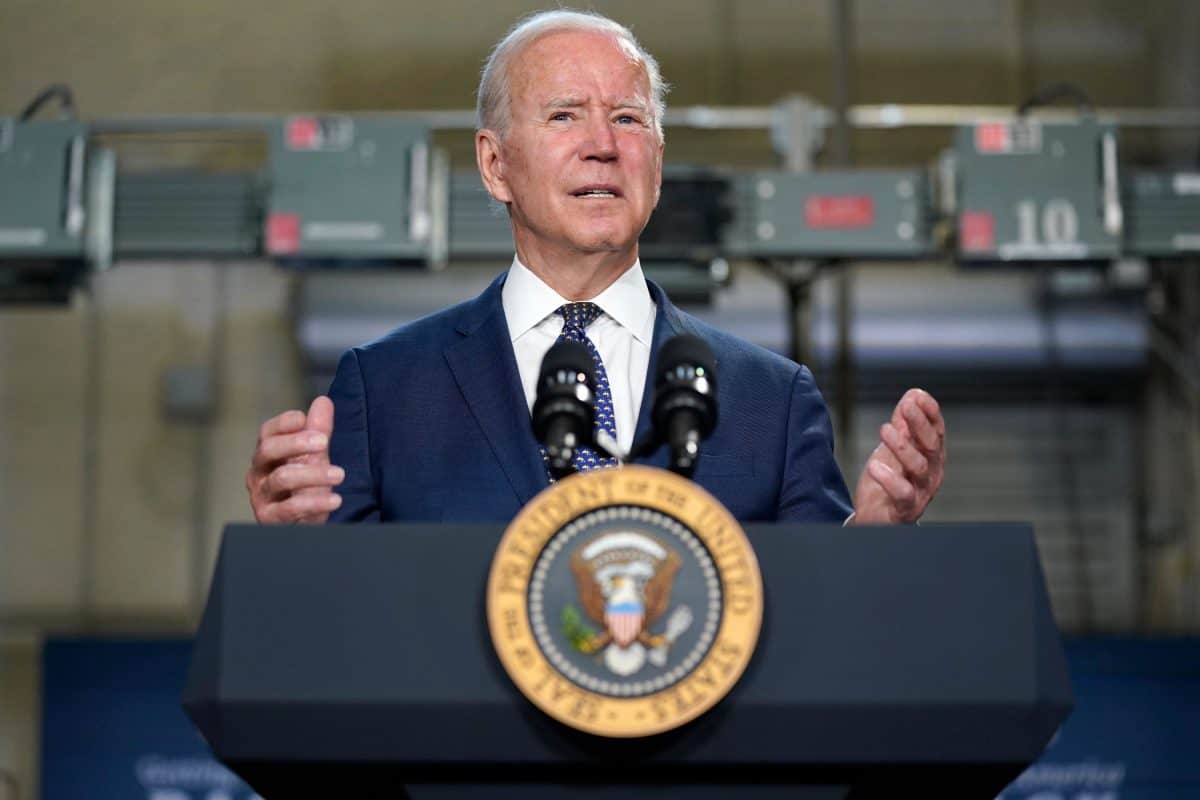 Joe Biden is throwing its weight behind efforts to waive intellectual property protections for Covid-19 vaccines in an effort to speed the end of the pandemic.

“The Administration believes strongly in intellectual property protections, but in service of ending this pandemic, supports the waiver of those protections for Covid-19 vaccines,” Tai said in the statement.

But she cautioned that it would take time to reach the required global “consensus” to waive the protections under WTO rules, and US officials said it would not have an immediate effect on the global supply of Covid-19 jabs.

“This is a global health crisis, and the extraordinary circumstances of the Covid-19 pandemic call for extraordinary measures,” said Tai. “The Administration’s aim is to get as many safe and effective vaccines to as many people as fast as possible.”

The announcement comes hours after WTO director-general Ngozi Okonjo-Iweala spoke to a closed-door meeting of ambassadors from developing and developed countries that have been wrangling over the issue, but agree on the need for wider access to Covid-19 treatments, WTO spokesman Keith Rockwell said.

The WTO’s general council, made up of ambassadors, was taking up the pivotal issue of a temporary waiver for intellectual property protections on Covid-19 vaccines and other tools, which South Africa and India first proposed in October.

The idea has gained support in the developing world and among some progressive politicians in the west.

Authors of the proposal, which has faced resistance from many countries with influential pharmaceutical and biotech industries, have been revising it in hopes of making it more palatable.

The argument, part of a long-running debate about intellectual property protections, centres on lifting patents, copyrights and protections for industrial design and confidential information to help expand the production and deployment of vaccines during supply shortages.

The aim is to suspend the rules for several years, just long enough to beat down the pandemic.

The issue has become more pressing with a surge in cases in India, the world’s second-most populous country and a key producer of vaccines, including one for Covid-19 that relies on technology from Oxford University and British-Swedish pharmaceutical maker AstraZeneca.

Proponents, including WHO director-general Tedros Adhanom Ghebreyesus, note that such waivers are part of the WTO toolbox and insist there is no better time to use them than during the once-in-a-century pandemic that has taken 3.2 million lives, infected more than 437 million people and devastated economies.

More than 100 countries have come out in support of the proposal, and a group of 110 members of Congress, all fellow Democrats of Biden, sent him a letter last month that called on him to support the waiver.

Opponents say a waiver would be no panacea, insisting that production of coronavirus vaccines is complex and simply cannot be ramped up by easing intellectual property, and say lifting protections could hurt future innovation.