The Royal College of Nurses made the decision amid growing anger over the pay of health staff who have been under unprecedented pressure during the coronavirus crisis. 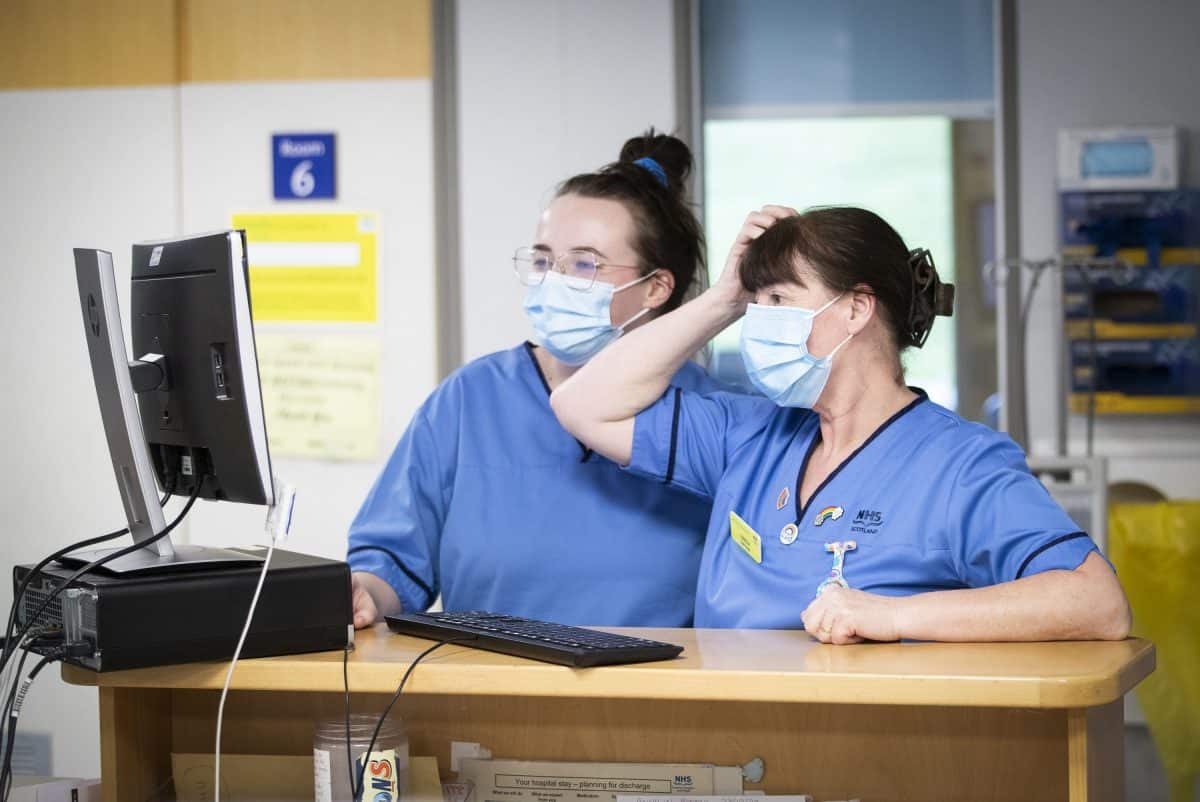 The Royal College of Nurses (RCN) will establish a £35 million industrial action fund in response to the government’s “paltry” recommendation of a one per cent pay rise for NHS workers.

The main nurses’ union made the decision amid growing anger over the pay of health staff who have been under unprecedented pressure during the coronavirus crisis. Unite, which represents tens of thousands of NHS workers, is also warning of industrial action.

The RCN said in a statement: “A strike fund is an amount of money that can be used to support workers, who are members of a trade union, to provide some compensation for loss of earnings and campaigning during industrial action.

“RCN council are determined to have the finances available to our members should they wish to take action.

“In setting up this fund, the RCN will create the UK’s largest union strike fund overnight. The next steps will be decided in conjunction with our members.”

The government sparked fresh anger on Friday when it defended its submission to the NHS Pay Review Body for salaries to be pegged at one per cent.

Health minister Nadine Dorries said the government could not afford to give NHS staff in England a pay rise of more than one per cent, following the revelation that the figure has been submitted to the sector’s pay review body (PRB).

She gave a series of media interviews on Friday defending the government’s position, saying nurses have received a 12 per cent increase in pay over the last three years and the average nurse’s salary is around £34,000.

“Everybody in an ideal world would love to see nurses paid far more… but we are coming out of a pandemic where we have seen huge borrowing and costs to the government,” she told Sky.

“I think it is important to note that the priority of the government has been about protecting people’s livelihoods, about continuing the furlough scheme, about fighting the pandemic, and we’ve put huge effort into that.

“We do not want nurses to go unrecognised – or doctors – and no other public sector employee is receiving a pay rise, there has been a pay freeze.

“But the one per cent offer is the most we think we can afford which we have put forward to the pay review body.”

Unite national officer for health, Colenzo Jarrett-Thorpe, said: “Following yesterday’s kick-in-the-teeth announcement that the Government wants to peg NHS pay at one per cent for 2021-22, Unite will be considering all its options, including the holding of an industrial action ballot, as our pay campaign mounts in the coming weeks.

“We will be fully consulting our members on the next steps, given that inflation could be two per cent by the end of 2021, so what Prime Minister Boris Johnson is recommending is another pay cut in real terms.

“It shows an unyielding contempt by ministers for those who have done so much to care for tens of thousands of Covid-19 patients in the last year.

“The public is rightly outraged by a government that can spend £37 billion on the flawed private sector Test and Trace programme, but can’t find the cash for a decent pay rise for those on the NHS front line.

“Public opinion will be key in shaming the government into changing its recommendations to the NHS Pay Review Body.”

Unions representing workers ranging from nurses and doctors to porters and ambulance crews are angry at the suggestion of a below-inflation pay rise, which will be considered by the review body in May.

Rachel Harrison, national officer of the GMB union, said: “NHS workers are furious at the Government’s recommendation of a one per cent pay increase, published in their evidence to the PRB late yesterday afternoon – six weeks late.

“Ministers have followed this with an even more contemptuous defence of the paltry increase – essentially saying: ‘It’s better than nothing.’ It’s dismissive and insulting to NHS workers who have had an incredibly tough year keeping us all safe.

“That’s why GMB’s pay submission is for a return of a decade of real terms pay losses – 15 per cent or £2 per hour, whichever is the greatest.

“GMB is calling on the PRB to disregard the government’s evidence and finally show NHS key workers the respect and value they have earned.”

Mel, a staff nurse, said the government’s proposed one per cent pay rise for NHS staff is an “insult” and “hypocrisy in its greatest form”. She said the increase for her would equate to an extra £3.50 a week.

“It really isn’t true remuneration for the real-time pay cut that we have seen over the last decade,” she said.

“We have healthcare staff using food banks, so £3.50 is not going to improve their situation in any way, shape or form.

“I am angry beyond words both for myself but for my colleagues who I see struggle daily.”