The proposed pay hike has been branded the "worst kind of insult" by Labour and health unions. 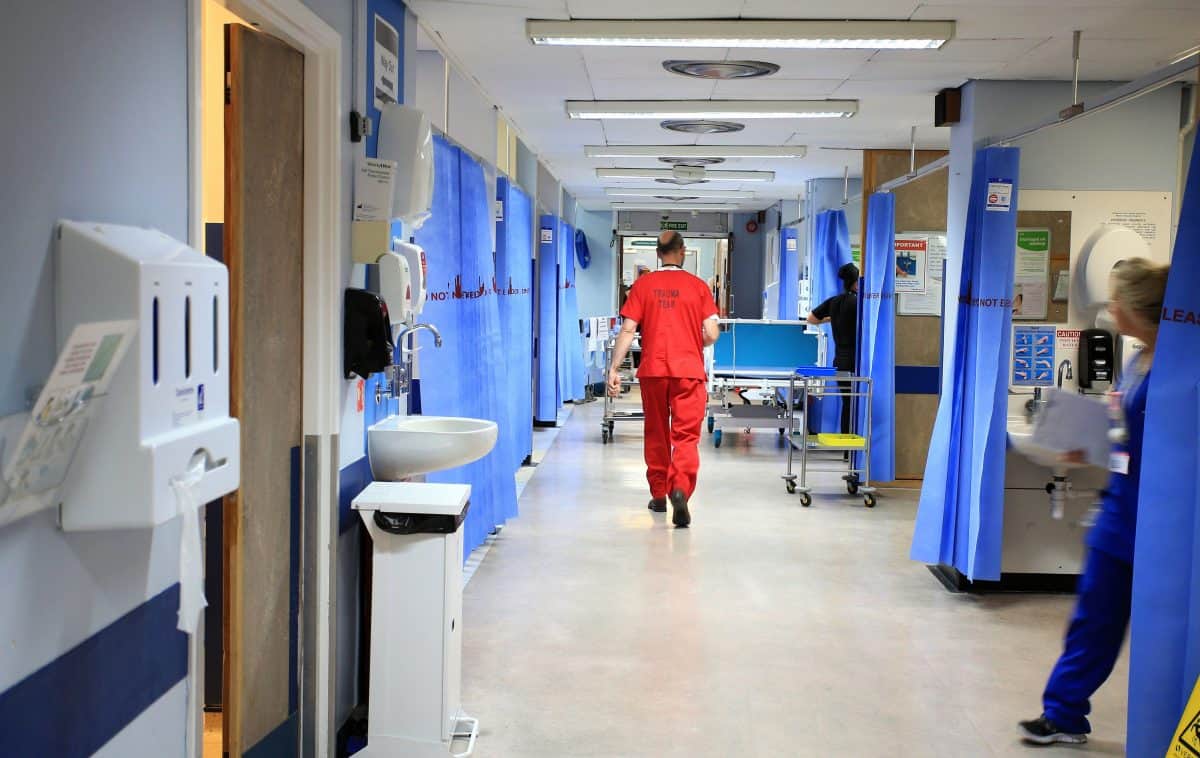 Tory health minister Nadine Dorries claimed she was “pleasantly surprised” by the planned one per cent pay rise for NHS staff in England – even as a nurses’ union branded the proposition “pitiful”.

The proposed pay rise for doctors, nurses and more than a million other members of health service staff – which is less than the expected rate of inflation next year – has been branded the “worst kind of insult” by Labour and unions, which urged the government to properly compensate heroes of the coronavirus pandemic.

But, asked on BBC Breakfast about the news, Dorries said: “I was actually surprised because I knew that we’d frozen public-sector pay, that no-one in the public sector was receiving a pay rise, so I was pleasantly surprised that we were making an offer.”

Asked whether people would still sign up to work for the NHS in light of the new pay proposals, she added: “I believe nurses are about more than superficial soundbites, I think nurses love their job. They do their job because they love their job.”

“I was a nurse myself,” she said. “I became a nurse because I loved nursing. I hope that those nurses who love their jobs too will stay in the NHS and stick with us through what is a difficult time.”

The Department of Health and Social Care revealed plans to increase the pay of 1.4 million NHS staff on Thursday, arguing that a spike of anything more than one per cent could lead to cutbacks in other areas of spending on the health service.

Health unions have called for a 12.5 per cent pay hike, in recognition of the efforts of the NHS on the frontline of the coronavirus pandemic – and to make up for years of austerity that has seen the real-term value of an NHS salary fall.

Unite, a union representing tens of thousands of health service staff, said it would consider holding an industrial action ballot as part of its ongoing campaign for a more generous pay rise.

Lashing out at the one per cent proposal as a “pay cut in real terms”, Unite national officer Colenzo Jarrett-Thorpe said: “It shows an unyielding contempt by ministers for those who have done so much to care for tens of thousands of Covid-19 patients in the last year.”

Dame Donna Kinnair, chief executive of the Royal College of Nursing, said that ministers were “dangerously out of touch with nursing staff, NHS workers and the public”, and Labour’s shadow health secretary Jon Ashworth hit out at “the ultimate kick in the teeth to our NHS heroes”.

“It’s shocking, it’s disgusting, it’s appalling,” Ashworth told the BBC. “It was so cowardly of Rishi Sunak to not announce this in his Budget – to let it sneak out in the small print. He posts pictures of himself clapping for NHS staff, but when it came to it he’s cutting their wages. That’s appalling.”

But, defending the decision, Dorries claimed nurses had seen their pay rise by 12 per cent over the past three years.

“Everybody in an ideal world would love to see nurses paid far more, in an ideal world, but we are coming out of a pandemic where we have seen huge borrowing and costs to the government,” the minister for mental health told Sky News.