“Depend upon it, Sir, when a man knows he is to be hanged in a fortnight, it concentrates his mind wonderfully.” That was a quote from Samuel Johnson, a man who knew a thing or two about snappy aphorisms in times of crisis. And, as befits the reputation of a man whose Boswell recorded life […]

“Depend upon it, Sir, when a man knows he is to be hanged in a fortnight, it concentrates his mind wonderfully.”

That was a quote from Samuel Johnson, a man who knew a thing or two about snappy aphorisms in times of crisis. And, as befits the reputation of a man whose Boswell recorded life has glazed the eyes of students for over three hundred years, of course he was right. Crises, catastrophe or plain old monosyllabic doom impose on every thought, affect every action. It is rather like opening up an Airbnb in one’s home only to find that the first guest is a 160kg Western gorilla; the decision as to what radio station to turn to, wanting a sandwich, or frankly whether it’s worth it or not to get out of bed in the morning if at all all revolve around the question of, ‘What’s the gorilla going to think of this?’

I had a good case of gorilla-think just this morning when it took nearly half an hour to log onto the WiFi. The thought began to rumble and spew like a waking volcano, ‘Has the war started? Is the internet broken? What are the North Atlantic wind patterns and how likely is it that nuclear fallout will scatter the east coast of Northern Ireland?’ Finally the connection was made and I could safely make coffee as one jittery nerve deserves company. 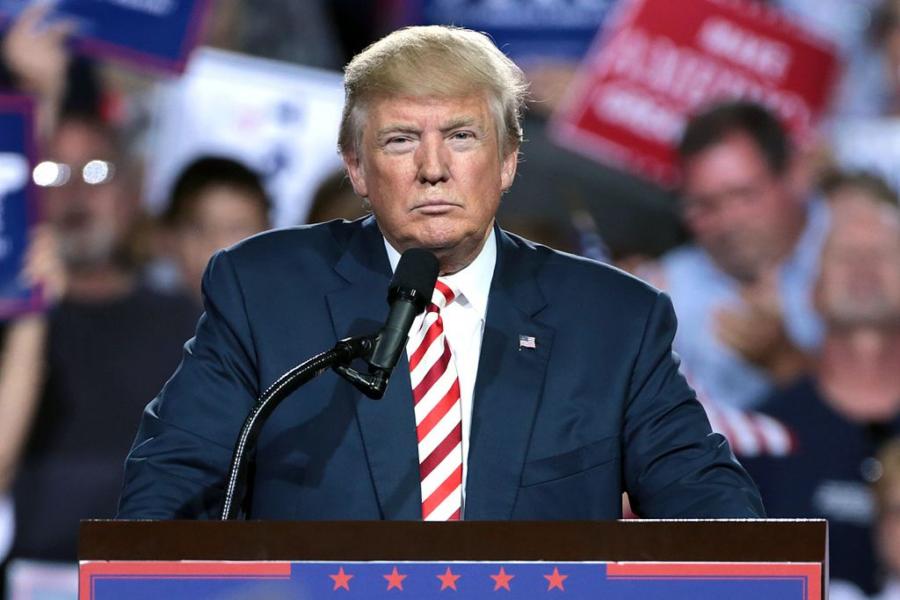 Rather stupidly, I admit, I had thought that with Donald J Trump away at his Bedminster golf course for a weekend plus a fortnight that there might be some relative calm, some time to reflect on the combination of circumstances that led to this strangely-coiffed buffoon crashing into the role of Leader of the Free World (tm) and making a complete banjax of it. Then came his boastful, belligerent roar that, ‘North Korea best not make any more threats to the United States. They will be met with fire and the fury like the world has never seen.’ North Korean state media responded that Kim Jong-un was considering the launch of an ICBM at the US military base on the island of Guam. In further reaction, the rest of the world cancelled its long-term retirement plans and spent the accumulated funds on Jim Beam, candles, and the collected works of Nevil Shute as we’re going to need something to read if we survive, crouching and huddled for the rest of our lives in the bottom of a mine shaft. 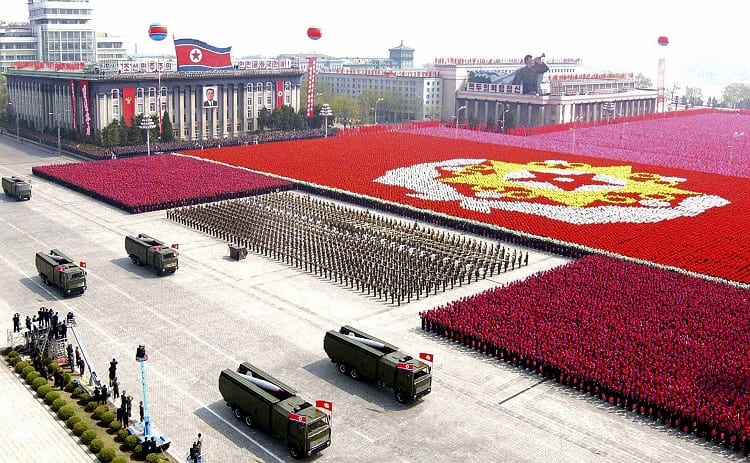 Goddam you Donald Trump. The weather has been perfectly lovely this summer and you had to go and ruin it.

We do have to look seriously at this, despite my best attempts at laughing in the face of horror. How in the name of Doctor Strangelove did we get to this point and how do we get past it?

North Korea has been working on developing a nuclear weapon for at least twenty years, since the days when Bill Clinton was President. Ever since then, through Clinton’s remaining time in office, George W. Bush and Obama’s administrations as well, the American-led Western response has followed a pattern of sanctions, quiet diplomacy, and easing of sanctions; lather, rinse, repeat. Matters never reached a true crisis point as – to be frank – sensible minds never thought that a country as addle-pated as North Korea could ever manage the telemetry and fission science necessary to launch a nuclear attack.

Although the most recent North Korean tests saw their missiles make it into the Sea of Japan the fear level remained, if not low at least no worse than cautious. The Japanese reported that their radar indicated that the missile had broken apart upon re-entry so therefore the Koreans had not mastered delivery. Then yesterday it emerged that North Korea had miniaturized nuclear warheads that would fit inside those missiles and Trump went Peak Bellicose. 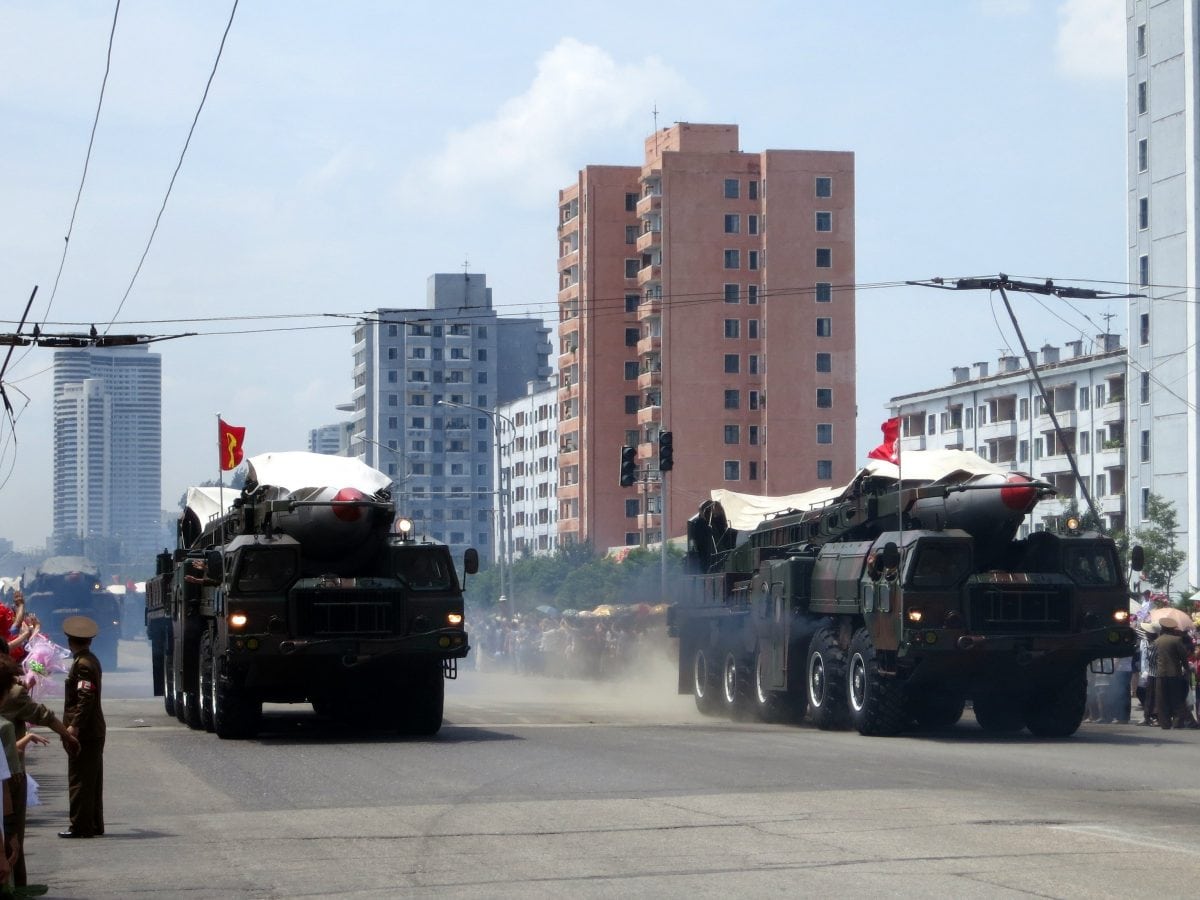 A step back: Where did those warheads come from? There is a possibility that North Korea may have developed the technology themselves – it is frankly racist smuggery to completely assume otherwise – yet I still rather doubt it. No, the stronger likelihood is that at the very least someone slipped them the plans if not indeed the warheads themselves.

So in whose interests would it be to do such an outrageous act of destabilizing espionage? Let us look at the world’s nuclear powers. America is not going to arm someone against themselves. Dismiss. Britain may be the world’s second largest arms trader (a mark of shame) but we aren’t crazy. Dismiss. India and Pakistan have their own problems to solve and neither have been accused previously of exporting nuclear weaponry. Dismiss. Israel may be angry with the US now and then but it would not chop off its major funder to spite itself. Dismiss. China would not arm its quasi-client state and risk unsettling world economics. Dismiss. That leaves us with Russia. 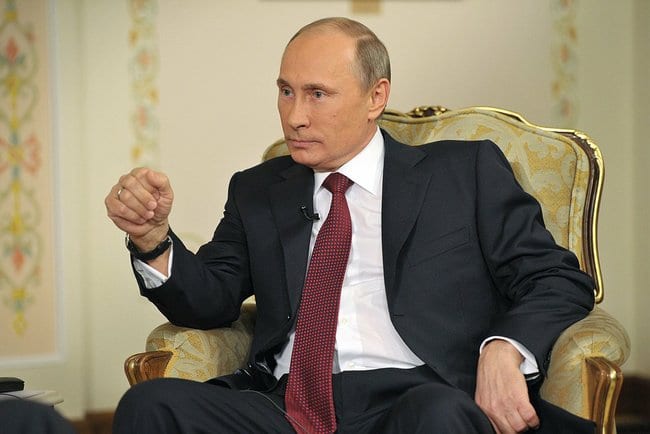 Would the Russians do it? Well let’s see: Putin’s entire objective has been disrupting the Western world in order to make it so disordered it cannot respond in a unified way against his own territorial objectives. We have strong verified and/or circumstantial evidence of Russian interference in the Brexit vote, the American election and the recent French election. With motive and means established, at the very least if this was a homicide investigation Inspector Plodder would be knocking at the Kremlin’s door with a search warrant.

Regardless of how we came to this crisis point, the burning issue is a means of getting past it. The sensible method was summarized neatly by Jon Wolsthal, a senior National Security Council official in the Obama administration. As quoted in Politico, his recommendation to Trump was that:

‘Publicly he should say very little other than we will protect and defend ourselves and our allies. In just that calm a way. Privately we should tell North Korea directly that their weapons are unusable and any attack in us or our allies will bring about the end of the North Korean state. Their only option is to not use these weapons and return to negotiations.’

Is that sensible approach likely to be adopted by Trump? Well, to quote a fine old southern US phrase, ‘If a frog had wings he wouldn’t whomp his ass every time he jumped.’ Much, much, much more likely is that when faced with horrified reactions by liberal elites (particularly anyone associated with Obama) Trump will do the exact opposite. Look tough, talk tough, make the yahoos yee-haw in joy.

The President must be removed from office. Immediately. There is a true and very real risk that he might just drop a nuclear bomb, if not on Pyongyang, then at least nearby. All hell would break loose and for once that is not a metaphor. Whether through the  25th Amendment to the US Constitution (whereby a majority of the Cabinet may temporarily remove the President from office) or through the dropping of enough criminal indictments to shake the Republican Congress out of its timidity, Trump’s proximity to the nuclear launch codes must be walled off and separated. 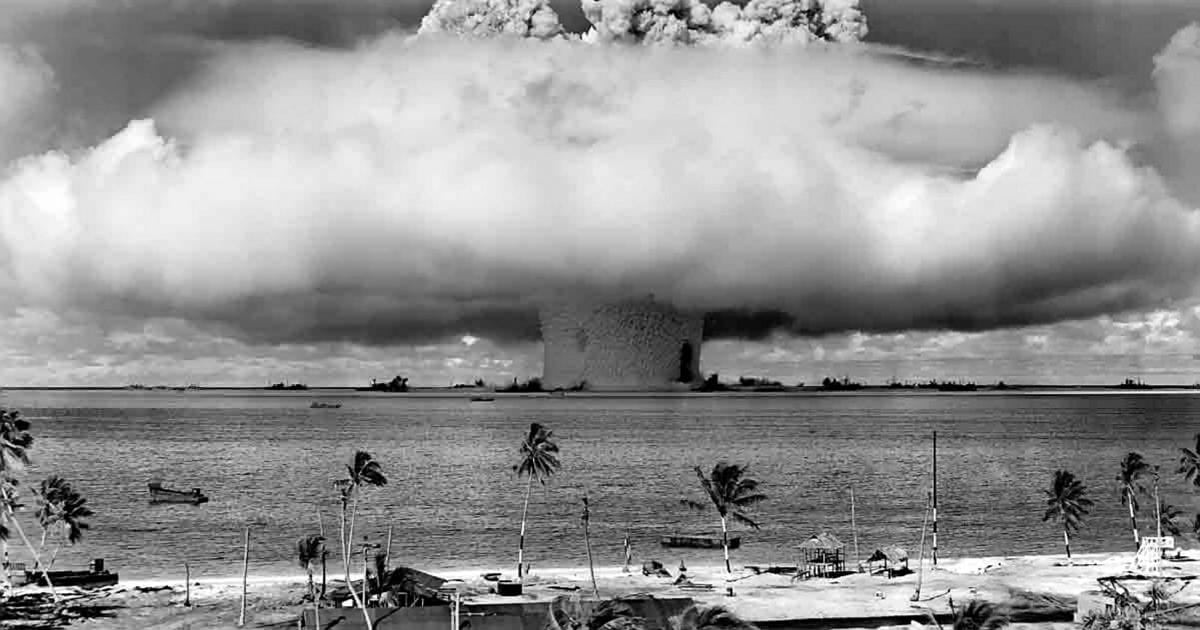 Otherwise? You have been kind enough to have read this horror story this far so I should ease you back into your day. The following is from the marvelous Marx Brothers movie Duck Soup. If you’ve never seen it, oh darlings you really must! Substitute Trump for Groucho’s character Rufus T. Firefly, and Kim Jong-un for Ambassador Trentino, and here is today’s world:

Rufus T. Firefly: I’d be unworthy of the high trust that’s been placed in me if I didn’t do everything in my power to keep our beloved Freedonia in peace with the world. I’d be only too happy to meet with Ambassador Trentino, and offer him on behalf of my country the right hand of good fellowship. And I feel sure he will accept this gesture in the spirit of which it is offered. But suppose he doesn’t. A fine thing that’ll be. I hold out my hand and he refuses to accept. That’ll add a lot to my prestige, won’t it? Me, the head of a country, snubbed by a foreign ambassador. Who does he think he is, that he can come here, and make a sap of me in front of all my people? Think of it – I hold out my hand and that hyena refuses to accept. Why, the cheap four-flushing swine, he’ll never get away with it I tell you, he’ll never get away with it.

Rufus T. Firefly: So, you refuse to shake hands with me, eh?

[slaps Trentino with his glove]

Ambassador Trentino: Mrs. Teasdale, this is the last straw. There’s no turning back now! This means war!

Be seeing you. I hope.