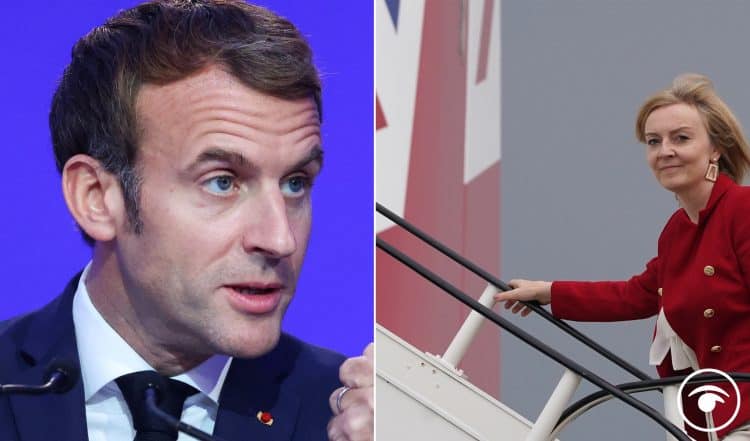 Only last week French President Emmanuel Macron has suggested it is a “problem” if Britain cannot call itself a friend of France, amid an unexpected diplomatic row sparked by comments made by Foreign Secretary Liz Truss at a hustings.

Now another anti-Macron story has emerged in the press which is unlikely to win any friends across the Channel.

Last week French premier said that he believed the UK was a “friend” despite what the Foreign Secretary might suggest, after Ms Truss told Tory members at a leadership hustings in Norwich on Thursday that she was undecided as to whether the French leader was “friend or foe”.

Mr Macron, asked his views on the comments, responded after a long pause: “Listen, it’s never good to lose your bearings too much in life. If one asks the question – which is how I will answer you – whoever is considered for the leadership in Great Britain, I won’t ponder it for a single second.

“The United Kingdom is a friend of France, and you know we live in a complicated world, there are more and more liberals, authoritarian democracies, so there is a sense of imbalance,” he told FranceInfo.

“If the French and British are not capable of saying whether we are friends or enemies – the term is not neutral – we are going to have a problem.

“So yes of course the British people, the nation which is the United Kingdom, is a friend, strong and allied, whoever its leaders are and sometimes in spite of the leaders and the small mistakes they can make in their speeches.”

So after that Macron masterclass, you would think that maybe bashing the French could be sidelined.

But no they have doubled down on it.

“Macron quivering in boots as Truss to hand Frost ‘significant’ role to get tough on EU”, claims an Express article today.

It was met with astonishment by Lord Ricketts.

He said Liz Truss MP’s comments about France’s Emmanuel Macron “is not a great start”; and adds that with a real war in Europe, we don’t need a trade war with the EU, and said “we shouldn’t be issuing threats.”

This new attack line at the French President hasn’t gone down that well: