A total of 18 members from the notorious Birmingham gangs The Burger Bar Boys and Johnson Crew have been made subject to Britain’s biggest ever gang injunction. The criminals from two of the UK’s most feared gangs have been banned from the city as well as making rap music videos glamourising crime following the landmark […] 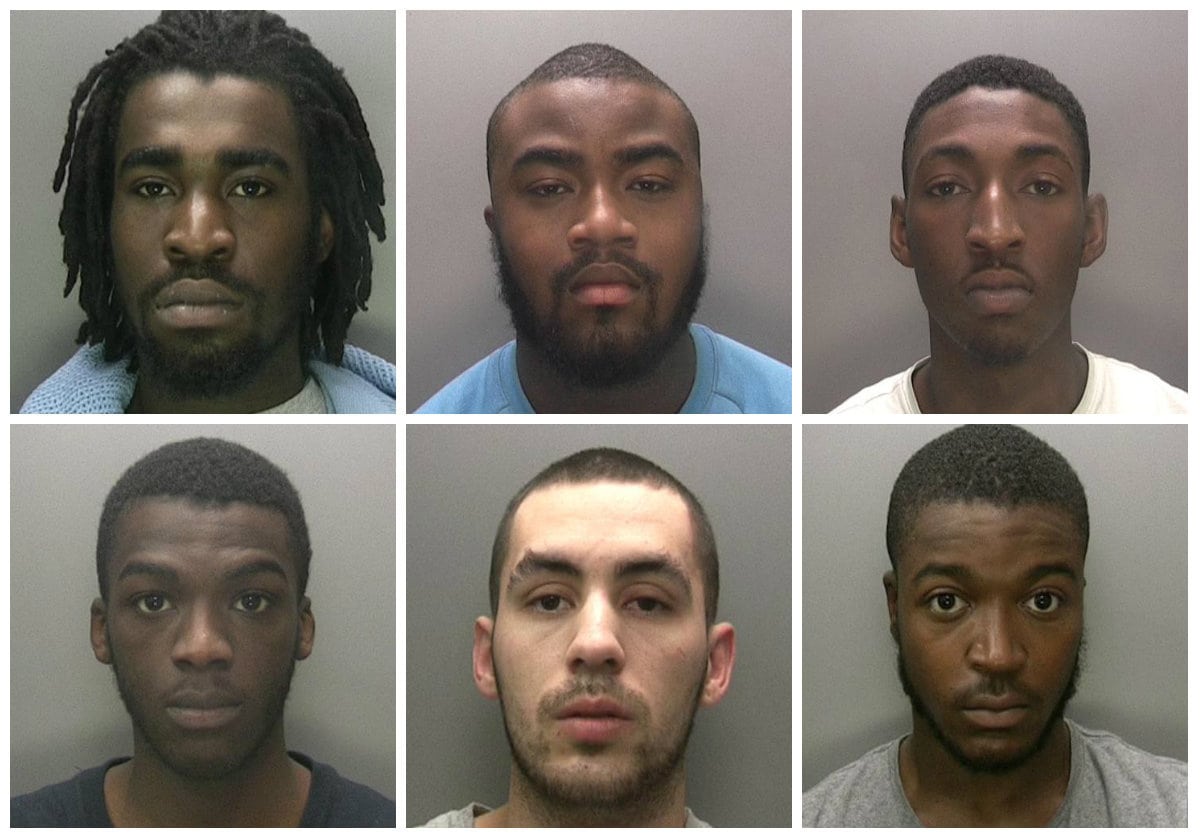 A total of 18 members from the notorious Birmingham gangs The Burger Bar Boys and Johnson Crew have been made subject to Britain’s biggest ever gang injunction.

The criminals from two of the UK’s most feared gangs have been banned from the city as well as making rap music videos glamourising crime following the landmark ruling.

The injunctions – granted last month at Birmingham Crown Court – also allow officers to restrict the vehicles and mobile phones used by the men.

The gangsters – aged between 19 and 29 – are now barred from mixing with each inside or out of prison and prohibited from entering certain parts of Birmingham.

They are also forbidden from making music videos that “have the effect of promoting gang-related violence or drug dealing”.

The crackdown comes after the gangs reignited their violent rivalry after one of their “Godfathers” was jailed sparking a series of 20 shootings in less than a year.

The Burger Bar Boys and the Johnson Crew have been bringing terror to the streets of Birmingham since they began their fierce turf war almost 20 years ago.

Gun-related crimes involving the two gangs had dropped in recent years but the rivalry saw a resurgence after a Burger Bar Boys kingpin was jailed in November 2015.

Lead detective from the Force CID Prevent Team, Detective Sergeant Ian Comfort, said: “We set out to disrupt and curtail gang activity following around 20 firearm offences involving Birmingham gangs during the summer of 2015 and into the start of 2016.

“We secured interim injunctions to reduce the violence and ensure the community had on-going respite from the incidents.

“This is relatively new legislation and we believe that securing final full injunctions on such a large number of gang members is a UK first.

“The injunctions are applied for in the civil court in addition to sentences handed out by the criminal court for offences.

“They are an additional measure to help control the offenders and keep the community safe.” 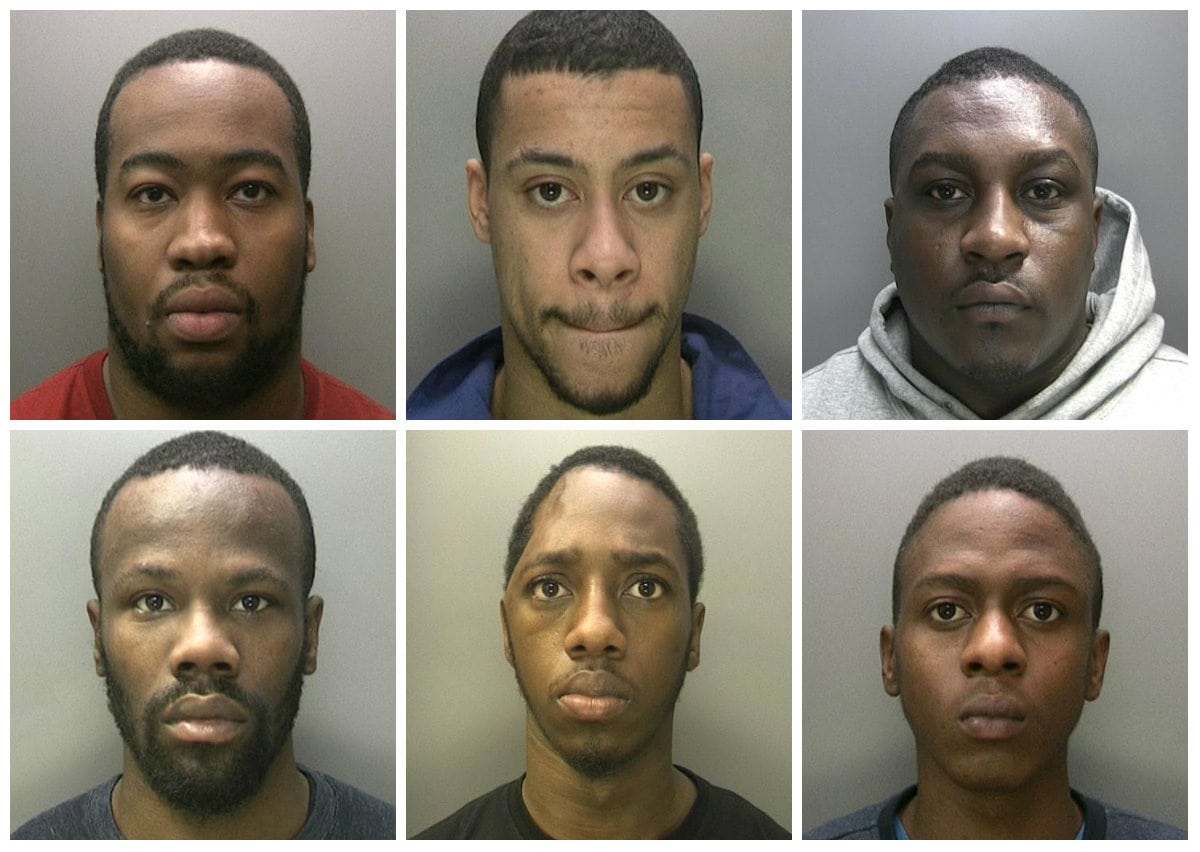 They included Reial Phillips, Ashai Gray and Ishmail Lee, who were handed lengthy jail terms last year for their part in a gangland turf war which saw eight people shot.

Others were issued on men who are already in prison, serving lengthy sentences for other criminal offences.

The orders include a power of arrest, meaning the gang members face up to two years behind bars if they are caught flouting the restrictions.

West Midlands Police said more than 80 witnesses from the Home Office and their own officers gave evidence during the case.

Superintendent Mat Shaer, Neighbourhood Policing Superintendent for Birmingham, said: “These injunctions are not sought lightly and the police together with the local council and other voluntary groups and charities will have already made exhaustive efforts with these men and their families to try and steer them away gang culture. 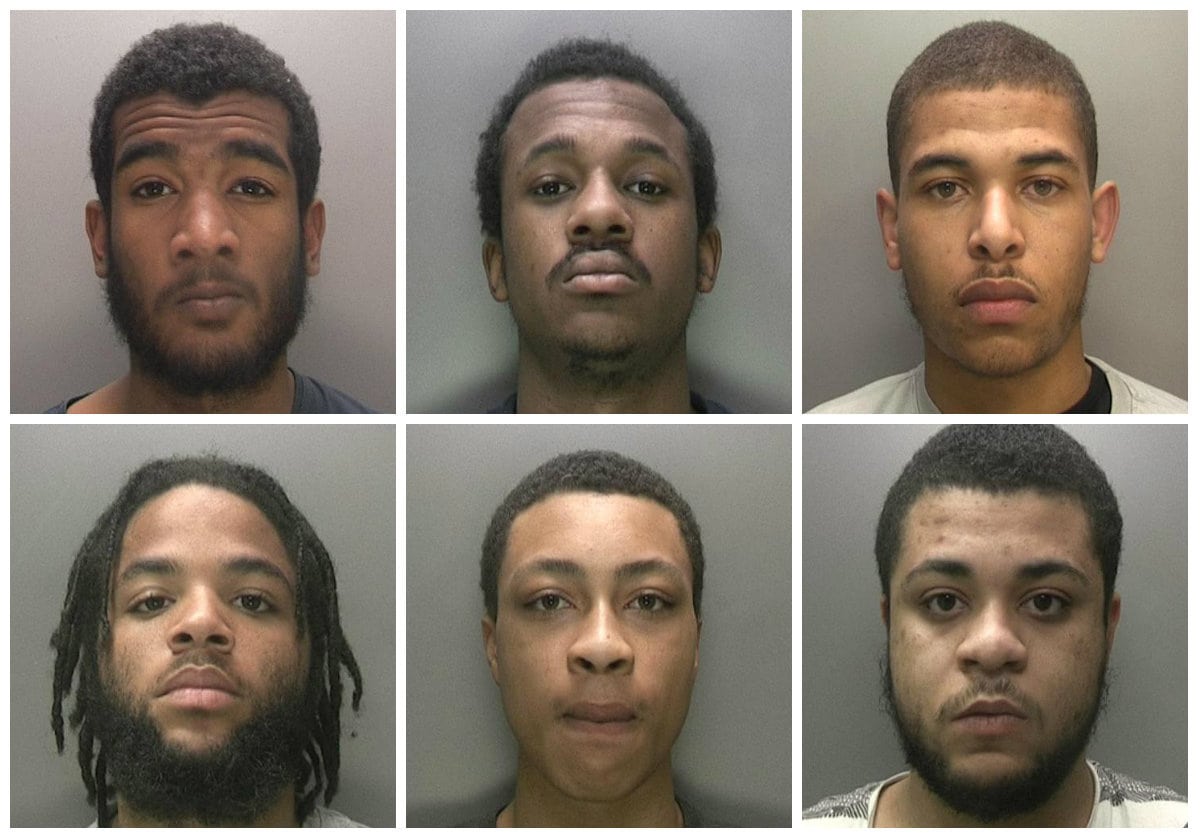 “My officers will be responsible for enforcing the terms of the injunctions and if the men fail to adhere to the conditions they can and will be arrested.

“These civil injunctions add to our armoury and do not replace criminal prosecutions or investigations.

“These powers allow us to manage the men and restrict their movements. We can restrict their associations and where they are allowed to go within the area.

“We would like to thank the people living in the area where these gangs operate for having the courage to come forward with information that has helped us secure the injunctions.

“We now turn to our communities to act as our eyes and ears and inform us if they see these men associating with each other or if they see them in the exclusion zones.”

West Midlands Police and Crime Commissioner, David Jamieson, said: “I am delighted the authorities in our region have been able to come together to take this really tough action and disrupt these gangs from their criminal behaviour. 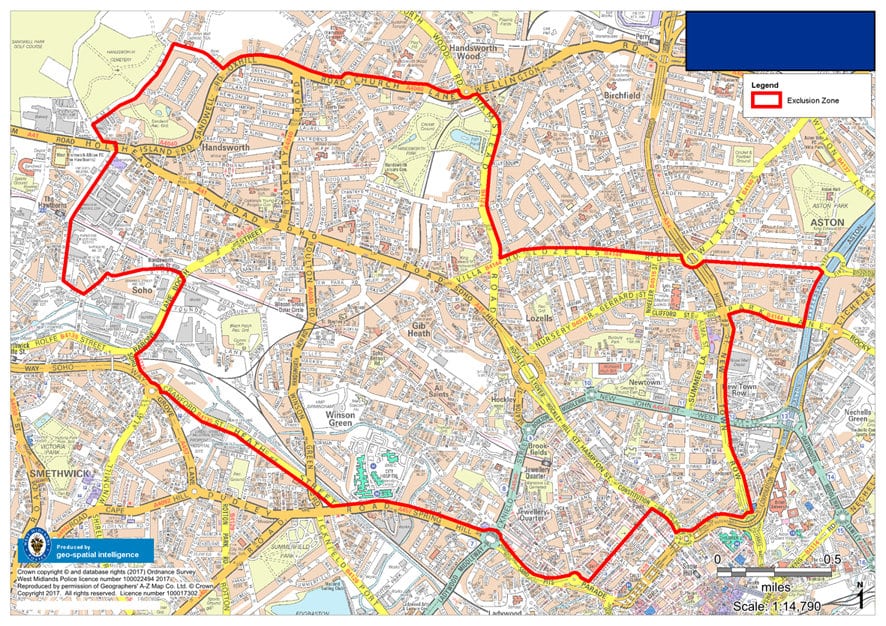 “These young men are dangerous and a menace to ordinary people.

“They must be stopped from behaving like thugs and terrorising hard working people.”

Councillor Tristan Chatfield, Cabinet Member for Transparency, Openness and Equality at Birmingham City Council, said: “I pay tribute to the efforts of all involved in securing these injunctions.

“They are leading the way in using the powers at their disposal to fight these gangs.

“We will not allow these criminals to create fear amongst the citizens of Birmingham.

“Our city is a great place to live and this action shows that through partnership working, we will do everything we can to ensure this remains the case.”