Nothing else can save me SOS: Number of times Sue Gray told about Abba party revealed

However, no mention of this gathering made it into report and now claims of a second party have emerged. 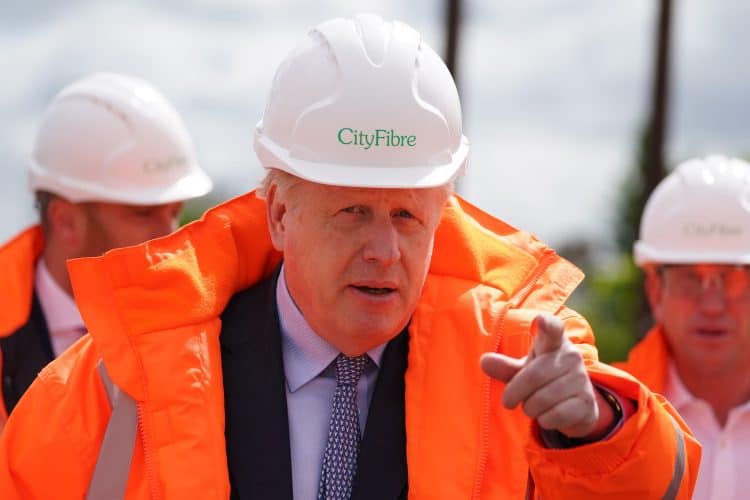 The partygate scandal is not going away any time soon. It has now been claimed that Sue Gray was told about the Abba party on four occasions but didn’t put it into her report, claims the Telegraph

It comes as previously unseen messages suggest that Carrie Johnson held a second party in the Downing Street flat, it has been claimed.

Cabinet secretary Simon Case has been sent a letter unveiling the messages, which suggest that Carrie Johnson organised the law-breaking event in Number 10, according to The Times.

The paper says that communication on June 19, 2020, show that she was in the flat with several friends on the evening of Boris Johnson’s 56th birthday – and that the PM went up to the flat.

The Sunday Times also reported that the Prime Minister’s chief-of-staff Steve Barclay edited out details about a gathering in the Johnsons’ Downing Street residence on November 13 2020, removing details about music being played at a so-called “Abba party” following the departure of controversial aide Dominic Cummings.

Separately, The Daily Telegraph said Ms Gray was told by at least four officials about Abba songs being played on the night in question, but her report published last week did not make mention of music being heard.

The Cabinet Office was forced to deny that the head of the Civil Service, Simon Case, had requested for his name to be removed from the report.

The department said it was not correct that Mr Barclay edited or influenced the findings, with a spokesman adding that, while it was true the team took representations from those who were criticised in the report, such a practice was part of a “usual process in such matters”.

Officials also said it was not true that Ms Gray had declined to look into claims of a second gathering on the night of Mr Johnson’s birthday in June 2020 – alleged to have taken place only hours after the surprise Cabinet room bash which saw him fined for breaching coronavirus rules.

The Sunday Times reported that an unnamed aide claimed to have told Ms Gray’s investigation in January that they had messages showing Mrs Johnson met with “several” male friends that evening, with the Prime Minister later heading up to the flat where they were gathered.

Civil servants claim that they gave evidence into alleged lockdown gathering, only for them not to appear in her final report.

The police did not investigate the alleged evening flat gathering and by the time the aide offered to share the messages with Ms Gray, the Cabinet Office said the probe had been wrapped-up.