In a statement, rally organisers accused the Prime Minister of “betrayal” by his Brexit plans dividing the United Kingdom. 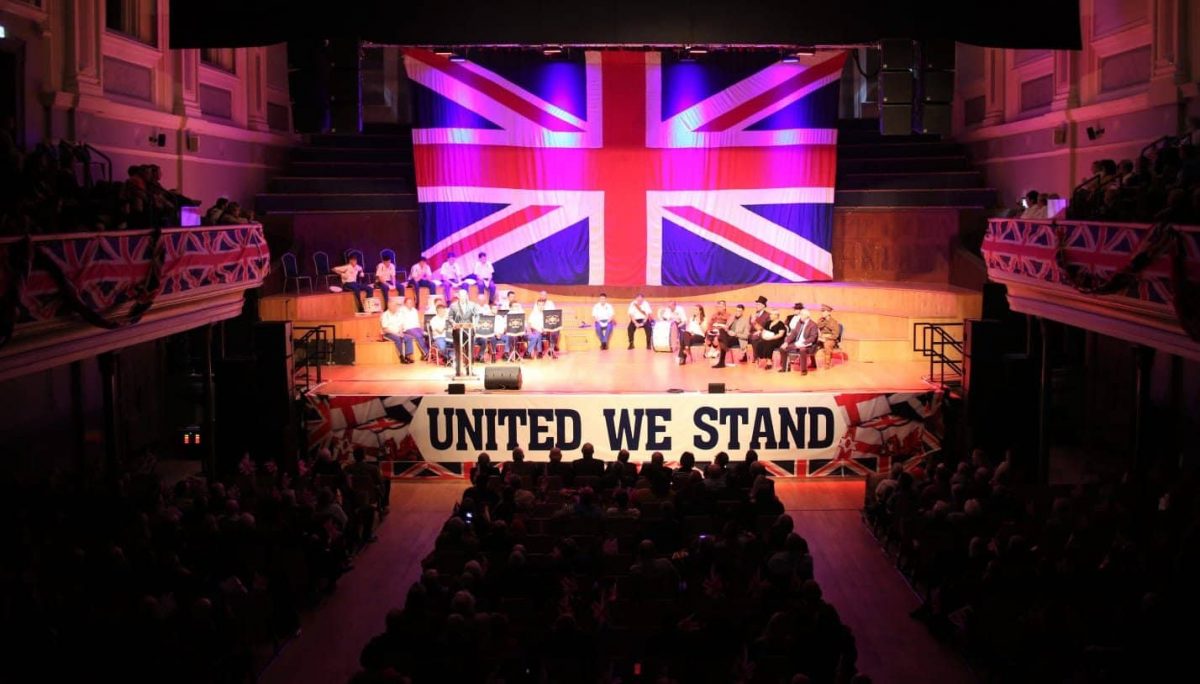 Crowds have attended a meeting in Belfast where pledges to “resist” Boris Johnson’s proposed Brexit deal were heard.

The Rally For The Union at the Ulster Hall heard the Prime Minister’s deal described as the “betrayal act”, which would lead to an “economic united Ireland”.

Organisers said the aim of the event was to encourage votes for unionist politicians “in the hope of returning a maximum number of unionist MPs to Westminster”.

The event on Friday evening – which was not open to media – is the latest in a series which have taken place across Northern Ireland in recent weeks against Mr Johnson’s Brexit deal.

Unionists and loyalists across the board have expressed opposition to Mr Johnson’s Brexit withdrawal deal, claiming it creates a “border down the Irish Sea” through proposed regulatory arrangements.

In a statement issued on Sunday, rally organisers accused the Prime Minister of “betrayal”, “placing us in what would be tantamount to an economic United Ireland”.

Boris on the defensive on his Brexit deal

On the weekend Boris Johnson was forced to yet again deny he had lied about not creating a border for goods travelling between Northern Ireland and the rest of the UK after he was contradicted by his own Brexit Secretary and internal government documents detailing customs and checks were leaked by Labour to show the public the truth on Friday.

He again insisted that there would be no checks for goods travelling between Northern Ireland and Great Britain under his Brexit deal, saying the Government documents shared by Labour were “wrong”.

Jeremy Corbyn on Friday revealed a confidential government report which detailed  customs checks between Great Britain and Northern Ireland after Brexit. Corbyn said the latest revelation shows Johnson is “deliberately misleading the people” about his deal with Brussels. “We have now caught Johnson red-handed misrepresenting his own Brexit deal,”

But the PM told Sky: “There’s no question of there being checks on goods going NI/GB or GB/NI because they are part of – if you look at what the deal is, we’re part of the same customs territory and it’s very clear that there should be unfettered access between Northern Ireland and the rest of GB.”

The event in Ulster also heard messages of support from representatives of the Orange Order and Apprentice Boys Of Derry in Scotland, before hearing DUP candidate Nigel Dodds and TUV leader Jim Allister giving “their perspectives on the current political crisis”, according to the statement from the organisers.

The statement concludes: “The overwhelming message of the evening was unambiguous. This generation of loyalists will not be the generation to fail Ulster.

“We will not tolerate an economic united Ireland. We will not accept a border in the Irish Sea. We will vote unionist on the 12th December. We will resist the Betrayal Act.”

READ MORE: Boris Johnson refuses to say if he will resign if he fails to win majority on Thursday