He accused the administration in Dublin of only advocating for the nationalist side of the community in Northern Ireland and ignoring the concerns unionists have over the imposition of Irish Sea trade barriers under the terms of the Brexit Withdrawal Agreement. 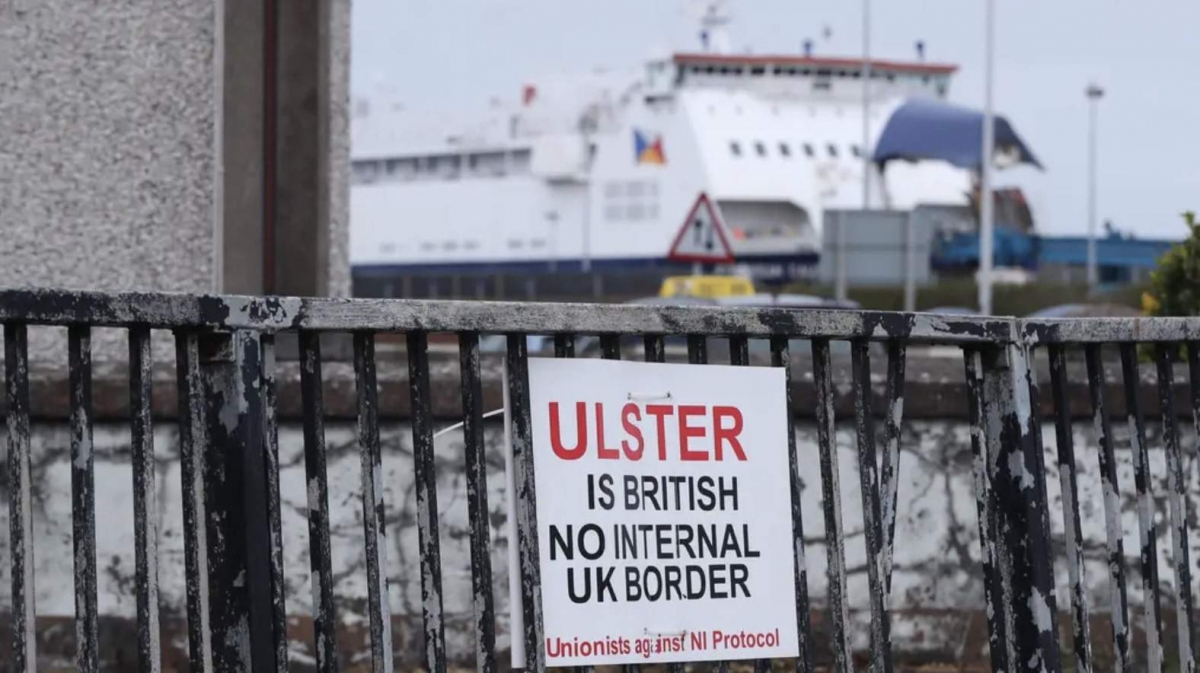 Sir Jeffrey, who became leader-designate on Saturday, signalled that north-south relationships will be impacted if Irish ministers do not change stance.

He accused the administration in Dublin of only advocating for the nationalist side of the community in Northern Ireland and ignoring the concerns unionists have over the imposition of Irish Sea trade barriers under the terms of the Brexit Withdrawal Agreement.

After his leadership bid received the endorsement of the DUP electoral college on Saturday, Sir Jeffrey was asked about engagement with the Irish Government going forward.

“I want to make clear to the Irish Government that their cheerleading for the Protocol is simply not acceptable, given the harm that it is doing to Northern Ireland, it is dragging our politics backwards,” he said.

Earlier this year, DUP Stormont ministers engaged in a de facto boycott of north-south political meetings with Irish Government ministers as part of their campaign of opposition against the new Irish Sea trading arrangements.

Outgoing DUP leader Edwin Poots announced a re-engagement in such meetings after holding talks with Taoiseach Micheal Martin in Dublin earlier this month. However, a planned meeting of the North South Ministerial Council was cancelled last Friday amid the turmoil surrounding Mr Poots’s dramatic resignation as party leader the night before.

Sir Jeffrey said it will be inevitable that north-south relations will be damaged if the east-west relationship between Britain and the island of Ireland continues to be “harmed” by the Protocol.

“It’s not just London, Dublin also need to understand that if we’re going to move forward and have co-operation, if they’re intent on harming our relationship with Great Britain, they cannot expect that it will be business as usual on the north-south relationship.

“The Belfast agreement is very clear – the three sets of relationships (north-south, east-west and within Stormont) are interlocking and interdependent. If you harm one element, one relationship, you harm all of them. If the Irish Government continues to support the imposition of a Protocol that harms our relationship with Great Britain then, by implication, it harms the relationship between Dublin and Belfast.