The damning comments come as Priti Patel was ‘bitterly disappointed’ a flight due to take asylum seekers from Britain to Spain was halted. 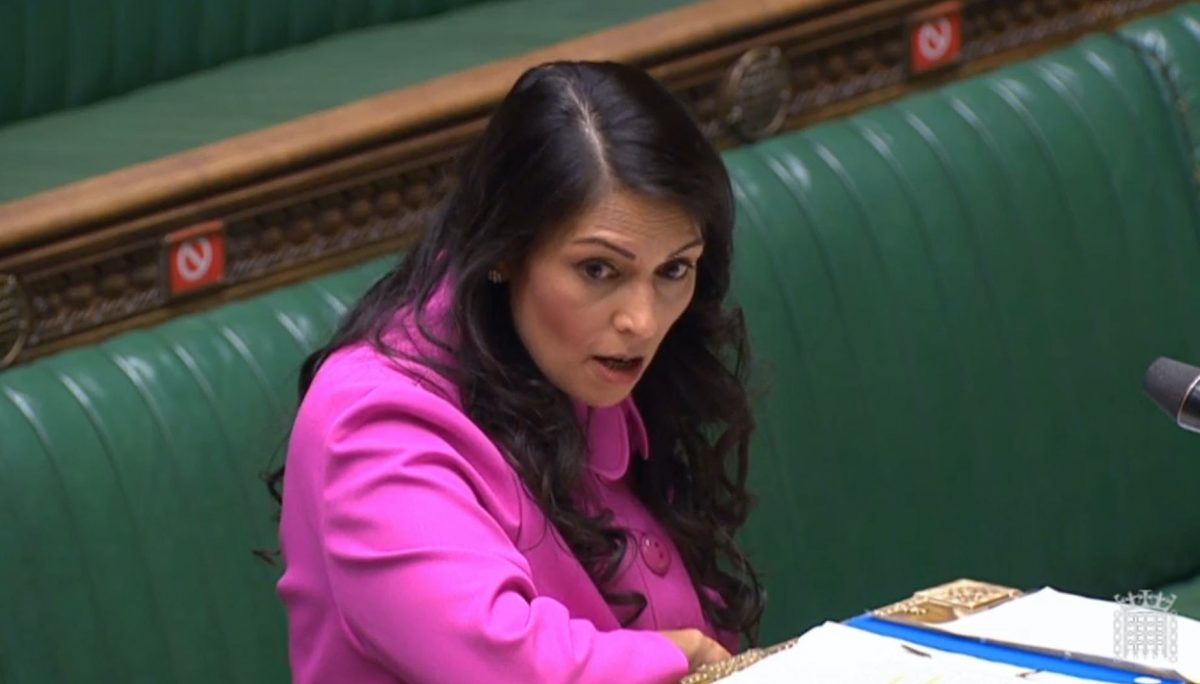 The Government’s immigration enforcement unit has been slammed by the Public Accounts Committee. They claimed that the £400 million pounds a year the Home Office pays towards it is not being accounted for or what they are doing with it.

This news comes as a campaign group has hailed a judge’s decision to halt a flight due to take asylum seekers from Britain to Spain as a “victory for humanity”. However Priti Patel said: “We are bitterly disappointed with the court’s ruling,

The cross-party MPs said the Home Office had “no idea” what its £400m-a-year immigration enforcement unit achieves, meaning it is unprepared for Brexit, MPs have warned.

Its policies may be based purely on “assumption and prejudice.” From the start of 2021, if the UK fails to reach a deal with the EU, it will no longer be part of a system that obliges EU members to take back some migrants who have no right to be in another state.

In the highly critical report, the influential committee said officials were reliant on “disturbingly weak evidence” to assess which immigration enforcement policies worked, and why.

Officials had no idea how many people are living illegally in the UK. They committee said “We are concerned that if the department does not make decisions based on evidence, it instead risks making them on anecdote, assumption and prejudice,” said the MPs.

“Worryingly, it has no idea of what impact it has achieved for the £400m spent each year.”

Committee chairwoman Meg Hillier said: “The Home Office has frighteningly little grasp of the impact of its activities in managing immigration.

“It accepts the wreckage that its ignorance and the culture it has fostered caused in the Windrush scandal – but the evidence we saw shows too little intent to change, and inspires no confidence that the next such scandal isn’t right around the corner.”

A Home Office spokeswoman said it used a “balanced” approach to maintain “a fair immigration system”.

A campaign group has hailed a judge’s decision to halt a flight due to take asylum seekers from Britain to Spain as a “victory for humanity”.

Three men, who arrived in Britain on small boats during the summer and are being held in an immigration detention centre, mounted a High Court challenge in a bid to halt the flight to Madrid, which had been chartered by Home Office officials.

Their lawyers raised concerns about asylum-seekers being left homeless and destitute in Madrid and said more investigations were needed into Spanish immigrant reception facilities.

Lawyers representing Home Secretary Priti Patel argued that the flight should be allowed to leave and said Spanish authorities could be trusted to comply with their obligations to asylum seekers.

Sir Duncan Ouseley on Wednesday ruled in favour of the three men, and said the flight should not leave, after analysing issues at a High Court hearing in London.

Ms Patel said earlier: “We are bitterly disappointed with the court’s ruling, which has prevented us from returning people who have no right to be here.