The tram derailed in south-east London on November 9 2016. 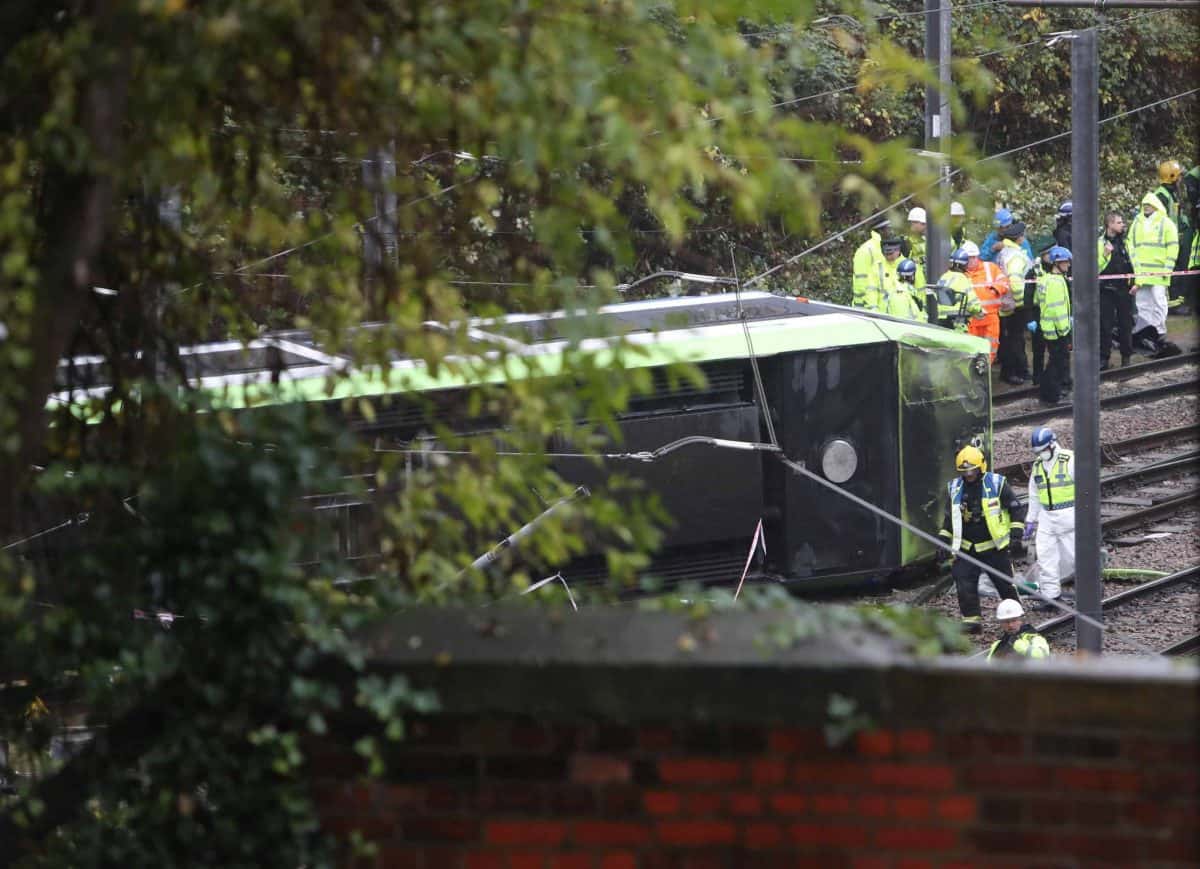 The driver involved in the Croydon tram crash will not be charged with gross negligence manslaughter, police said.

There will also be no charges for corporate manslaughter brought against Transport for London or operator Tram Operations Ltd, a subsidiary of FirstGroup.

British Transport Police (BTP) said “every scrap of possible evidence has been scrutinised”.

Seven people were killed and 51 others injured when the tram derailed in south-east London on November 9 2016.

It came off the tracks at almost four times the speed limit in darkness and heavy rain.

The driver, Alfred Dorris, of Beckenham, south-east London, was arrested at the scene and questioned on suspicion of manslaughter.

An investigation found that he possibly drifted into a “microsleep” before speeding round a sharp bend at Sandilands at 45mph.

The Rail Accident Investigation Branch said it is “probable” he “temporarily lost awareness” on a straight section of track and may have fallen into a “microsleep” for up to 49 seconds.

BTP said a dedicated team has been investigating the causes of the crash for nearly three years.

This involved forensic work at the scene, analysis of phone records, hundreds of interviews, and thousands of other individual pieces of evidence.

The families of those who died have been informed of the decision not to bring charges against the driver or companies involved.

Detective Superintendent Gary Richardson, who led the police investigation, said: “We know that this latest update may not be the news that many, including the family members who lost loved ones, had hoped for.

“But we are satisfied that every scrap of possible evidence has been scrutinised and, after lengthy consultation with the CPS, it has been concluded that the threshold to bring charges of manslaughter against the tram driver, TfL and Tram Operations Ltd have not been met.”

He added that BTP will continue to investigate whether health and safety laws were breached during the incident.

The force will begin to work with HM Coroner to prepare for the victims’ inquests.

Jenny Hopkins, head of the special crime and counter terrorism division at the Crown Prosecution Service (CPS) said it had “carefully reviewed all the available material” before concluding that the evidence “did not support a prosecution”.

She added: “We fully recognise the impact this decision will have on families who have lost their loved ones and we have offered to meet with them to explain our reasons in full.”