Sterling fell by more than 4 per cent to just 1.0327 dollars in early Asia trade. 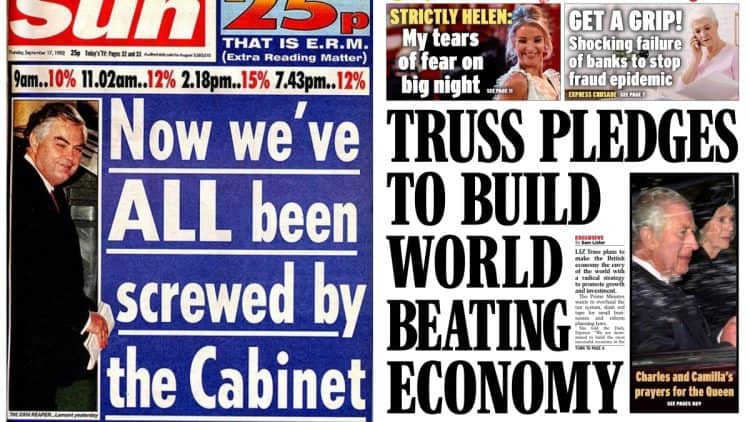 The pound has slumped to its lowest level against the dollar since decimalisation in 1971 after Kwasi Kwarteng hinted at more tax cuts.

Comparisons to Black Wednesday have been made with the pound seemingly in freefall.

The event refers to September 16th, 1992, when a collapse in the pound sterling forced Britain to withdraw from the European Exchange Rate Mechanism.

At the time, the news dominated newspaper headlines, with the Sun saying we’re been “screwed by the Cabinet” and the Mail running with “Devalued Chancellor”.

Contrast that to newspaper headlines today and you might see how we got into this mess in the first place: