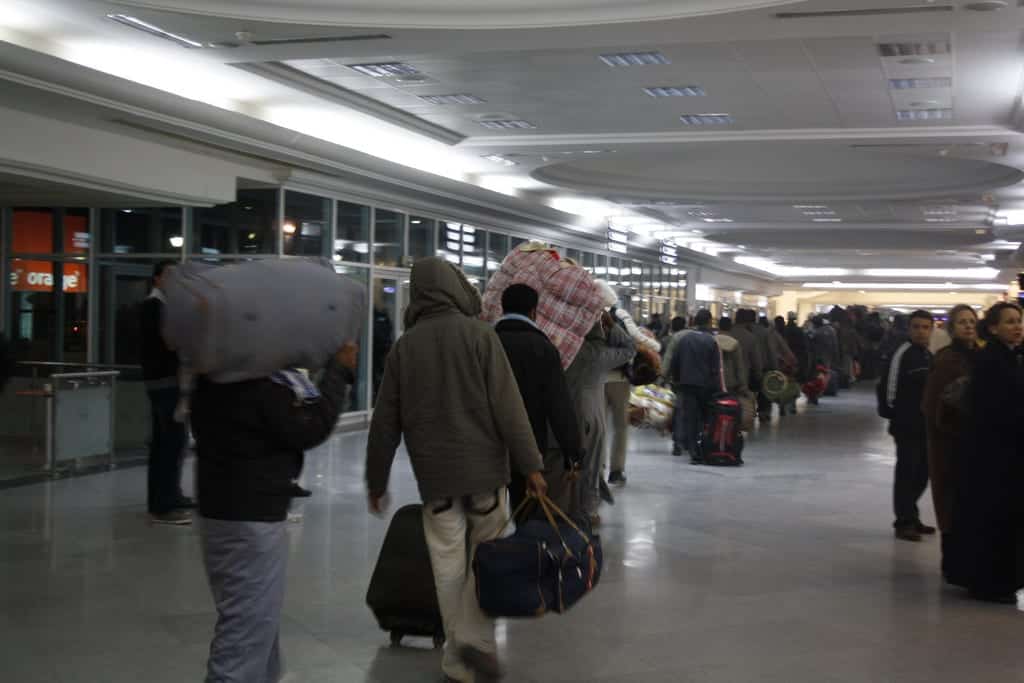 As the EU referendum comes ever closer the news that annual net migration nearly hit record levels, will leave the “Brexiteers,” rubbing their hands with glee.

The statistics, released by the Office for National Statistics, show that annual net migration in Britain rose to 330,000 in 2015 only 3,000 below its record ever amount.

The report says the UK’s role as the “jobs factory of Europe,” draws in long-term migrants, who want high wages and a variety of jobs they can undertake.

The rise provoked an immediate clash, with Boris Johnson, pro-Brexit campaigner, saying David Cameron’s EU renegotiation deal had “given away control of immigration and asylum forever”. He claimed: “If you vote in on June 23 [in the EU referendum], you are kissing goodbye permanently to control of immigration.”

Ukip’s Nigel Farage said the numbers showed that “mass immigration is still hopelessly out of control and set to get worse if we remain inside the EU, going on with disastrous open borders”.

But the immigration minister, James Brokenshire, fought back against the news, saying he accepted that net migration remained too high, but leaving the EU was “absolutely no panacea or silver bullet”.

The argument regarding migration is sometimes lead with peoples’ hearts rather than heads, it is claimed. Various academics have said that the impact of EU migration actually has a relatively small impact on the labour market, public finances or public services.

Madeleine Sumption, of Oxford University’s Migration Observatory in the Guardian, said: “Immigration affects the UK in many different ways and its impacts cannot be reduced to a single statistic. Overall, the evidence shows that the main economic impacts of EU migration – such as effects on the UK labour market, public finances or public services – are relatively small. But different groups of people will be affected in different ways and, of course, economics is not the only factor that voters care about.”

Chai Patel, of the Joint Council for the Welfare of Immigrants, said: “With only four weeks to go until the EU referendum, the toxic rhetoric surrounding migrants continues to rear its ugly head. Individual numbers, when taken in isolation, are poorly placed to show the positive impact that migration has had on the UK.

“Migrant workers play an essential role in improving the economic position of the UK and are vital for our health service, our construction industry, our service industry and the technology sector.”

With the EU referendum on a knife edge, figures like these will be used as a tool by the “Brexit” camp to try and persuade more people that migration to the UK would reduce if the UK left the EU, however, they have no proof that the situation could actually increase under this scenario.