“This will have a devastating impact on workers and their families,” GMB union national officer Ross Murdoch said. 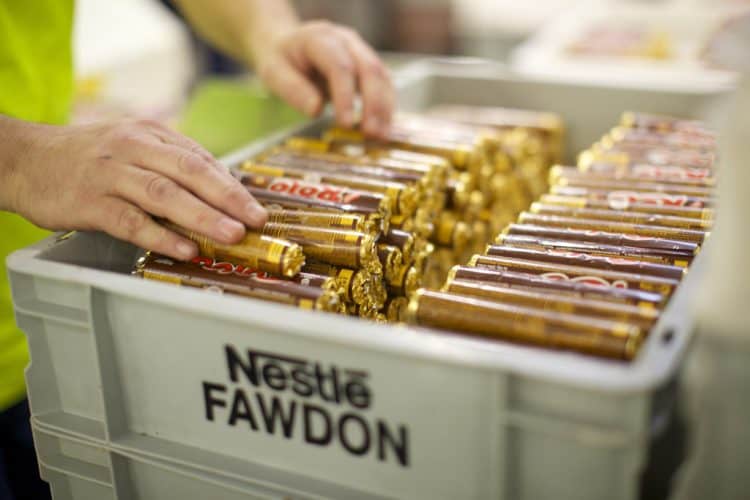 Hundreds of UK jobs will be lost as Nestlé prepares to move its sweets and chocolate factory away from Newcastle and to the EU, it has emerged.

It comes after the food giant announced its intentions last April.

Toffee Crisp bars will now be produced in Poland and Fruit Pastilles will be made in the Czech Republic, according to The Guardian.

The Fawdon plant was initially Rowntree’s factory, before the UK firm was acquired by the Swiss multinational.

‘Devastating impact on workers and their families’

The factory, which manufactured chocolate since 1958, will now close and cause 500 job losses.

“This will have a devastating impact on workers and their families,” GMB union national officer Ross Murdoch said.

He added: “Meanwhile, transporting finished products from sites in Europe back to the UK – where they are consumed – will result in significant additional road and sea miles, increasing pollution and environmental damage.”

Meanwhile, the BBC has reported that a Nestlé spokesperson argued the majority of the North East production will move to Halifax in West Yorkshire.

GMB and Unite are reportedly both speaking to their union members about what the next steps will be.

A Nestlé spokesperson said: “The consultation around the changes we proposed in April 2021 is still ongoing.

“We said from the outset that we wanted to provide adequate time and space for these discussions and it is only right that they are held directly with our employees and trade unions and not in public.

“It remains a priority to support our people and their families through this process and we thank everybody for their patience. We will provide an update once the consultation is complete.”

Food isn’t the only sector which was affected by Brexit.

In December last year, it emerged that EU financial companies seem uninterested in staying in the UK after Brexit.

Only half of European firms who had temporary licenses to operate in London had applied for full authorisation at the time.

EU firms were given the temporary licenses immediately after Brexit by the Financial Conduct Authority, to encourage them to continue their activity during final negotiations.

Although financial watchdog FCA contacted dozens of firms over the summer of 2021, applications did not increase according to City AM.