Daniel Ward, a father-of-two, admitted being a member of the proscribed group National Action, which was banned in December 2016 following the murder of Labour MP Jo Cox. 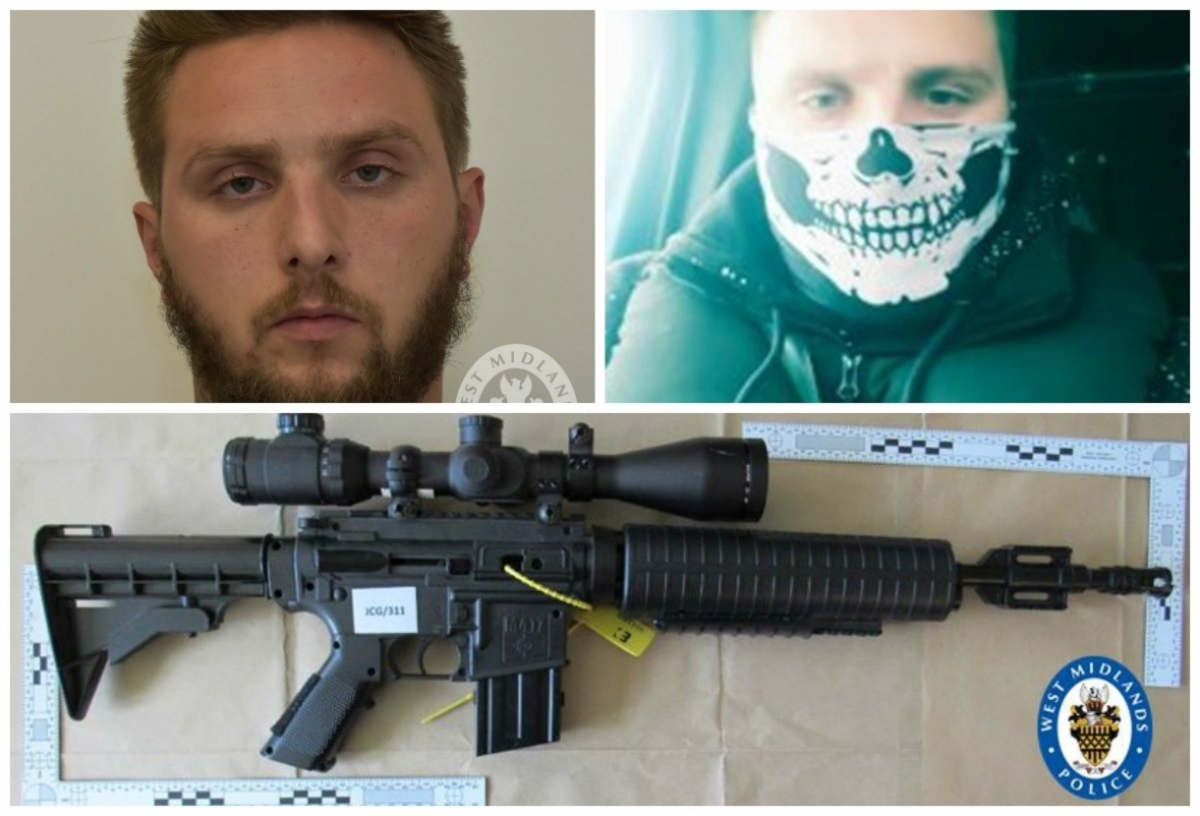 A self-confessed “fanatical” neo-Nazi who claimed Hitler “was right” about the Jews has been jailed for being a member of a banned far-right terrorist group.

Daniel Ward, a father-of-two, admitted being a member of the proscribed group National Action, which was banned in December 2016 following the murder of Labour MP Jo Cox.

He was jailed for three years at Birmingham Crown Court on Friday, after admitting membership at a previous hearing in January.

After seeking out the group online in October 2016, the 28-year-old emailed its recruiters, telling them: “I consider myself fanatical in my beliefs but I stand alone in my areas.

“It’s majority black and Muslim and Indian and the rest of the whites are addicts or drunks.

“As much as I’ve been told all my life Hitler was this and that – he was right.

“Jews and their puppets are the cause of all evil and unrest in the world.”

He told them: “All I have to offer is my thirst for gratuitous violence.”

Ward had been a one-time Army recruit but served for less than a month before being discharged at his own request in April 2007.

He applied to rejoin in 2013, but withdrew his application.

Prosecutors described him as having a “violent, racist mindset”, pointing to internet searches for ingredients to build explosives, and an obsession with the Nazis, including Hitler’s SS paramilitaries.

But just days after the Government banned the group, Ward decided to leave because he felt they were not active enough.

He told a fellow recruit they were “pissing in the wind” by “waiting for a war with the Jews which will never come in our lifetime”.

Signing off, he added: “It was great while it lasted but I need to fight – good luck buddy.”

However, Ward was not finished with National Action and rejoined in April 2017, calling for a focus on training in order to prepare for a “race war”.

He told other members their aim should be to “cause conflicts between different groups and cause society to collapse”.

At sentencing, Ward was also ordered to spend a further 10 years on licence, once released.

Why was the National Action group banned?

Announcing the ban, the then Home Secretary Amber Rudd described the group as a “racist, anti-Semitic and homophobic organisation”.

She explained: “As Home Secretary, I am clear that the safety and security of our families, communities and country comes first.

“So today I am taking action to proscribe the neo-Nazi group National Action.

“This will mean that being a member of, or inviting support for, this organisation will be a criminal offence.

“National Action is a racist, anti-Semitic and homophobic organisation which stirs up hatred, glorifies violence and promotes a vile ideology, and I will not stand for it.

“It has absolutely no place in a Britain that works for everyone.”

After the murder of Labour MP Jo Cox in June 2016, National Action endorsed her killing.

The group posted a message, which read: “Our thoughts go out to Thomas Mair #Britain-First #JoCoxMP’ and, ‘Don’t let this man’s sacrifice go in vain. #JoCox would have filled Yorkshire with more subhumans.”

The phrase “Death to traitors, freedom for Britain”, which was said by Mair in court, appears alongside the listing for National Action’s website on Google.