“I’m not racist, I just don’t like people who’s skin is darker than mine!" 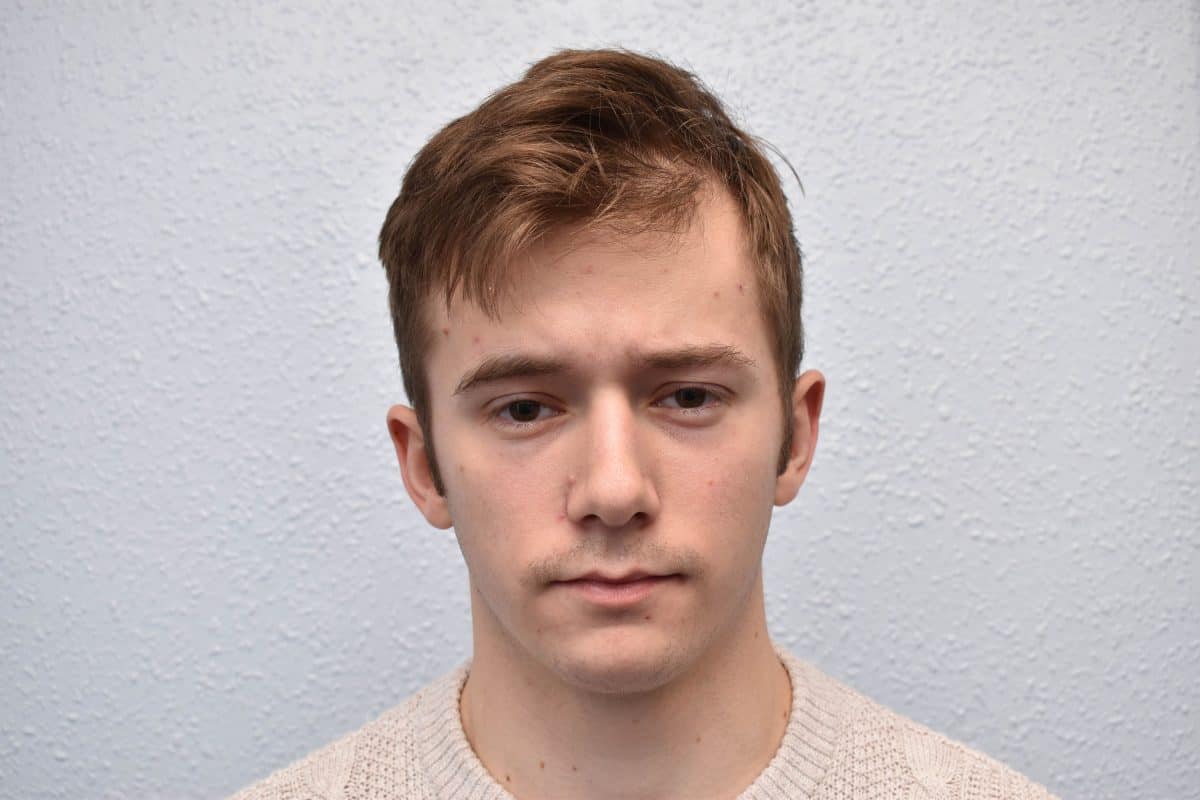 A rookie has become the first British police officer to be convicted of belonging to a neo-Nazi terrorist organisation.

He was also convicted of lying on his application and vetting forms to join the Metropolitan Police and having terror documents detailing knife combat and making explosive devices.

A jury had deliberated for more than 32 hours to find Hannam guilty on Thursday.

Judge Anthony Leonard QC lifted a ban on reporting the case after Hannam admitted possessing an indecent image of a child, which was to have been the subject of a separate trial.

Hannam, who gave away no reaction in the dock, was granted bail ahead of his sentencing on April 23 but warned by the judge that he faced jail.

Hannam had been working as a probationary officer for the Metropolitan Police for nearly two years before he was found on a leaked database of users of extreme right-wing forum Iron March.

He had signed up to the forum when he joined the London branch of neo-Nazi group NA in March 2016.

The officer, who has autism, said he was “desperate to impress” an older NA organiser who gave him free stickers and badges.

Hannam’s association with NA ended before he began working for the Met and counter-terrorism officers acted “swiftly” once he had been identified as a suspect.

Commander Richard Smith, head of the Met’s counter-terrorism command, said it was a “unique” case.

He said: “Ben Hannam obviously lied on his application form to join the Met.

“He would never have been able to join had we known then of his interest in the extreme right wing and his previous membership of National Action.

“Once we identified his involvement with that organisation we took immediate steps to arrest him and put him before the court.”

He stressed there was no evidence Hannam abused his position “to further his extremist views”.

The ideology of NA was described in court as based on “Aryan purity” and hatred of non-white groups, particularly Jews.

Members venerated Adolf Hitler as a “divine figure” and celebrated violence, including war and genocide, the court heard.

In his first post on Iron March, Hannam wrote that he was “completely swayed” by NA.

He went on to try to recruit a new member via Iron March saying it is “always good for more people to join, means we can arrange more stuff which is just more fun for everybody!”

He told him that most NA guys agreed the “Hitler was right” slogan was “a bit too edgy” but added: “Then again it is pretty funny and we all know our stance on the big man.”

At the NA national conference in Liverpool in April 2016, Hannam posed in an official photograph on Crosby Beach.

On December 16 2016, NA was proscribed after it glorified the murder of MP Jo Cox.

However, Hannam continued to meet high-profile people linked to the group in early 2017.

In January 2017, he travelled to Swindon pubs where he met NA co-founder Alex Davies and others.

In April 2017, he took part in outdoor boxing in woodland which was filmed on Mr Davies’ camera.

On July 2, he spray painted the symbol for an NA alias – NS131 – in a storm drain on the outskirts of Swindon, which was filmed for a promotional video.

In the film, Hannam is heard to say: “Do you mind if I throw my hood up, thanks. My hair, my hair identifies me.”

Days later, on July 19, Hannam applied to join Scotland Yard, fraudulently denying he had ever been a member of the British National Party “or similar organisation”.

When officers searched his bedroom last year, they found neo-Nazi posters, notes detailing his membership of NA, as well as NA badges and business cards.

As early as May 2014, Hannam had expressed intolerant views, writing: “I’m not racist, I just don’t like people who’s skin is darker than mine! (sic)”

He had stored on a USB stick two documents said to be useful to a terrorist.

In his defence, Hannam denied he had ever been a member of NA before or after it was banned.

He told jurors he had been attracted to fascism aged 16 because of its bold artwork and contacted NA after seeing propaganda online.

Hannam told jurors: “I was under the impression this was some kind of youth network.

“I have never been stickering with NA nor have I done banner drops. I stuck to social activities.

“Most of the time was going to the pub and going for walks. Other times camping or going boxing.”

He denied reading all of Breivik’s manifesto, saying he found it “boring”.

Hannam, of Edmonton, north London, is currently suspended from duty.

Checks found “nothing of concern” in his work at the Met and no complaints from colleagues or members of the public about his behaviour.

Before his arrest, Hannam had an “unremarkable career”, apart from receiving a final warning for gross misconduct in 2018 for using his brother’s Oyster card.

Before his trial, Hannam had requested an indication from Judge Anthony Leonard QC of the likely sentence if he pleaded guilty.

The judge declined to give a formal indication, but said conviction would lead to a jail sentence.

Some of Hannam’s former associates have been convicted over their activities.

In 2019, Oskar Dunn-Koczorowski, then  18, from west London, was given an 18-month detention and training order for encouraging an attack on Prince Harry, calling him a “race traitor”.

The same year, Elliott Richards-Good,  20, of Cheltenham, Gloucestershire,  was convicted of stirring up racial hatred and sentenced to 16 months in a young offender institution.

London branch organiser Mark Jones, 25, Sowerby Bridge, near Halifax in West Yorkshire, was convicted of belonging to NA and jailed for five-and-a-half years in 2020.

Related: ‘Once you start covering it up, it is giving the green light to racists’ – Doreen Lawrence slams report