More than 70 MPs have signed a cross-party pledge opposing the use of Covid status certification. 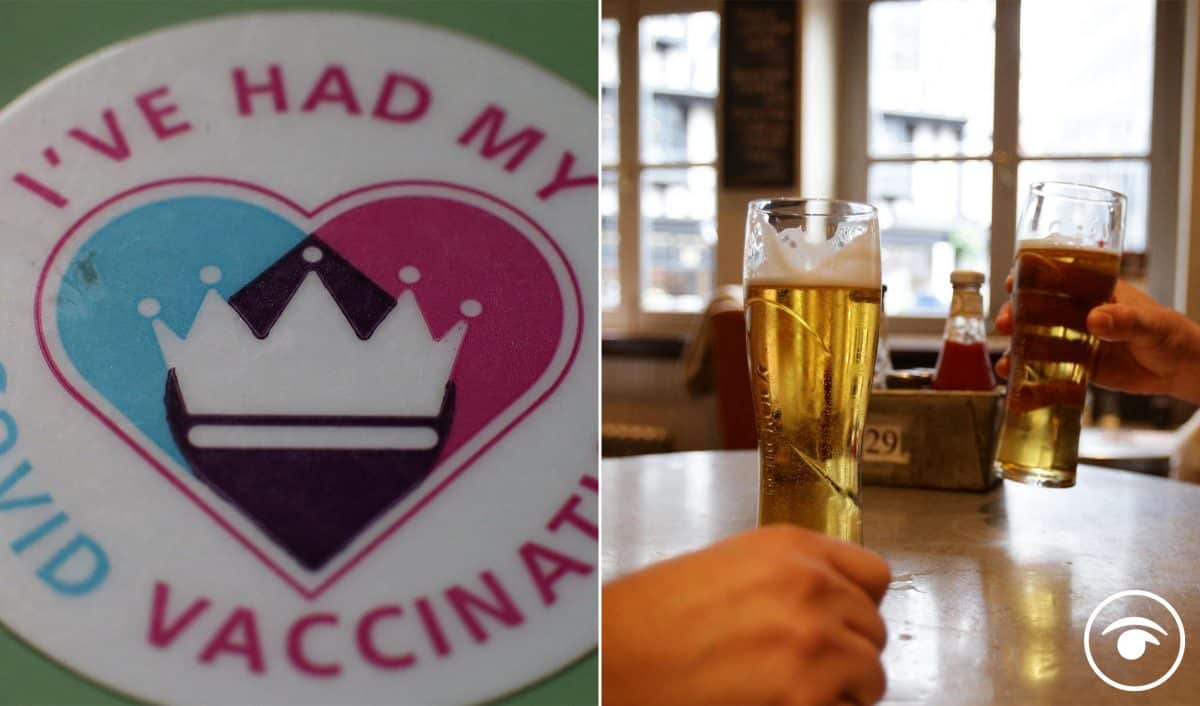 Introducing coronavirus vaccine passports for everyday life in England would be “dangerous, discriminatory and counter-productive”, a Labour peer has said.

Former shadow attorney general Baroness Shami Chakrabarti is among a cross-party group of politicians warning ministers against the move amid a review of the issues around Covid-status certification.

More than 70 MPs, including senior Conservatives and former Labour leader Jeremy Corbyn, as well as peers from the House of Lords, have launched a campaign claiming the scheme would be “divisive and discriminatory”.

Any scheme is likely to go beyond just showing whether someone has had a vaccine – as jabs are not mandatory – covering whether they have had Covid-19, and so are likely to have antibodies, or if they have a negative recent test.

The former director of human rights organisation Liberty warned that using coronavirus certificates could create a “checkpoint Britain” as she urged for the country to “open up together” as restrictions ease.

“It’s one thing to have a passport to travel internationally, that is a privilege, even a luxury, but participating in local community life is a fundamental right,” she added.

We all want to get out of the pandemic as quickly as possible, but we can't enter a ‘new normal’ which diminishes the rights and liberties we took for granted before COVID.

We need to #ProtectEveryone, but passport systems entrench inequality. https://t.co/o02HrbSl4p

The group’s pledge has been backed by Big Brother Watch, Liberty, the Joint Council for the Welfare of Immigrants (JCWI) and Privacy International.

Earlier this week, Labour leader Sir Keir Starmer indicated there could be opposition to the move among the public if death rates are near zero and hospital admissions are very low.

Prime Minister Boris Johnson defended the idea and suggested a certificate could give “maximum confidence” to businesses and customers as society reopens.

During a visit to Middlesbrough on Thursday, he said there were “three things” – if someone has immunity, if they have been vaccinated or if they have had a recent test.

“Those three things working together will be useful for us as we go forward,” the Prime Minister said, adding there will “definitely” be a role for vaccine passports for international travel.

It comes as a report in The Daily Telegraph suggested a series of pilot tests for certificates were being planned, which could include the FA Cup final and other sporting events in May.

The Government has insisted no final decisions have been taken on whether Covid-status certification could play a role in reopening the economy.

A spokeswoman said: “The review is considering a range of issues, including the ethical, equalities, privacy, legal and operational aspects, and what limits, if any, should be placed on organisations using certification.”

Emma McClarkin, chief executive of the British Beer and Pub Association, said that introducing vaccine passports could potentially “scupper things” for hospitality venues which are trying to reopen.

“We will play our part in test and trace but the additional burden of the vaccine passport could really, really scupper things.

“It is a difficult process for us to implement in venues and yet today we have not had a consultation with the Government about how we would do this in pubs.”

Elsewhere, the Medicines and Healthcare Regulatory Agency (MHRA) said it had identified 30 cases of rare blood clot events associated with the AstraZeneca vaccine.

This is out of 18.1 million doses administered up to and including March 24, the agency said.

It said there were no reports for the Pfizer/BioNTech vaccine but stressed the risk associated with this type of blood clot is “very small” and the benefits of the vaccines against Covid-19 “continue to outweigh any risks”.