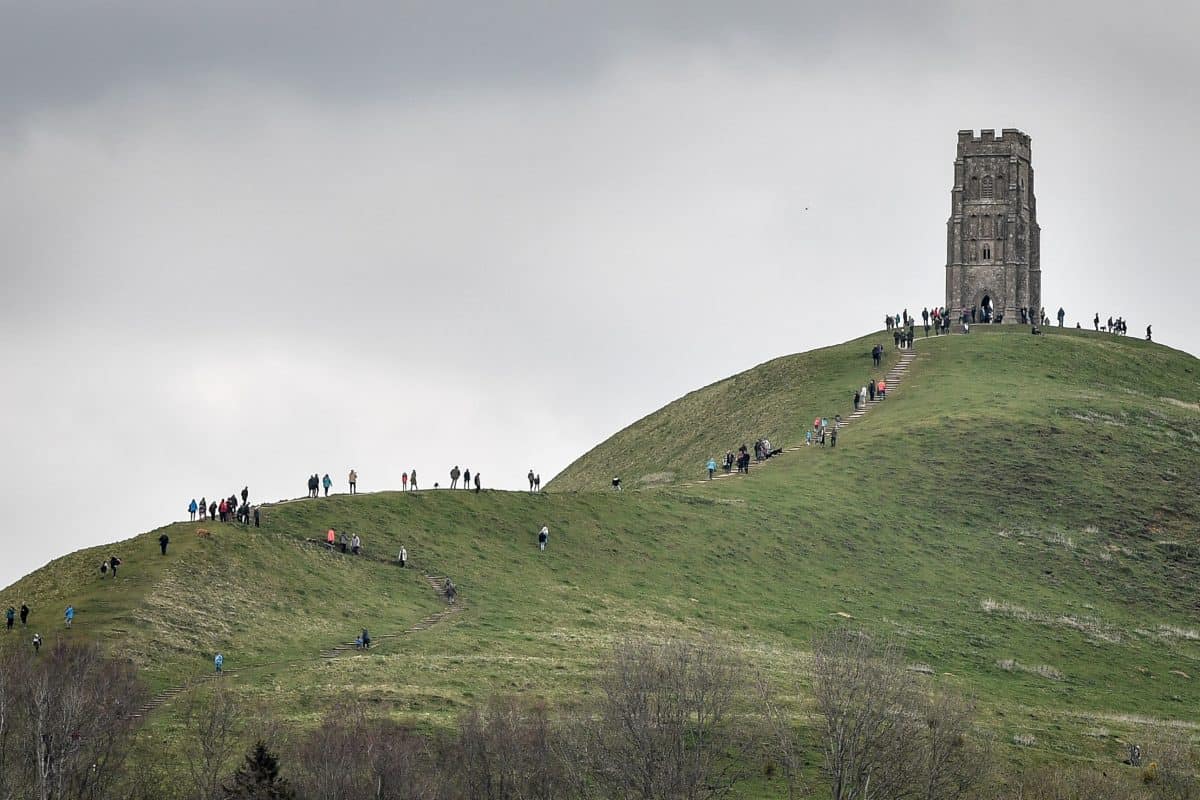 People walk up to St Michael's Tower on the top of Glastonbury Tor, Somerset, as forecasters have warned of treacherous driving conditions for Easter holidaymakers with snow and torrential rain on the way.

The chairman of the National Trust has resigned after a rebellious group of members launched a putsch to remove him in protest of his “woke” policies.

Tim Parker announced his departure on Tuesday, after a motion at the charity’s annual meeting claimed the organisation’s membership had “no confidence in Tim Parker as chairman of the National Trust and asks that he offers his resignation”.

The motion, which hasn’t been submitted yet, has reportedly been backed by more than 50 members – a tiny fraction of the 5.6 million people who form the National Trust’s membership.

On its website, the National Trust said on its website that Parker “informed trustees of his decision the day after the trust’s houses reopened to the public on May 17 and will step down in October”.

Last year, the National Trust revealed how 93 of the properties it looks after have links to historic slavery and colonialism.

In a landmark report, part of efforts tell the history of colonialism and slavery at historic places, the heritage charity detailed links to plantation owners and those who were paid compensation for enslaved people freed through abolition, as well as those who gained their wealth through the slave trade.

Properties with connections to people involved in colonial expansion, including leading figures in the East India Company, or senior figures in administering colonies, including Winston Churchill’s home Chartwell, were included in the survey.

And those with important cultural links to Britain’s colonial history, such as writer Rudyard Kipling’s home in Sussex or the home of historian Thomas Carlyle in London were also highlighted.

The report drew stinging criticism from a host of Conservative MPs and ministers. Days after the report was published, Jacob Rees-Mogg blasted the National Trust for not realising “how wonderful” Winston Churchill was.

Rees-Mogg described the conservation charity as a “once great organisation” and claimed many of its members are “resigning in protest”.

According to The Daily Telegraph, the rebel motion said: “It is the task of a chairman to see an organisation through a crisis. The pandemic has presented the National Trust with severe challenges, and meeting these while securing the future wellbeing of the charity should have been the absolute priority.

“Instead, the National Trust has been the subject of debates in parliament and an investigation by the Charity Commission, which found that the charity published a report which generated strongly held and divided views without fully managing the risks to the reputation of the charity.”

It accused Parker of being “frequently out of step with its members and supporters over recent years”, criticised “unnecessary controversies” and claimed “morale among volunteers and members is at an all-time low”.

The group representing the members who called for his resignation – Restore Trust – claimed to be “pleased” by his decision to resign. “His position was clearly untenable. What the National Trust needs now is a chair with a deep understanding and appreciation of our nation’s heritage,” a spokesperson said.

Parker, 65, said: “It has been an immense privilege to serve the trust for seven years as chairman and, as we emerge from the pandemic, the time is now right for the search to begin for my successor.”

Related: Cummings says claim there was a ‘protective shield’ around care homes is ‘complete nonsense’