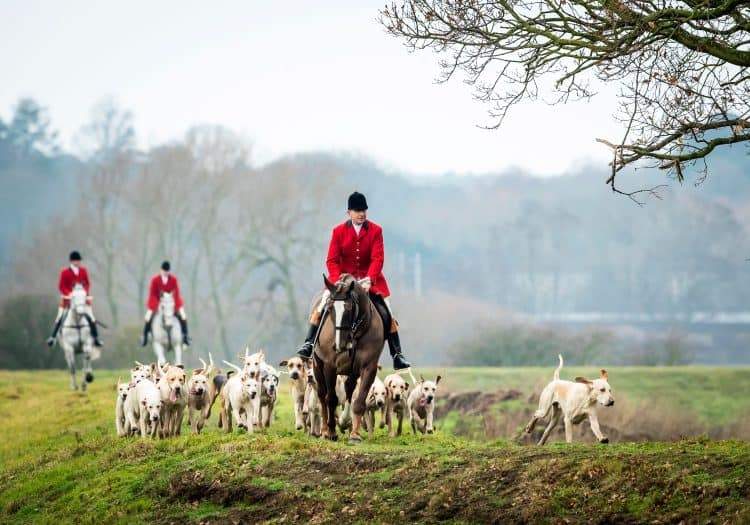 The National Trust could ban “trail-hunting” on its land as soon as next month, with members set to have their say on the hugely divisive issue.

The charity, one of the UK’s largest landholders, has granted license for the practice – in which hounds and riders follow a scent path – since fox hunting was banned in 2005.

However critics often accuse it of being used as a cover for illegal hunts – and now the Trust’s 5.6 million members will have their first chance to vote on it since 2017.

The new motion asks for a permanent ban on trail-hunting to prevent “potential illegal activity”.

In a supporting statement, it says: “Supporters of this resolution believe evidence comprehensively shows that illegal hunting continues to take place under the guise of ‘trail hunting’ by hunts who also carry out activities on National Trust land.

“In addition, a number of hunts have had their licences suspended or revoked following complaints to the National Trust about their activities. This includes allegations of foxes being hunted or chased by hounds, foxes being killed by hounds and antisocial behaviour.”

Supporters of a ban point to a number of hunts – including in the south-east of England and north Midlands – which have breached their National Trust trail-hunting licenses.

But hunters say the practice is completely legal, with no harm caused to animals. The Trust’s board of trustees said: “We do not allow illegal activity on our land and we respond to any reports of such activity.

“However, trail hunting, using an artificial scent rather than hunting a live animal, is legal and one of many activities that are sometimes licensed on National Trust land.”

They added that they “note the resolution and are keen to hear the views of the membership” regardless.

The National Trust paused trail-hunting on their land last year, as police investigated claims that hunt organisers were planning to kill foxes.

“We’ve been listening carefully to both sides of a highly polarised and passionate debate around trail hunting and will be considering a number of issues before reviewing our position on trail hunting later this year. This means we will not be operating the usual licence application process during this period.”

Campaign group Keep The Ban are urging members to vote in favour of ending trail-hunting here.