“These type of comments, racist comments, only make it more problematic for those from our community who feel less empowered to get outside." 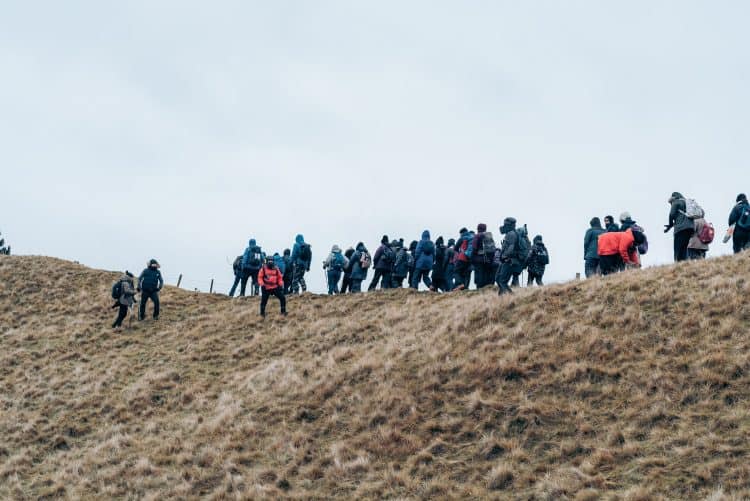 The founder of a Muslim hiking group has said they have received an “overwhelming response in terms of solidarity from the wider community” after racist comments were made on Facebook.

One hiker, who shared photos of the group on a Christmas Day walk, said that they had seen a comment “comparing the walkers to the Serengeti wildebeest migration”.

Muslim Hikers, founded by Haroon Mota, led a group of more than 100 people on the Christmas Day hike in the Peak District in Derbyshire.

Mr Mota, 36, from Coventry, said his group had chosen 25 December as the area would be quieter than usual.

However, after hikers shared photos of the trip on Facebook, they were accused of damaging the area and not being “proper walkers”, while Mr Mota said they were met with racist replies also.

“There were some very racist comments being made,” he told the PA news agency.

“These type of comments, racist comments, only make it more problematic for those from our community who feel less empowered to get outside.

“For people who might be joining for the first time, they might think ‘oh wow, is this what people actually think?’

“One of the reasons why we set up Muslim Hikers was so that we could stand together and for greater diversity and inclusion.

“We’ve been working extremely hard to create a culture of confidence in the outdoors.”

Salma Mehboob, 43, from Manchester, went on the hike – afterwards she shared her photos of the event to the Facebook group Derbyshire and Peak District Walks, a public group which has more than 90,000 members.

Ms Mehboob, a psychology tutor at Manchester Metropolitan University, said “the sense of entitlement” from some commenters was “absurd”.

She told PA: “I have never seen comments made like this about any other groups of people walking in this Facebook group, so why was it picked up when I posted our trek?

“Someone made a comment that it’s not racism, just that some people enjoy hating on others.

“Whilst I appreciate there is truth in that, unfortunately there were some racist comments such as comparing the walkers to the Serengeti wildebeest migration.

“The majority of comments had been wonderfully supportive and I need to stress how heart warming and reassuring the support has been for the trek, but I noticed early on that there were some quite disparaging and mocking comments.”

Ms Mehboob said that she has reported comments to the group’s admin, and they had since been removed, while Mr Mota said the group’s admin had been in touch to confirm they were blocking and removing comments.

He added that thousands more have followed Muslim Hikers on social media since Christmas Day, while they have received offers of financial support too.

“The majority of people will just find extra motivation and think ‘actually, do you know what? Stuff them’,” Mr Mota said.

“In a positive way it has given us an opportunity to really call that type of behaviour out.”