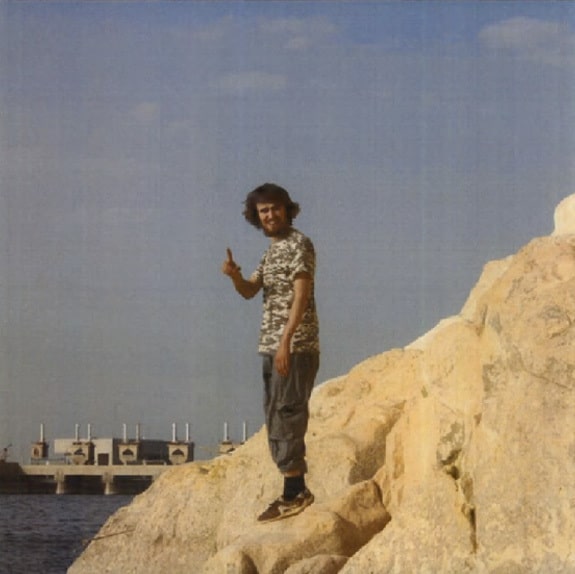 Undated handout image issued by Counter Terrorism Policing South East of Muslim convert Jack Letts, also known as Jihadi Jack, in Raqqa, as a court has heard he was a "personable" young man who used to sleep next to his football before he switched his obsession to religion.

The Muslim convert dubbed Jihadi Jack who travelled to Syria to join the Islamic State terror group has been stripped of his British citizenship, it has been reported.

Jack Letts was 18 when he left his Oxfordshire home and joined the terrorists in 2014 – marrying in Iraq and moving to Raqqa in Syria.

Captured by the Kurdish YPG forces as he attempted to flee to Turkey in May 2017, the 24-year-old has since been held in jail in northern Syria.

According to the Mail on Sunday, Jack – who is a dual UK-Canadian national – has had his British citizenship revoked, a move which was one of the last actions of Theresa May’s government.

A Home Office spokesman said: “Decisions on depriving a dual national of citizenship are based on substantial advice from officials, lawyers and the intelligence agencies and all available information.

“This power is one way we can counter the terrorist threat posed by some of the most dangerous individuals and keep our country safe.”

In an interview with ITV earlier this year, Letts said he felt British and that he wanted to return to the UK, but admitted he did not think that would be likely.

“I’m not going to say I’m innocent. I’m not innocent. I deserve what comes to me. But I just want it to be… appropriate… not just haphazard, freestyle punishment in Syria,” he told the broadcaster.

Struggling with obsessive compulsive disorder and Tourette’s when he was at school, Jack converted to Islam at the age of 16.

He used to attend the Bengali mosque in Cowley Road, Oxford, before he came into contact with men with a more radical ideology.

His parents, John Letts, 58, who also has dual British and Canadian citizenship, and his mother, Sally Lane, 57, were convicted at the Old Bailey in June of one charge of funding terrorism in September 2015.

The pair, who sent Jack £223, avoided jail after being sentenced to 15 months’ imprisonment, suspended for 12 months.

Speaking afterwards they highlighted their commitment to help their son return home and stressed that he “is still a British citizen”.

Jack has previously admitted he was at one time prepared to carry out a suicide attack, telling the BBC: “I used to want to at one point, believe it or not. Not a vest. I wanted to do it in a car. I said if there’s a chance, I will do it.”

He also said in the interview, which took place in October last year but was not broadcast until after his parents’ trial had ended, that he realised he had been “an enemy of Britain” but added that he had made “a big mistake”.

The latest decision follows a move by the then Home Secretary Sajid Javid to strip Islamic State bride Shamima Begum of her British citizenship in February, after the 19-year-old turned up in a refugee camp in Syria ahead of the fall of the group’s self-proclaimed territorial caliphate.

Ms Begum was one of three girls from Bethnal Green, east London, who left the UK aged just 15 in February 2015 and travelled to Syria to join Islamic State.

Under international law, a person can only be stripped of their citizenship by a government as long as it does not leave the individual stateless.

It was thought Ms Begum may have a claim in Bangladesh because of her family background, something Bangladeshi officials denied.