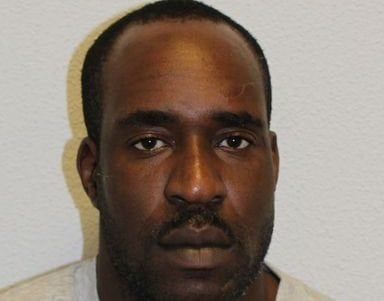 Probation officers may have been able to prevent the murder of a five-year-old boy, a court heard.

Alex Malcolm was brutally battered to death by his mum’s boyfriend because he lost his shoe in a park.

A pre-inquest hearing was told Iheanacho was out on licence at the time after being jailed for beating up his ex-partner, dropping an eight-month-old baby on the floor and striking a 13-year-old boy in the face.

He had a duty to tell the National Probation Service (NPS) if he was in a new relationship and was not legally allowed to be around children unsupervised.

Alex’s mother Liliya Breha said she was unaware of his sordid past, and the hearing was told the NPS failed to tell her when she rang them and made them aware of the situation.

Representing the NPS, Russell Fortt argued that although Iheanacho posed a “risk to harm” there was “no evidence he posed a risk to life”.

He compared the risk posed to five-year-old Alex with the case of a 13-year-old with drug problems that had tried to commit suicide.

Mr Fortt said: “If he posed any risk to a child it was a risk to harm, not a risk to life.”

He said there is a “very high threshold” when it comes to posing a threat to life.

He said: “Iheanacho had never engaged in serious combat or violence toward children.

“He has dropped a child and bruised a 13-year-old’s lip.

“At the time he was not in a category of people who could be viewed as posing a risk of life to children.”

He also said Ms Breha knew about her ex’s violent past.

Representing Ms Breha, Kirsten Heaven, said: “She categorically denies knowing that there had been a condition placed on him in relation to not having unsupervised contact with children.”

She said it was “shocking” the family had not been told about Iheanachowas’ history.

Ms Heaven said: “It’s shocking to the family that if the NPS had details of someone’s previous criminal activity they wouldn’t tell us, why wouldn’t they tell us?”

She described the assault for which he was jailed: “He was wielding a kitchen knife at his ex-partner, before dropping a baby on the floor, during which a 13-year-old boy tried to intervene and he struck him in the face.”

Senior Coroner Dr Andrew Harris disagreed with Mr Fortt, saying: “There’s a case of a baby being dropped which could well have resulted in a life being lost.”

Mr Fortt said: “it’s a matter of degree, there’s nothing in his past that suggests that he has tried to kill a child.”

Dr Harris said: “Why are you putting an emphasis on the intent to commit harm?

“This man dropped a baby, on any account the previous dropping of a baby is likely to lead to a risk of life.”

Provisionally deciding to resume the Inquest into Alex’s death today, Dr Harris said: “The assailant was released on licence with requirements to tell the NPS where he was residing and with who and to have no contact with children.

“I understand that he’s evasive and manipulative and wouldn’t have been an easy charge.

“But I accept that the NPS knew he posed a threat to children.

“The NPS were aware of this new relationship with Alex’s mother Liliya Breha because of a conversation over the phone with the probation officer and that she told him a child was involved.

“There’s a lack of clarity of how much Iheanacho had unrestricted access to the child but this was an issue that needed to be established by the NPS.

“It’s clear that he is violent through a number of incidents, in particular we heard this morning about in which he dropped an eight-month old baby while he held a knife to his mother’s neck and then struck his 13-year-old step son in the face.

“That particular incident seems to be of some seriousness and raises the risk for these reasons.

“There was a man who the NPS knew was likely to be violent, with a history of domestic violence, in particular given the incidents involving two children and given the fact that he was prepared to hold a baby while threatening assault on his mother.

“It would seem to me that this is evidence of a risk to the lives of children.

“It’s clear that there were requirements to inform Miss Breha of the risks.

“With regard to the proposal that this was a risk to harm and not a risk to life, I don’t accept having intent would create higher risk to life.

“I don’t consider that the NPS could reasonably conclude that there was not a risk to life.”

Leroy Malcolm, Alex’s father, entered the court late and said he wished to make a statement.

When asked why by the Coroner, he said: “There’s more to it than what you think.”

Dr Harris wishes to see the statement before proceedings begin.

The full inquest is due to take place at Southwark Coroner’s Court later this year.