Two mums who exposed a cover up of a drug associated with baby defects for 40% of mums-to-be prescribed it finally had their day in Parliament. A late Thursday night House of Commons debate heard the horrendous story of how the dangers of epilepsy drug valproate to pregnant women had been covered up for 40 […] 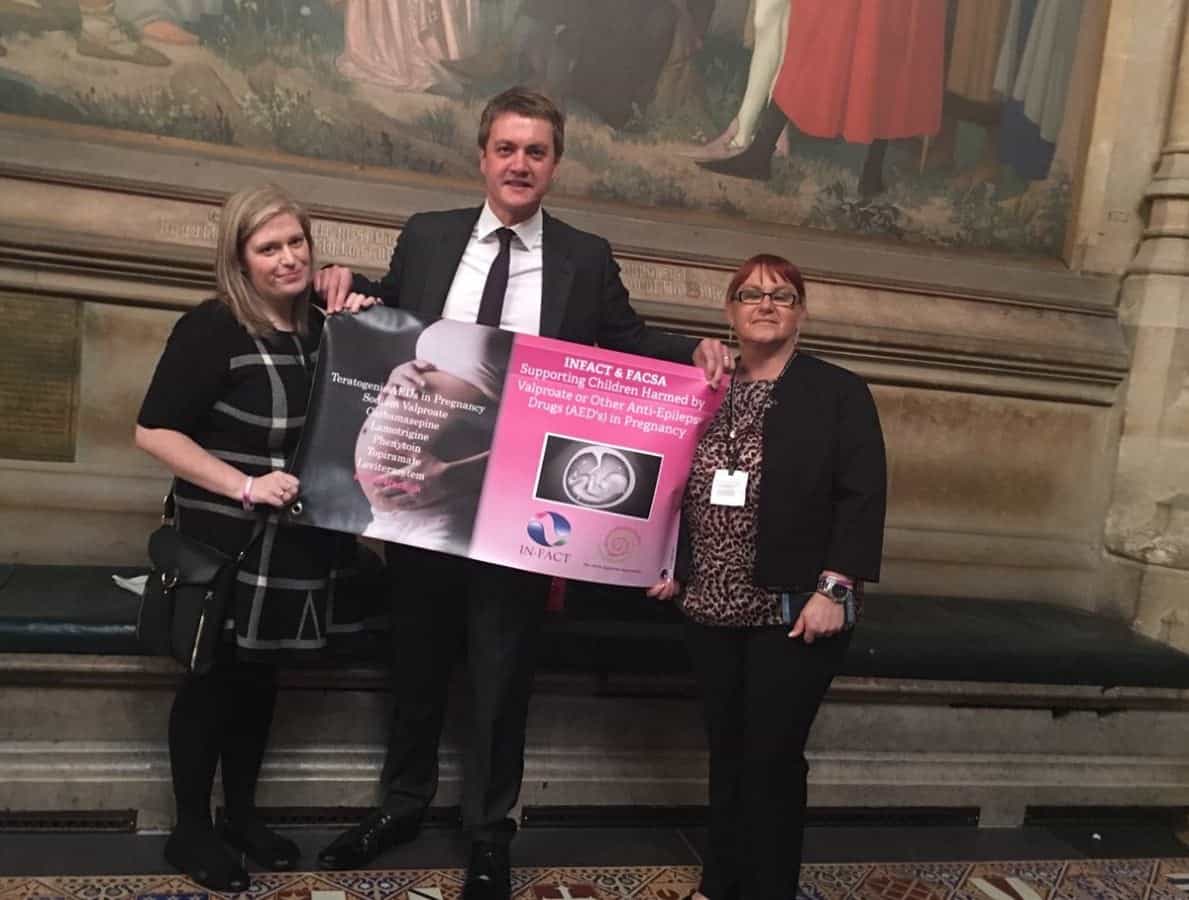 Two mums who exposed a cover up of a drug associated with baby defects for 40% of mums-to-be prescribed it finally had their day in Parliament.

A late Thursday night House of Commons debate heard the horrendous story of how the dangers of epilepsy drug valproate to pregnant women had been covered up for 40 years.

And how decades on it is still being prescribed to pregnant women without adequate warnings.

Labour MP Cat Smith called it a “national scandal” and demanded Health Secretary Jeremy Hunt reveal where it is still being overprescribed and hold a national inquiry.

She praised her constituent Janet Williams as well as Emma Murphy who had fought ceaselessly to expose the scandal.

They unearthed documents in the National Archive that revealed that the national drugs regulator knew the dangers of sodium valproate, licensed under the name Epilim. – Yet in 1973 they decided to cover it up as it “could give rise to fruitless anxiety”.

The following year Epilim was given a license for use with extreme epilepsy, if no other medicine would do.

They discovered that the authorities were aware that the drug could harm unborn babies, yet the Committee on Safety of Medicines, decided a warning should go to health professionals but “not on the package inserts, so that there would be no danger of patients themselves seeing it”.

In the following decades, British mums on the drug gave birth to up to 20,000 babies with defects.

In 2015 a warning went across Europe that 40% of babies born to mothers using the medicine were being born disabled.

Tonight campaigners finally had a debate in the House of Commons and Cat Smith MP for Lancaster and Fleetwood gave a moving speech about her constituent Janet Williams who she met when first elected in 2015: “When I was first elected, I imagined that I would meet most of my constituents back up in Lancashire, but Janet was keen to get a meeting in quickly and she chased me down to Westminster. I met her in Portcullis House, along with Emma Murphy.

“Both of them have been mentioned a lot in this debate, and I pay tribute to the work they do on this important issue.

“When I met Janet, to be honest my jaw hit the floor. I could not believe that in this day and age we were still  in a situation whereby women were still being prescribed drugs that were harming their unborn babies and they were not being told about it.

“But it was not just that they were not being told about it; but frankly it was a cover-up.

“I find this to be a national scandal, and I do not use those words lightly.”

The Labour MP told how she met Janet’s sons in their twenties now, for whom the efffects of the drug their mother took as she was pregnant with them were a “life sentence.”

“Janet should not feel guilty for taking the drugs that her doctors told her to take during her pregnancies. But her sons will continue to need care throughout their entire lives; they are two young men in their twenties and that is certainly a huge social care need,” insisted Cat Smith, adding:

“This scandal started in the 1970s but, as I have said, it continues today. Today there are women in this country still being prescribed this drug.

“It is a great drug—it is a very effective anti-epileptic-fit drug and it is good at treating bipolar conditions and migraines—but we need women to have knowledge about it. We need to share knowledge with women so that they can make decisions about their own bodies and own health in pregnancy.

“I urge the Minister to respond to the call to publish prescribing data so that we know whether certain areas of the country are overprescribing this drug to women of childbearing age.

Thousands of women across the UK are still prescribed valproate,and 450 children a year are born to mums taking the drug.