“With the proposed real-terms pay cut currently on offer, the prospect of nursing staff getting on the property ladder is now almost inconceivable." 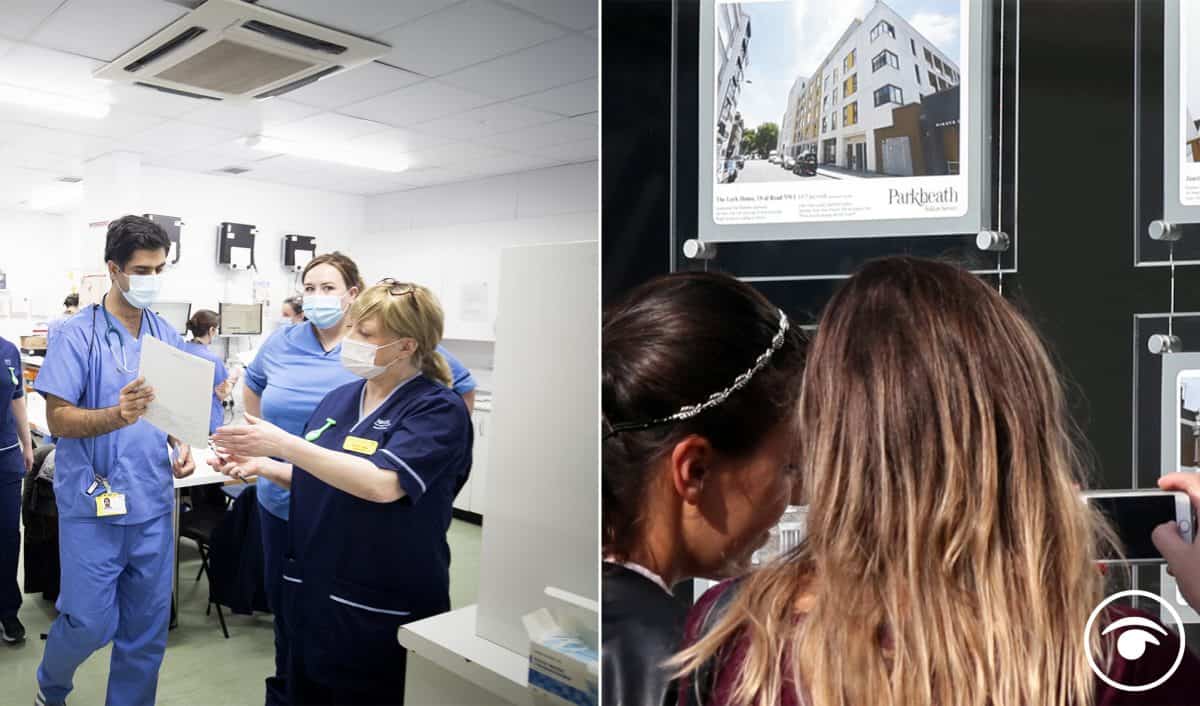 Nurses are leaving the profession because they cannot afford to buy a house as their pay has been left behind “spiralling” living costs, according to a new report.

It comes as a leading union is pressing for thousands of health workers employed by private companies, including porters and cleaners, to receive the same pay rise as other NHS staff.

The Royal College of Nursing (RCN) stepped up calls for the Government to award nurses a decent wage increase rather than the 1% it has recommended.

The average cost of a house is now worth more than seven years of a nurse’s total average pay, it was suggested.

Laughed in her face

One nurse in Kent told the RCN she had left her NHS job because she would not be able to save enough for a deposit on a house.

Another nurse based in Liverpool said a mortgage broker “laughed in her face” when she said she wanted to buy a house.

Graham Revie, who chairs the RCN trade union committee, said: “The Government needs to tip the scales in nursing’s favour to stop this injustice.

“This research shows nursing wages are left in the wake of spiralling living costs like house prices. The proposed 1% pay rise won’t come close to remedying the suppression of nursing salaries over the past 10 years.

“It is officially a pay cut now that inflation has risen above 1% as expected.”

RCN acting general secretary Pat Cullen said: “The impact of nursing staff being priced out of the neighbourhoods where they work is devastating not just for them but their patients and patients’ families.

“Communities in which nursing staff can’t afford to live are communities at risk of poor health and patient care.”

Dr Gavan Conlon, one of the authors of the report, said: “It is hard to imagine a profession that contributes so much to the health and wellbeing of the nation being valued so poorly.

“With the proposed real-terms pay cut currently on offer, the prospect of nursing staff getting on the property ladder is now almost inconceivable.

“After the decade of being severely underpaid, the best way to start levelling up the economy after the pandemic is to start rewarding nursing staff properly.”

The NHS Pay Review Body is due to make a recommendation on pay soon. The RCN is calling for an immediate 12.5% pay rise for all UK nursing staff.

A leading union is pressing for thousands of health workers employed by private companies, including porters and cleaners, to receive the same pay rise as other NHS staff.

Unison said a wage rise due to be announced soon for the NHS should also be given to workers employed by private contractors, who have performed “tirelessly” throughout the pandemic.

The Government has recommended a 1% pay rise for NHS staff, and the sector’s Pay Review Body is expected to make an announcement within weeks.

The union called on private companies running health service contracts to pledge at least to match any Government pay rise for workers directly employed by the NHS.

The call followed a Unison survey showing that privately employed cleaners, receptionists, porters, security guards and catering staff are missing out on higher wages, and annual leave because they are not directly employed by the NHS.

Only one in seven of 1,650 people working in the NHS in England, Wales and Scotland but employed by private contractors, who were surveyed, said they receive the same pay and benefits as their NHS colleagues.

Half of respondents said they had worked on Covid wards, and a quarter caught the virus and had to take sick leave.

Unison general secretary, Christina McAnea, said: “Dividing the NHS workforce in this way is not good for patient care or staff morale. Everyone in the NHS is part of one big team, and they all deserve a proper pay rise, especially after the past year.

“The Prime Minister must abandon any thought of 1% when he finally makes his long overdue announcement on NHS pay. He should ensure staff get a decent rise, with funding extended to cover all health workers. No-one should be left behind.

“People working on the same wards, doing the same jobs as their colleagues shouldn’t be paid substantially less. That’s not just morally wrong, it’s unfair too.”