“As the high pricing extends, more members are likely to be forced to stop production due to uneconomically higher energy costs," said the British Ceramic Confederation. 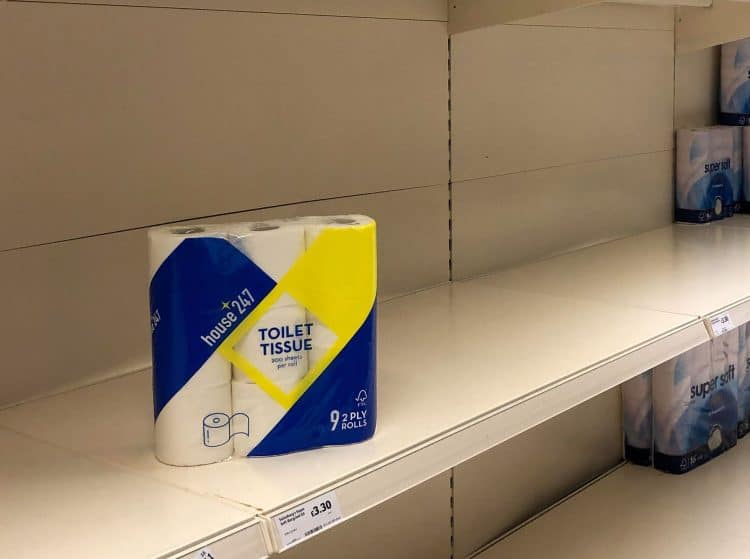 Toilet paper and food packaging could be hit by soaring energy costs as firms restrict production to protect their finances, industry bosses have warned.

The chief of the Confederation of Paper Industries called for a “temporary winter cost containment measure” to help companies in the sector with costs going “through the roof”.

And the UK’s ceramics sector said some businesses could be forced to shut down production due to high energy costs.

The warnings came after wholesale gas prices surged to a record high on Wednesday, although they dropped back after Russian President Vladimir Putin said the country would stabilise the market.

Andrew Large, director-general at the Confederation of Paper Industries, said its members are being “affected very, very severely” by the cost increases.

He told BBC Radio 4’s Today programme: “They’re seeing their costs go up through the roof.

“It’s damaging their profitability and in some cases it’s causing them to manage their production rates so as not to expose themselves to the very, very highest costs.”

He said there is no cap on business energy costs and urged a “temporary winter cost containment measure to try and put a lid on those costs so that these very, very important industries for British society are going to be able to continue to operate”.

Mr Large said the cost rises were impacting a variety of important sectors, including food packaging, toilet tissue and the production of sterile medical packaging.

Laura Cohen, chief executive of the British Ceramic Confederation, told the BBC that energy prices are affecting the viability of firms.

She said: “As the high pricing extends, more members are likely to be forced to stop production due to uneconomically higher energy costs.

“But we’re also concerned the prices reflect the market’s views about the physical availability of gas over the winter.

“In the event of national supply shortfall, our members are near the front of the queue to be forced off the gas network while households are last, and this can happen at very short notice.

“A forced quick shutdown runs a very high risk of severe damage to brick kilns, which can be 100 metres long, operating over 1,000C, and that can threaten business viability.”

Rising energy costs are also expected to hit everyday Britons, with analysts predicting bills could rise by 30% next year.

Research agency Cornwall Insight has predicted further volatile gas prices and the potential collapse of even more suppliers could push the energy price cap to about £1,660 in the summer.

The forecast is approximately 30% higher than the record £1,277 price cap set for winter 2021-22, which commenced at the start of October.

Craig Lowrey, senior consultant at the firm, said: “With wholesale gas and electricity prices continuing to reach new records, successive supplier exits during September 2021 and a new level for the default tariff cap (£1,277 for a typical dual fuel direct debit customer) for winter 2021-22, the GB energy market remains on edge for fresh volatility and further consolidation.”

Energy regulator Ofgem reviews the price cap every six months, and changes it based on the cost suppliers pay for their energy, cost of policies and operating costs, among other things.

In a statement to the BBC, Ofgem acknowledged it was a “worrying time for many people”.

The regulator added: “The energy price cap covers around 15 million households and will ensure that consumers don’t pay more than is absolutely necessary this winter.

“However, if global gas prices remain high, then when we update the price cap unfortunately the level would increase.

“Any customer worried about paying their energy bill should contact their supplier to access the range of support available.”