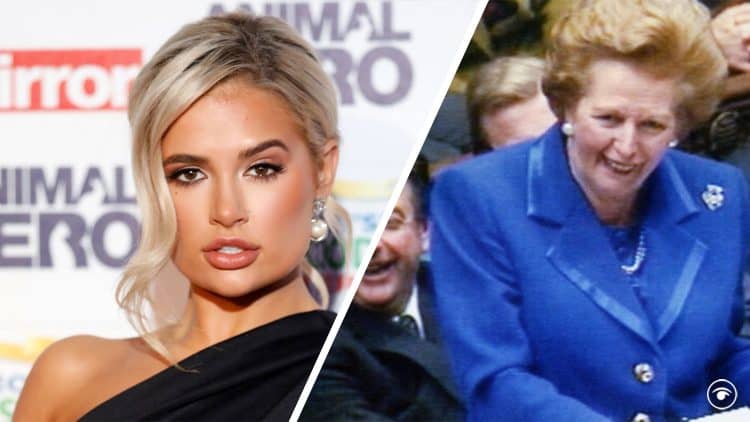 Love Island’s Molly Mae has been compared to Margaret Thatcher following comments about wealth inequality made during a recent interview.

A clip of her December appearance on the podcast series The Diary of a CEO went viral on Twitter this week, with many people calling the game show star ‘tone deaf’.

In the clip, Molly says: “You’re given one life and it’s down to you what you do with it. You can literally go in any direction.

“When I’ve spoken about that in the past I have been slammed a little bit, with people saying “it’s easy for you to say that because you’ve not grown up in poverty, so for you to sit there and say we all have the same 24 hours in a day is not correct.”

“But, technically, what I’m saying is correct. We do.”

“If you want something enough”

She went on: “I understand we all have different backgrounds and we’re all raised in different ways and we do have different financial situations, but I think if you want something enough you can achieve it.

“It just depends on what lengths you want to go to get where you want to be in the future. And I’ll go to any length.”

She then added: “I’ve worked my absolute a**e off to get where I am now.”

The clip was shared on Twitter by @tsrbys under the comment ‘If you’re homeless just buy a house,’ and has been ‘liked’ 28.6k times.

Needless to say, the reaction has been fierce.