Jacob Rees-Mogg was accused of ‘crass’ behaviour in his campaign to get staff back in the office, but it looks like his plan isn't even workable. 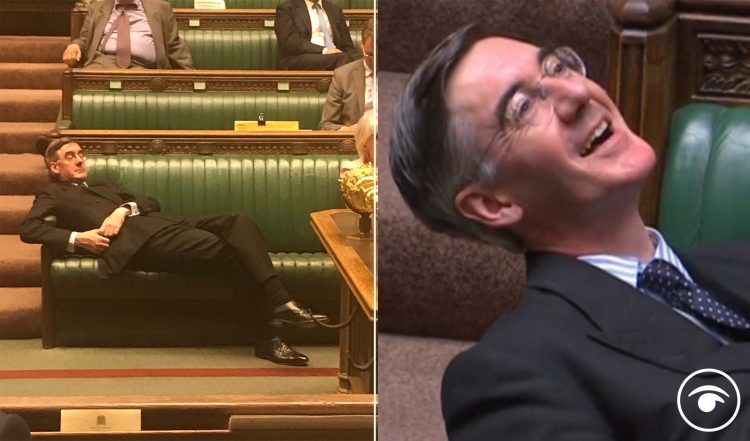 Sky News has revealed that the Department for International Trade doesn’t have anywhere near enough desk space to host its staff.

A Freedom of information request showed that there is only enough desk space to accommodate 22 per cent of its staff in the office.

This will come as a crushing blow to Jacob Rees-Mogg who sent a letter to fellow ministers back in April where he urged them to “send a clear message to civil servants in your department to ensure a rapid return to the office”.

The Brexit opportunities minister was also called “condescending” after leaving notes deemed to be passive-aggressive on civil servants’ desks in an effort to stop them working from home.

He distributed printed cards, which have been left on empty desks in the Cabinet Office department where he is based.

The notes, complete with an official government crest, said: “Sorry you were out when I visited. I look forward to seeing you in the office very soon. With every good wish, Rt Hon Jacob Rees-Mogg MP.”

As you can see from the chart by Sky News there really isn’t a lot of room.

A civil servant criticised the government, telling saying that “trying to arbitrarily force full-time office working, which can often be less effective, is quite stupid, especially when in most cases offices don’t have even space anyway”.

Related: Searches for ‘remote jobs’ explode to highest point EVER in UK