“I expect it’s an unquoted source and we don’t look into elements like that," she said and was then told it came from HMRC. 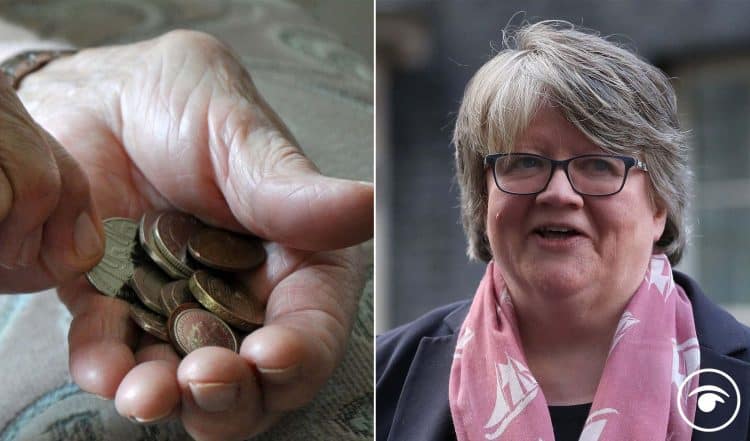 The Work and Pensions Secretary has admitted not being aware of a Government report warning that the rise in National Insurance could increase the likelihood of family breakdown.

Therese Coffey said she “absolutely” backs the rise of 1.25 percentage points to tackle the NHS backlog and reform social care before acknowledging she had not seen the warning from HM Revenue and Customs.

Labour leader Sir Keir Starmer accused the Government of “hammering” working people and suggested that other forms of taxation could be used to raise funds for social care reform.

Official analysis prepared for the Government and released after MPs had approved the National Insurance rise said the impact would be “significant” on economic factors such as earnings, inflation and company profits.

It also warned there “may be an impact on family formation, stability or breakdown” as individuals who are currently just about managing “will see their disposable income reduce”.

Ms Coffey was asked on LBC radio if she is happy to break up families, after she insisted she “absolutely” still backs the National Insurance increase.

“I’m not sure where that comes in on your questioning,” she responded.

“I don’t know where HMRC or any… I have not seen that report.

“I expect it’s an unquoted source and we don’t look into elements like that.”

But told that the analysis came from HMRC, she said: “I’m not aware of it; thank you for bringing it to my attention. I’m not sure I agree with the assertion that is made.”

Ministers have insisted the National Insurance rise is the fairest way to fund the changes needed in the health and social care service.

But the HMRC report said the change will disproportionately affect those whose main income comes from working, rather than from property income, pension income or savings.

Meanwhile, Sir Keir has been under pressure to spell out how his party would fund extra spending for health and social care after Labour opposed the “unfair” National Insurance rise.

“Our analysis is that you could raise this money in other ways – whether that’s capital gains tax, whether that’s on properties, stocks and shares, or dividends,” he told reporters.

“He’s (Boris Johnson) not even trying.