Andrew Lewis, 50, attacked Paul O'Donnell on the opening day of the Championship season - the first football-related death for six years

by Ben Gelblum
in Football, News 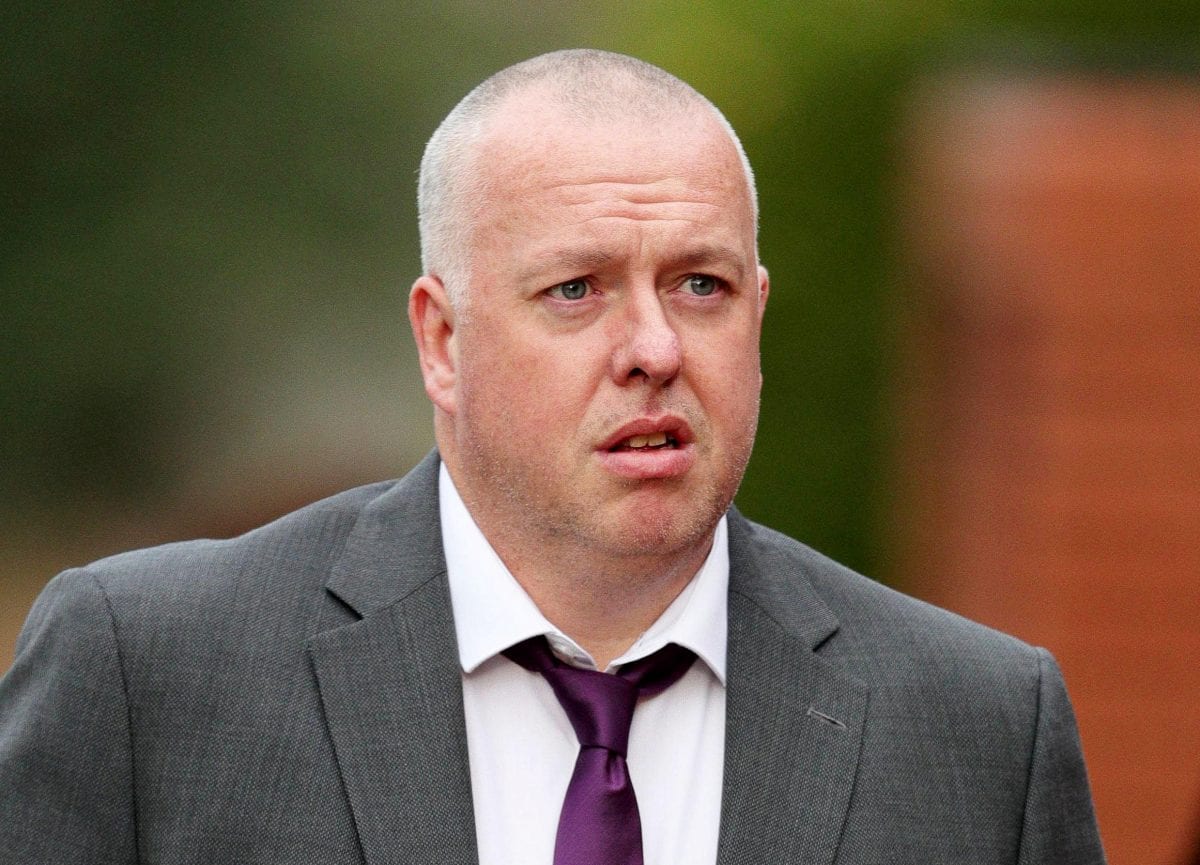 A drunk Millwall football thug has been jailed for two years for punching a rival fan who later died – because he got “p*ssed off” with his banter.

A court heard he had drank seven pints of beer before hitting pipe fitter Mr O’Donnell, 57, in a car park outside the stadium before kick-off.

He admitted he was having “good natured banter” with rival fans but got “p*ssed off” with Mr O’Donnell’s taunts.

Two weeks later Mr O’Donnell, known as ‘Ducksy’, fell down the stairs at his home in New Balderton near Newark, Nottinghamshire, and died in hospital on August 23.

Jailing him for two years, Judge Gregory Dickinson QC said: “You approached Mr O’Donnell and he was looking away and did not see the blow coming, he was knocked unconscious and paramedics took him to hospital.

“There it was found he had a serious skull fracture and bleeding on the brain.

“In interview you expressed your shock at the injury and remorse at what happened.

“The fall down the stairs may well have had nothing to do with the injury caused by you, the expert have advised that it is simply not possible to tell and that is why the prosecution offered no evidence in the charge of manslaughter.

“This was an aggressive act and the man had no means of defending himself as he was looking away.

“But this was a single punch and I accept you had not intended to cause him serious harm.”

The court heard Lewis lashed out at Mr O’Donnell during “banter” with rival fans.

“He fell to the floor.

“He approached him because the deceased was shouting ‘West Ham’ at him.

“Mr O’Donnell was put in an ambulance and was completely disorientated where they took him to the Queen’s Medical Centre.

“At the centre it was recorded that he had a blood clot and a longitudinal fracture and other knock on effects from the blow.

“After that his partner Beverley said he was not himself and lost over a stone in weight, he felt permanently sick because of the pressure in his head and was suffering from memory problems and was essentially bed ridden.

“Whilst out celebrating a Kimberley’s birthday on August 17 he had an accident [fell down some stairs] where he died a few days afterwards.

“Before the game Mr Lewis described himself as ‘jolly’ and was in a good mood and said he was having good natured banter with the Nottingham Forest fans apart from the one that said he had a chip on his shoulder.”

The court heard Lewis has a string of convictions for alcohol-fuelled violence.

“Outside the ground he had an argument with Mr O’Donnell, at that stage they were both giving as good as they got but this is not an excuse – he should never have punched Mr O’Donnell and he showed remorse in the police interview.

“Mr Lewis had seven pints before the game.

“It was simply one punch and he was arrested immediately.

“He is someone who lives a conservative and quiet life and wants to be a good role model to his son.”

Mr O’Donnell is the first fan to die in football-related violence for six years.

In September 2011 Wales fan Michael Dye, 44, of Cardiff, died after being punched outside Wembley at a Euro 2012 qualifier.

England fan Ian Mytton, 41, a dad of three of Redditch, Worcs., was sentenced to three years for manslaughter.

Gillingham fan Barry Cullen, 31, was jailed for the manslaughter of Fulham supporter Matthew Fox, 24, at a home game in 1998.

Ian Hambridge, 15, died when a wall collapsed on him during clashes between Birmingham and Leeds fans at St Andrews in 1985, the same day as the Bradford fire.