Sergeant Laurence Knight, 33, is said to have met the woman, a stranger, in the early hours of July 17 last year while on a stag do. 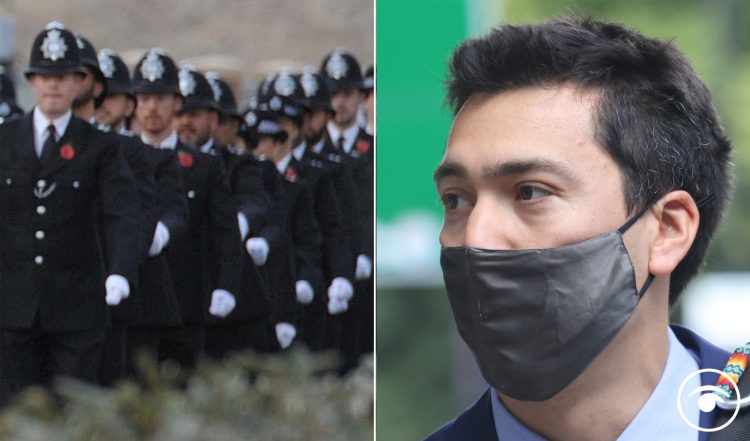 The Metropolitan Police needs to urgently take steps to regain the public’s confidence and trust, the chief inspector of constabulary has said after the force was put into special measures.

His comments come as a serving met police officer appeared in court on a charge of rape.

Andy Cooke said public trust was a “number one” priority for the force after it was named as one of six currently under special measures amid a series of failures, which means it is subject to “enhanced monitoring” by the police watchdog and tasked with drawing up an improvement plan.

The UK’s largest police force was signed up to the so-called “engage” process last month, alongside Wiltshire and Staffordshire. They joined Gloucestershire, which has been in special measures since last year, Greater Manchester (2020) and Cleveland (2019).

When asked what urgently needs to improve at the Met, Mr Cooke told the PA news agency: “Number one is confidence and trust. Absolutely.”

He added: “We all know that there’s a lot of work to be done around regaining that confidence and trust … The new commissioner will certainly have a challenging job on their hands.”

Scotland Yard “crossed the threshold” into special measures after “persistent concerns” about its performance, including incidents which “raised issues around confidence and trust” such as the extensive criticism it faced after the death of Sarah Everard, who was abducted and murdered by serving Met police officer Wayne Couzens, the Charing Cross police station scandal and questions over corruption after the inquiry into the Daniel Morgan probe.

A serving Metropolitan Police officer has appeared in court accused of raping a woman in the sea off Brighton beach.

Sergeant Laurence Knight, 33, is said to have met the woman, a stranger, in the early hours of July 17 last year while on a stag do in the city centre.

Prosecutors say the pair walked to the beach together, undressed to their underwear and ended up in the sea, where sexual activity is said to have taken place.

Knight, attached to Met Detention, the force’s custody command, was arrested on July 28 last year and appeared at Westminster Magistrates’ Court on Tuesday.

Wearing a dark blue suit, pale shirt and yellow tie, he spoke to confirm his name, date of birth and address in Waltham Forest, east London.

He was not asked to enter pleas to charges of rape and sexual assault.

District Judge Nina Tempia granted Knight bail on the condition he does not contact any prosecution witnesses.

Knight, who the Met said has been suspended from duty, will next appear at Southwark Crown Court on August 2.

Scotland Yard previously said he was off duty at the time of the alleged offences.